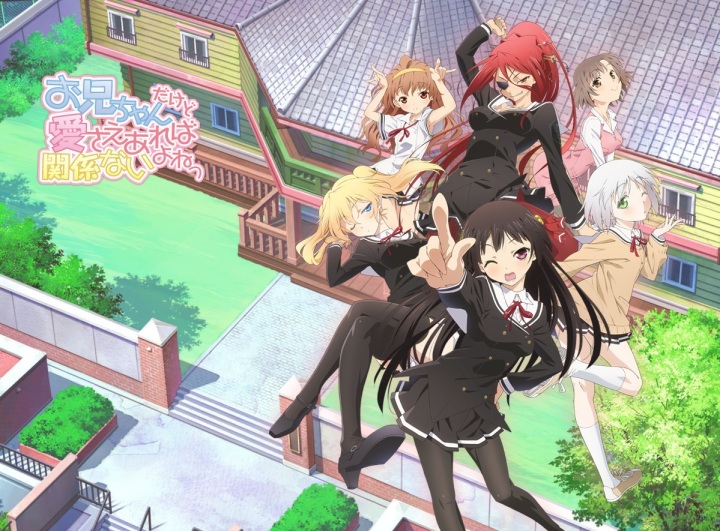 This is a series that’s worth looking into for a variety of reasons. I’d like to get it out of the way immediately and say that I enjoyed this series. Not because this series is good, but because this series has a certain charm to it. It has a certain uninhibited charm and charisma to it that’s refreshing to the eye and to the mind. If harem-ecchi series were more like this one, I probably wouldn’t be as snide about the genre in general.

Let me reiterate: this series is not good. It’s got a buffet’s worth of issues with pacing, characters, logic, and what-not. The one saving grace with this show is that it does not care. Doesn’t care? But isn’t that a bad thing? It depends on the context. The lack of care present in OniAi is something that it uses to its advantage. It makes the show more entertaining through use of not abiding by the standards or the unspoken “rules” of the genre it resides in. OniAi is somewhat of an interesting case study. The entire premise of a potential taboo relationship between brother and sister may turn most people off, but for those (like me) who are interested in the taboo are provided with a show that acts as if the relationship is just another dating sim route (as if others didn’t do the same).

But it’s not the plot or the story that takes the hypothetical cake in this case. That honor goes to the characters, who provide most of the entertainment for this show. Some characters are more enamoring than others, but the general rule in my mind is that the weirder the girl, the more likable they are. With the “normal” characters, they don’t really stand out for the most part, but still play some role in the series. The three most noteworthy characters in the show are Blondie, Sister, and Eyepatch. Obviously those aren’t their names, but looking at the picture above you could pick them out immediately. 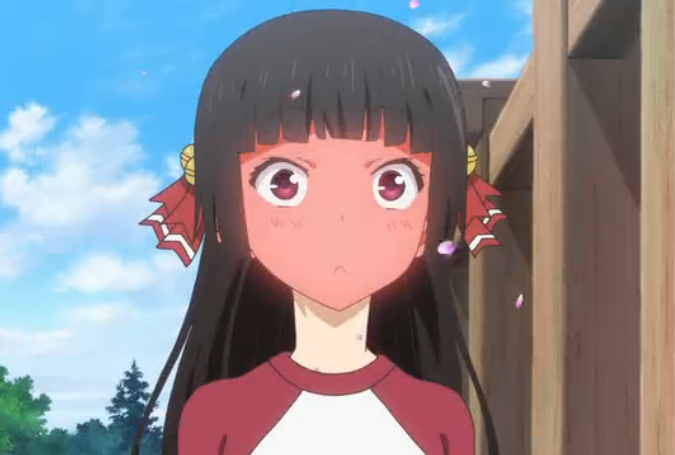 These three characters make the show more than what it really is. The banter between these characters and the walking punching bag that is the male lead (because what harem doesn’t have one?) is delightful and bizarre. How absurd this show is is catapulted by the characters’ behavior toward one another. On the surface, it’s the same harem games that most female co-stars play with each other to win the affection of the male lead. Down below… it’s still that. The only difference is that the characters in this show are likable to the extent of their personalities. They’re archetypes and one-dimensional, but they add enough of a spark and spunk to those personalities that make the show tolerable. They actually instigate their desires for a relationship with the male lead, instead of blushing and holding back at the last second… at first.

As the show goes on, the tone slips into more somber territory. The characters are given more “development” through flashbacks and deep consideration for their situations and their desires. Questions (that were never asked) are answered. Ties are given a starting point (that don’t matter in the end). More characters are introduced and given a bigger(ish) role in the story. Two normal characters, in particular. Though, the original cast are also given some time to think back (again) about their relationships with those around them. Perhaps around the time that Pre-Teen is introduced that the show started to travel down a road typically traveled. And that didn’t sit right with me. I was disappointed that what should’ve been inevitable to me had happened before I even knew it. It began to indulge itself in the clichés that plague its genre and didn’t seem to think anything of it, turning itself into yet another run-of-the-mill, rom-com harem with a taboo premise. All of the characters became sterile and the energy was slipping with each passing episode. Not to mention, they started to paint the main character differently depending on the girl he faced, kind of like to ensure he would be found appealing to everyone possible. Fuck him. 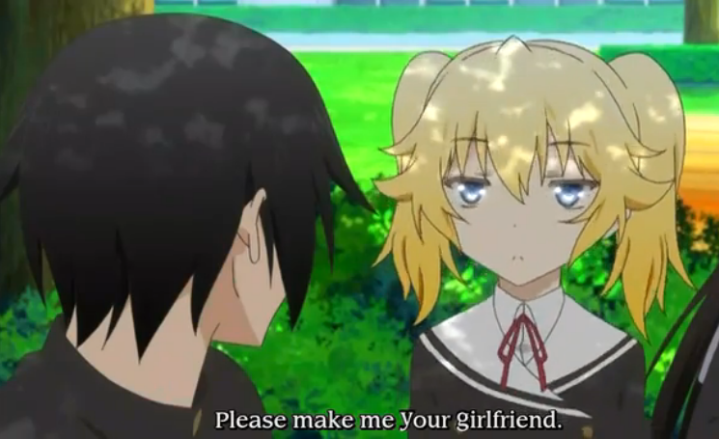 The art style of the show is also a saving grace. Each of the girl’s are very pretty and the male lead looks bland and fully self-insertable. I won’t say the same for the fan service, though. Something about the thickness to the lines of cleavage and shadows and shines and blush and everything just felt… overdone. It wasn’t sexy due to it being too sexy. They tried very, very hard to make it as appealing as possible, which made it look fake for the sake of showing as much as possible to not warrant censors. Not much was done for extraneous animation, either. It was pretty simple overall, just had a nice gleam to it. Sound was something I actually noted while watch OniAi. It helped with the overall appeal of the show and suited the archetypes of the characters present.

I had just done a Top Ten on the anime that crashed and burned, and after finishing this one, it’s definitely one that could’ve been an honorable mention. It had a unique charm to it through use of its spirited characters and their willing desire to tease and show affection towards the male lead. Unfortunately, the longer it lasted, the more it began to submerge itself in the pool of standards that its genre falls prey to. It felt as though the series was concerned about the development of the characters after doing nothing of the sort at the beginning of the series, so they did it all at once near the end. It’s jarring and the tone came off as irritating and predictable, not to mention it soured, by that time, my lukewarm impression of the male lead and some of his more casual vixens. It was an enjoyably dumb series that I don’t regret watching, and even find underrated in some regards. But it didn’t close the deal, and its rating from me suffered for it. Still, the light novel source material isn’t something I would pass on.