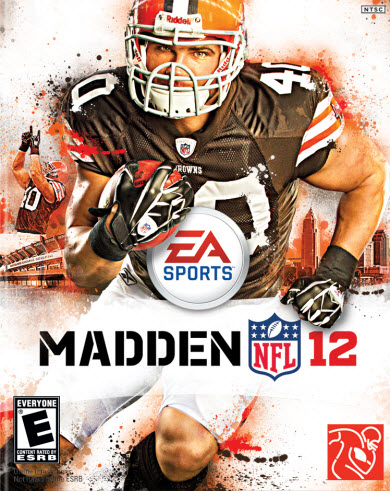 Once upon a time, not quite five years ago, I was a fledgling fan of football. I watched about half of Super Bowl XLV and became intrigued with the prospect of an athletic sport for the very first time in my life. However, it didn’t come immediately. I didn’t watch the start of the 2011 season nor did I keep up with news of the offseason, so when I finally did begin to follow the sport in late 2011, I still didn’t know anything about who was good, who was bad, or who anyone was on any team. One pivotal component that helped coax me into making those names familiar to me is the subject of today’s entry: Madden NFL 12, or just Madden 12.

Aside from perhaps World of Warcraft, I have sunk more hours into this game than any other game in my entire life. Bold statement, I’m aware, but I don’t doubt it for a moment. When I first got into football, this game was like heroin. Combine my growing love for football with my already-present love for statistics and data and you have someone who can find amusement in a game like this for years on end. “Years” wasn’t a typo either; I play this game to this very day. I played it yesterday, in fact. I couldn’t quit this game even if I tried. Sadly enough, I have tried. Three times.

For those unfamiliar with the series, Madden is a collection of games that come out every year to capitalize on the ever-changing sport of football. The number corresponding with the game is the year after its release year. The only exclusion to this, to my knowledge, is Madden 25, which celebrated 25 years of Madden games. Changes between games are typically minimal, such as roster changes, updated logos or uniforms if the real-life team chooses to change them, updated rule changes, and the occasional “gimmick” function. Madden games usually try to introduce some new function to the game with every release, whether it be improved tackling, enhanced graphical humanizing of players, or the “vision cone.” There are slight differences, sure, but they’re typically all 80% the same at their core. Such is the business of yearly game releases. 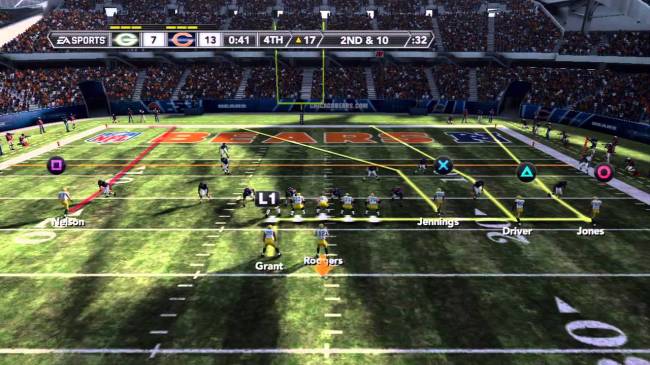 I’m sure some of you reading will ask, “What sets this Madden apart from others?” Simple: it’s the first one I played. I realize this sounds like an excuse, but it’s really the most I can accurately pinpoint. I’ve only played one Madden game after this and I didn’t enjoy it nearly as much as I do this game. Why? Well, it just didn’t feel the same. I couldn’t tell you.However, there is one feature missing from future games that Madden 12 has at its disposal: Create-a-Team.

Now, that’s not to say you can’t create your own team in future Madden games, but they complicate it by making you pick a real team and then move them to a new location at the end of the season. So, you have to simulate an entire year of action just so you can access the creation menu. And even then, the creative freedom the player has is incredibly bare-boned. In Madden 12, you scroll through the main menu, pick “Create-a-New-Team,” and you’re there. No hassle. No waiting. The options given to you in Madden 12 are still fairly limited (Why the fuck can’t I put numbers on their god damn shoulder pads?!), but it’s leagues better than future titles. Regardless, this is where a huge chunk of my playtime has gone to: creating my own team and building a franchise for them, complete with real and custom players abound. For whatever reason, the game is a lot less entertaining when I try to play with a real team. In fact, that very statement might be very telling about my overall opinion of this game.

I am able to spend years of my life playing this game because I can create my own scenarios outside of the possibilities presented in the game. I can make my own storylines, my own rosters, my own games and how they play out (typically). I can play this game for years because I’m creative enough on my own to keep it entertaining through the use of what is essentially an adult version of “playing pretend.” Madden 12 itself isn’t really the whole experience for me, but the catalyst and the visual structure that I require in order to transport my imagination into reality. In a sense, I’m glad the game modes are so empty of any realistic content or pre-established goals of the sort, because I can make my own. In a really fucking stupid way, this game is my Minecraft: a game that allows me to build my own fun through use of my own creative endeavors. It simply provides me with the tools to do so. 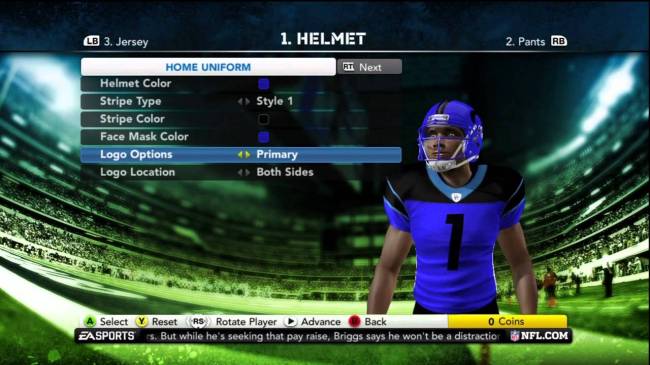 This proclamation I’m making is fine and dandy for me or anyone else like me, but it really doesn’t paint a good picture for the game on its own. To be frank, the game isn’t really that great. It gets boring really quick, honestly. It’s simulated football without the drama, the story, or the weight of any sort of tension. The players have (very) little to no personality—hell, most of them don’t even have accurate faces. The statistics are fun and playing with individual players’ stats is lovely for a control-freak like me, but it’s always the teams with the best stats who are winning games. There are very few upsets in Madden when put into simulation. It’s typically the Steelers and the Falcons in the Super Bowl whenever I simulate an entire season, because they have the best all-around team stats. Other game modes, aside from Franchise Mode, include a “Become an NFL Superstar” mode that’s little more than Franchise Mode but with practices, no control over any team aspects that don’t have your character involved, and an RPG-like point system that goes towards upgrading your player’s stats, which is bullshit because your entire team contributes to your performance. If your team plays like shit, you get less points, and it becomes harder for you to get any better because the AI of your team is the equivalent to a ten-year-old with brain damage. There’s also an “Ultimate Team” mode where you collect player cards to act as a team and, while it’s a nice variety, is still really boring.

It’s just football. If you love football, and I mean love football, you’ll love this Madden and any other Madden that ever comes out. For me, though, I love the emotion, the drama, the tension, the story, the weight, and the intensity of football and the human aspect that Madden tries to incorporate, but fails miserably. Fortunately (or not) for me, I can create that passion on my own, but for those looking for something more should probably just stick to real football. In any case, the game has been a prevalent part of my life for the past four years or so. I wish I could get yearly updated rosters so I’m not always seeing Donovan McNabb play quarterback somewhere whenever I start a Created Franchise, but I can’t have everything. And for what it’s worth, this game will always be a testament to how much I loved football when I first got into it, so in a sense, this game is already nostalgic to me. To top it off, I was (and still am!) able to recognize about 70% of the players that make up the NFL by name alone because of this game. It’s a fun experience and a learning tool. Who knew?