Watching this series has really taken a toll on me, but probably not in the way you think. For those of you who are familiar with the show, Claymore is a series with a lot of heart. It’s emotionally stimulating in both dramatic and traumatic proportions. It deals with the concept of death in just about every episode. Emotions, retribution, atonement, strength, determination, empathy, humanity, courage, denial—

The central problem with Claymore is this. It’s so persistent with beating the viewer’s head with the emotional and philosophical messages of war and camaraderie and dealing with these issues. It’s not that it simply shows off these subjects either, it actually tells you. Over and over and over and over. This series has a gross tendency to tell fucking everything. It goes something like this:

The main character, Clare, is battling a giant monster. She swings and misses.

Another character: Oh. She doesn’t have the speed to catch up with that giant monster. I don’t think she’s going to live.

Clare starts glowing and gains a massive amount of speed.

Another character: Wow! How did she gain that amount of speed? Does she actually have a chance to win?

Clare hits the monster once. It screams.

Another character: I see. Hitting the monster with a sword with enough force causes damage to it. The tides of battle have turned.

The monster retorts and punches Clare in the face.

Another character: Ah, so it seems Clare isn’t made of diamond steel. If she gets hit like that, she will surely sustain damage. Hrmm.

Clare babbles on about her destiny or something and then strikes the monster with a massive blow.

Another character: It seems the proper way of defeating this creature is for Clare to access her inner emotions and strike with all of her power. This is an impressive display of power.

Obviously I’m exaggerating (and the event is slightly fabricated), but this sort of battle commentary happens quite often. Not only with people watching from the outside, but people involved with the fight, too. Oh yes, Claymore is a lot like Dragon Ball Z in this regard. Enemies talk and talk and talk and talk and talk, instead of doing something to end the battle. Not only that, but the series, especially near the end, constantly shuffles powerful enemy after powerful enemy—all of them seemingly more powerful than the last. It feels so amateurish to prolong the battle with idle conversation or bully-like baiting. While the anime seems mature on the surface, the fights within scream “Teenage battle shounen.”

But that’s not to say the series is just a mindless fight fest. It has a variety of characters and introspective moments that do a good enough job developing the characters as likable people. Only problem is, while the development is there, and it develops a nice amount of characters, some get better treatment than others. I can say that by the end of the series, I genuinely liked a total of three characters. Thankfully, one is Clare, the main character, but the other two are characters that don’t get a lot of screentime. When the series isn’t constantly spouting THE POWER OF EMOTIONS, I think it does a good enough job of putting character motivations in a realistic light. It’s not always so insightful, but it’s basic enough to get the point across.

Except Raki. Fuck Raki. He’s a mindless, useless waste of screentime who doesn’t provide anything to anyone or anything other than this stupid obsession with strength via love. God damn it all. It ruins the mood of the series. I mean it, too. Raki single-handedly makes the series far, far worse just by being important.

Speaking of “mood of the series,” here’s something Claymore has in common with Shingeki no Kyojin: strength of world-building through atmosphere. I liked the constant tone of fear and helplessness that’s present all throughout the series’ run. The fear of Claymores in general is a little dumb, but a war-torn civilization on the brink of destruction from evil beings called “Yoma” is a nice way to reel in viewer interest. They also go a little overboard with the “helplessness” aspect with the “stronger villain every episode” angle, but that doesn’t become an issue until the last ten episodes or so. At least they have people die in this anime. Plot armor exists, certainly, but people die at least, and they reflect on it. 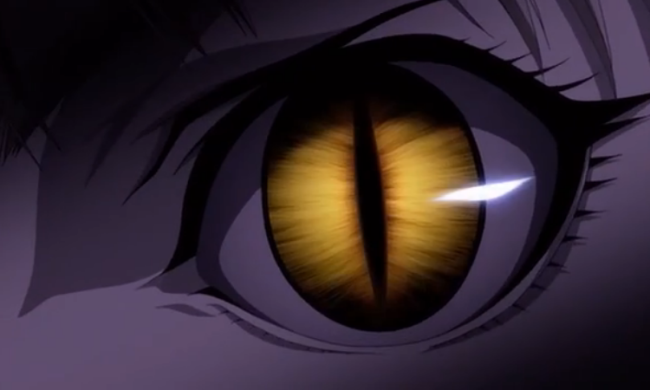 But I cannot get over the amount of clichés that this series incorporates. I’ve already gone over a few with the prolonged battle discussions, stronger villain every week, stressed importance of showing mercy, and THE POWER OF EMOTIONS, but this series goes over so much that it’s hard to keep track of ’em all, and it really drags down the enjoyment for me. It makes the series plain, predictable, and uninspired, when it could really be something special. A friend of mine even mentioned that the series “didn’t seem so meh-ish.” And it doesn’t, based on the cover and synopsis. Unfortunately, exploring it further is a prolonged journey of things you’ve likely already seen in other shows like it.

Oh. I guess I should say something about the animation. It’s an acquired taste, as character designs aren’t exactly “kawaii.” They’re realistic and stylistically bland. These girls aren’t really “cute” as much as they are beautifully powerful (All Claymores are girls because why not?). The animation and fight scenes, when the combatants aren’t staring each other down and talking shit, are generally riveting and appealing to watch. It made the series more enjoyable as well, especially with all of the creativity put into making the monsters look as fucked up as possible. If only battle sequences didn’t last nearly a full episode, with flashbacks plastered in-between every couple of minutes.

It’s a series that could’ve been good, but isn’t. It’s meh. It doesn’t seem meh, but trust me, it’s meh.