Well, this is a little different. ReLIFE came out three days ago… however, every episode came out simultaneously. So it was airing for a day, then finished the same day. One of the rules to the Summer is that I can’t watch any currently-airing anime. I was going to watch this anime on the side while continuing with the Summer, only to see the series wrap itself up in a single day. So, I thought “Why not?” and decided to add it as entry #17 for this year.

ReLIFE, like most anime I decide to view, has an intriguing premise. A 27-year-old man who can’t hold a job is approached by a random person offering him a chance to conduct an experiment. He will take a pill that will make him look ten years younger, and will re-enter high school as a sort of do-over. Shenanigans are inevitable from this, no?

I’ll get this out of the way first and foremost: I really despise when a series presents an idea that is unrealistic and makes zero attempt to explain how it would be able to work in the context of that setting. That is to say, I hate when fantasy becomes fantasy for the sake of being fantasy. I enjoy detail and some attempt at an explanation as to why miraculous things happen, whether big or small. It was one of my biggest problems with Erased, where his ability would transport him to random points in the past because who cares? Judging by my comments, I’m sure you can assume that ReLIFE is also guilty of never truly explaining itself, which would be correct. The pill can make you look ten years younger, fine, but how? Where’s the science behind it? Who’s funding the science? Is it public knowledge or a secret organization? If secret, what happens if the test subjects decide to spill the beans to the public? There are so many logical leaps that this series takes that I really wish would have been addressed to some degree.

This series is almost like if Erased and No Game No Life had a high school-setting baby—Erased for the do-over conflict and No Game No Life for the enhanced knowledge and/or ability of the main character due to their background in a familiar, yet new setting. Don’t let this comparison fool you, ReLIFE as a structure or mood doesn’t feel at all similar to the previous two, but I feel it could’ve drawn a lot of inspiration from the two series, as it takes everything that makes them bad and puts them into a confusing, mingling mess of fantasy and romance and emotions and comedy and angst and everything else under the genre rainbow. 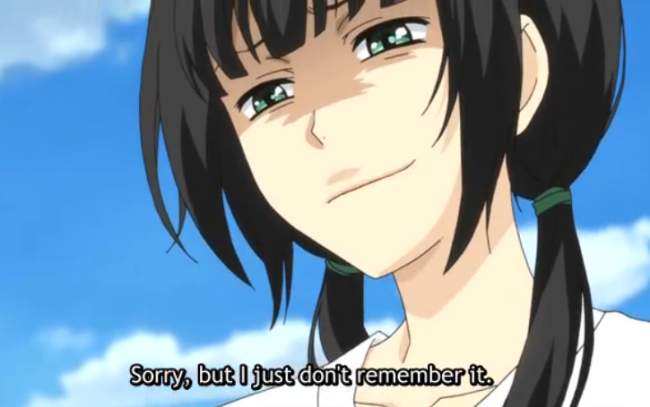 There’s a lot to say about this series, so I’ll start with the positives: there are some genuine moments of individual identity that ReLIFE takes with resolving conflicts. In episode four, specifically, characters apply the genius-notion of basic communication skills in order to untangle themselves from a messy chain of misunderstandings. These kids (and adult in a kid’s body) realize the importance of being honest even if it hurts! How enlightening! Even in the final episode, the characters say what they want to say with hardly any hesitation, which makes for some refreshingly amusing interactions. The relationship between characters, at times, provides a sort of innovative type of drama, a good type of drama. Drama that is brought upon by being honest. Feelings are most beautiful when they’re genuine, and being goody-goody is almost never genuine.

The comedy is also fairly appealing. It isn’t too prevalent, as while this series is light-hearted, it retains a serious overcast, but when it decides to make use of characters’ flaws as comedic weapons (most notably with Hishiro), it doesn’t hurt. Had this series been more focused on developing the characters using comedy instead of soul-searching journeys and melodrama, I feel I would’ve been more invested in what I was watching. It has this sort of charm that makes the characters likable on the surface, but nothing much more than that. Unfortunately…

ReLIFE really, really, really enjoys drama. Drama of any kind, whether it be melodramatic self-comparisons between characters or us-versus-them drama or traumatic situations or dealing with—blah, blah, blah, blah, blah. This series is so pretentious in its delivery of drama that it comes across as childish and almost like fanfiction, where the main character magically has all the answers and an innate ability to make everyone love him. And when the main character isn’t directly involved, the characters become lost in their own misery and self-loathing. The plot relies on the likability of the characters and the viewers’ empathy for their problems as a gamble, and it doesn’t pay off… well, for me, anyway. Many others seem to disagree with me.

That being said, fuck Kariu. She is so unbelievably angsty and unlikable that she drags everyone into the dirt with her. 80% of the melodrama of the show comes from her and she never seems to learn her lesson. She’s constantly berating herself and refusing the help of others, when it becomes obvious to everyone but her that she’s forcing herself into a depressing rut. Her problems are always through misunderstandings and made worse by not saying something. Despite this show resolving things by use of said “saying something,” the journey it takes to get to that point is long and painful. Take her out of the show and it would be so much better.

On another note, fuck Kaizaki. I try not to use this criticism very often, as I understand there’s a lot of leeway out of using it, but Kaizaki is so much like a self-insert that this series may as well be a harem in disguise. Everyone loves him. He solves every situation by talking emotional nonsense. To top it off, he’s a loser. He sucks at studying and has anxiety and struggles with basic communication skills… despite being able to riddle off emotional nonsense like it’s nothing. What’s even worse is that the show tries to pass him off as a NEET, which implies that he’s afraid of growing up and can’t really deal with outside settings or handling the responsibilities of adult life. I’ve seen Welcome to the NHK!. Kaizaki is not a NEET. If he is, he’s a pretty high-functioning one, because I would have never placed him as a NEET outside of the fact that the show tells me he is one. What it doesn’t do is show me that he’s one. The show expects you, like a lot of other anime, to just go along with what’s being told to you, instead of giving you some visual cues to support what they’re saying. ReLIFE doesn’t really show anything to me. There are some explanations later on in the series that explains Kaizaki’s lack of motivation and inability to handle steady work, but even that feels like a cop-out. The entire series cradles the main character’s descent into “NEET-ness,” instead of, dare I say, show him in a negative light!

The rest of the cast is rather hit-and-miss. I think Hishiro is humorous from a comedy standpoint and is probably my favorite character because of it. Otherwise, characters are either important only in spurts or are so bland that you don’t care that they’re important. Is it sad that I find the adults in kids’ bodies more likable than the kids themselves? Because I do. Only problem is that a lot of them are unrealistic. Kariu, Kaizaki, and Oga, specifically, are characters that are hilariously one-dimensional or otherwise unlikable. That, in turn, kills the dramatic scenes and the emotional outbursts. An was cute, I guess, while Yoake was a little more developed than most characters, though the development is limited to in-between scenes and a single flashback episode. 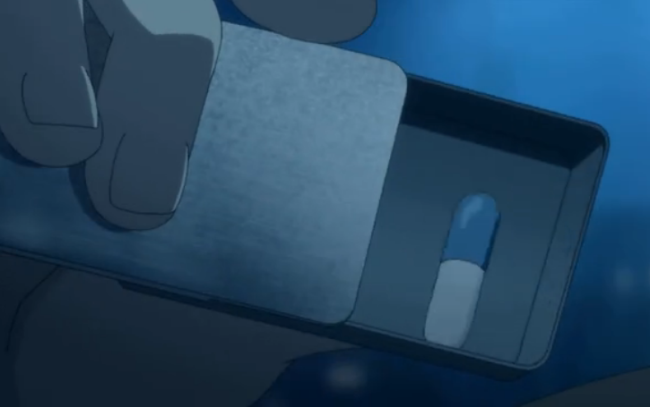 Designs for ReLIFE were also pretty standard. The only real difference I saw between 27-year-old Kaizaki and 17-year-old Kaizaki was a longer face, so good job? Otherwise, people looked realistic, but uninspired. An, again, is cute, which is appealing only for the sake of aesthetics, while other characters are just there. The backgrounds aren’t really spectacular and the premise to the show doesn’t allow for a lot of creativity with the characters’ appearance or key settings. Man, this show doesn’t really have a lot going for it, does it? At least it has cute expressions. Color me cutesy, but for whatever reason, I really liked the cat symbol messages that Hishiro would occasionally send Kaizaki over I.M. That is incredibly random and also a blip on the entire series, but it’s something. Characters’ expressions in response to others’ misfortunes were also pretty good. Again, this show probably would’ve been better as a light-hearted character study, but rather went with the pseudo-psychological boot camp.

Could it have been good? Maybe. I think many premises with ones like ReLIFE have the potential to be good, but this interpretation comes across as fan service. It’s almost like any appeal people would get out of this show is imagining oneself within the show and entertaining the different ways they’d go about it… kind of like No Game No Life. As it stands, a cynic like me would obviously tear it to shreds. Food for thought, I suppose. But I can understand why people could relate to this show. That doesn’t mean I don’t despise that understanding, but it’s not my right to force people into my own. In any case, ReLIFE is a series worth watching, but only for scientific study. I wouldn’t be at all surprised if other cynics would drop this show upon the second episode.