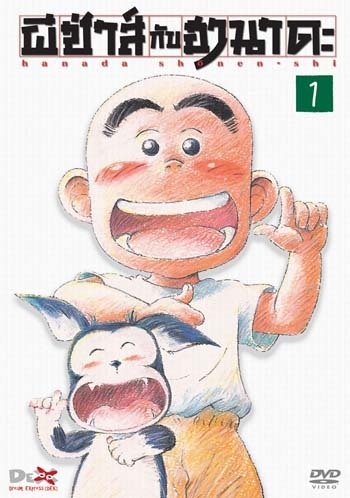 If you could consider this show a slice-of-life, it’s a damn good one.

Early on, I thought to myself that this story is actually quite similar to Mushishi in structure. It’s fairly episodic and it stars a single male character (in this case, a bratty child) who interacts with spirits and assists them with their troubles and past grudges while alive. Though, as one who hasn’t seen Mushishi, I can’t be certain how similar these two series are, but by the halfway point, I felt that Shounen-shi had developed a style of its own—that while similar, it isn’t quite the same.

Before any other aspect, I’d like to focus on Shounen-shi‘s art direction. This is an anime made in the early 2000’s that was adapted from a manga published in the mid-90’s. However, I’d argue that the design could be dated back to a time even earlier than that. This anime feels distinctly late-80’s or early 90’s to me. Back to a time when “moe” wasn’t even considered a thing, and when characters in anime actually looked their nationality. This is not the bright and colorful swarm of animated flair that anime of today tries so hard to strive for. It’s a simple, down-to-earth sort of style that reaches back to the olden days. However, this doesn’t necessarily translate to “good.”

The appreciation one has for the design and overall animation (which I think flows smoothly enough) is entirely subjective. It’s an all-ages (aside from language and comedic nudity) rendition of humor and depiction of home life. Lots of tears, snot, piss, and other bodily fluids are shown in full glory throughout. When someone cries, they have a fountain of snot running down their face. When someone is scared, their eyes and mouth transform to sizes far too large for their faces. Lots of the kids’ comedy relies on slapstick and name-calling, along with making fun of differences in others. It’s a rather simplistic atmosphere that is highlighted by the design, and for that it prospers, but unless you like that sort of thing, you’ll be missing the designs of modern titles. 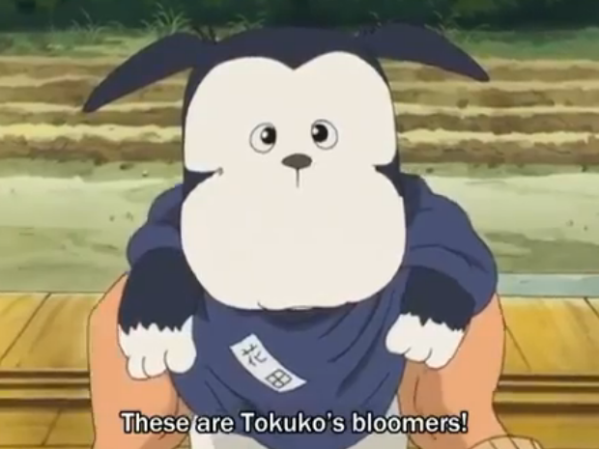 Speaking of atmosphere, it’s a different one in Shounen-shi. Never have I seen so dysfunctional a family in anime as the one I’ve seen here with the male lead. They absolutely love and care for one another, but the animosity they have between them would imply the household is inhabited by a bunch of children. This, however, is also highlighted by the fact that the family is poor and (implied) without a lot of proper education. And the households of other characters with family members who are successful or uphold some sense of honor or spiritualism seem to be a lot more considerate, well-mannered, and structured. While the aim of the show seems to be of a light-hearted slice-of-life, the social commentary with the behavior of families throughout the small town seems ripe with intrigue. Though, they never explore it.

The stories told that revolve around the main character are rather trivial, and is probably the biggest flaw of the series. I can understand that a lot of people have regrets in their lives and desire that second chance before feeling comfortable moving on, but to make that the basic message for almost every story? It gets a little tedious. The sum of most stories play out like this: ghost appears before male lead wanting a favor. Male lead either tells them to fuck off, leading the spirit into forcing him to comply, or accepts. Through a series of events, the spirit learns something about themselves or the person involved with their dilemma and grows from it. The spirit moves on and the male lead gets in trouble for some reason. Very little does it break from this type of set-up, and it even makes some use of it with other recurring characters’ problems, too. Which, for the sake of character growth throughout a series, makes this admirable, but ultimately, I’d like to see a little variety, too.

One other marvelous thing concerning character growth is the male lead himself: Ichiro. He’s a nine-year-old troublemaker who is constantly being punished, has horrible grades, and only thinks about having fun. Through use of getting to help spirits and learning about their experiences in life, he grows himself as a witness to these tragic tales. By series’ end, he becomes someone worth admiring, and someone who still retains his core personality while also remaining his age. The growth of Ichiro is marvelous, and while it isn’t always absolute, he always plays back to the feelings of others rather than himself, in spite of his immature ways. 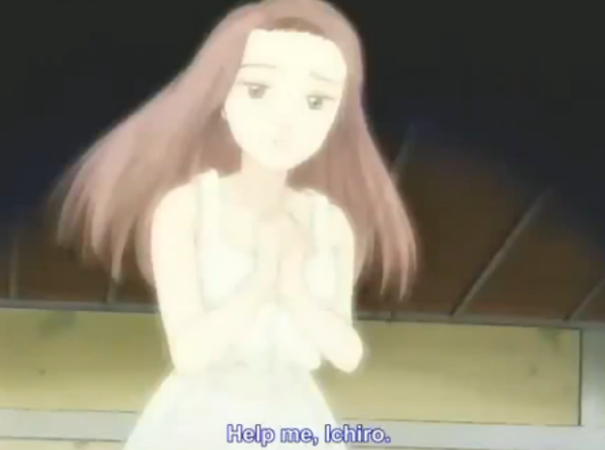 The structure of the anime, as I mentioned above, is rather episodic in nature. Lots of one-episode stories that play back-to-back at random points in time, with vague hints at time progression. Later on, stories will become two episodes long, with the final story being a whopping four episodes long. Interesting note about the way the stories are set up, too: the first episode ends on a cliffhanger, and immediately cuts to a different story as if it never happened. This confused the hell out of me, leaving me to look up the episode list to see if the website had made a mistake in episode order. Turns out, the first episode cliffhanger isn’t continued until episode thirteen. I found this incredibly strange, but otherwise intriguing. It also implies that the first episode is actually far into the fact that Ichiro can see ghosts, as the first episode also neglects to mention much about the accident or anything else from it, waiting until episode twelve to get that all settled.

I think characters are probably the biggest strength of this anime. There’s a charm to the feel-good atmosphere to this show, and everyone enjoys a happy ending. Seeing a happy ending five hundred times is kind of grating, but that may just be me. I can see why this anime, while underviewed, is rated so well. It’s very sentimental and relies on tragic tales with happy endings for the bulk of its mass. People eat that shit up. The recurring characters all have their own weight to the story at some point or another, and even when the spotlight isn’t on them, they make themselves known to exist, which is a nice touch. I feel the series is a story nurtured with wanting to be a pleasing, healing anime, focusing on dealing with tragedies and the lives we all have to live and being able to choose how to live them. Lots of “parents telling kids how to live their lives” plots in this anime…

I’ll be honest, I didn’t expect a lot from this show based on the cover alone. I thought it would be a childish display of trying to pull my heartstrings with calming shots at nature and kids being stupid kids. Turns out the kids share the roles with adults in terms of importance, creating an environment that doesn’t chastise nor cherish the decisions made by people throughout their lives, so long as they find their solace at any point during, or after their lives. It is, essentially, an anime telling people to be happy, while displaying the simplistic and realistic design of an anime from years ago as a sort of selling point. Does it sell? It does for me. It could for you, too.