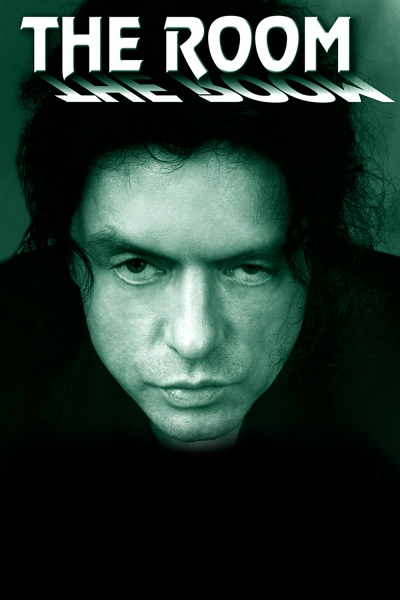 Everyone should experience this movie at least once in their lifetime. If not for a lesson in how to make or critique a movie, then as a two-hour trip into the realm of a man so bizarrely out of touch with reality that his movie tiptoes along the fields of absurdity, painted in the coat of trivial, daily life. The Room is a visual re-imagining of a mental fanfiction conceived by a self-absorbed man whose past remains a mystery to all but himself.

This man is Tommy Wiseau, the star, director, writer, producer, and all around fun-loving guy featured in his own main attraction. Back in the early 2000’s, he hatched an idea to make his own movie because why not? The Room became a reality in 2003, but it wasn’t until the rise of Youtube and other video-streaming websites that the movie became as infamous as it is today.

The Room came into my life via The Nostalgia Critic, who did a review of the film back in 2010. It was, by far, my favorite review the Critic had ever done, but whether that was because of the Critic himself or the movie he was reviewing is a mystery to me to this day… a mystery I don’t care to solve. In any case, some years later, my mother managed to obtain a physical copy of the movie, and the family sat and watched it together  soon afterwards. Needless to say, we all became much closer by movie’s end. Even to this day, we reference various movie quotes to one another. The Room has that obscene power.

The movie is about Tommy Wiseau as Johnny… Wiseau, maybe. Last names don’t exist here. He lives in a beautiful apartment in beautiful San Francisco (probably) with a beautiful girlfriend surrounded by beautiful friends with a well-paying job and respect from everyone he meets. However, things go a little haywire when his beautiful girlfriend, Lisa, begins to have an affair with Johnny’s beautiful best friend, Mark. This one event snowballs into a catastrophe waiting to happen as deceit and paranoia begin to weigh heavily on Johnny’s beautiful mind. At least, that’s what’s supposed to be happening, but the movie tends to break its own tone every once in a while.

The tone is the least of its problems, however. Anyone who already knows exactly what this movie is is aware that The Room is considered one of the pioneers of the “so bad, it’s good” movie genre. Along with titles like Troll 2, Birdemic, and anything by Neil Breen, The Room is famous entirely for its atrocious writing, simplistic (and nonsensical) plot arcs, eternally flat characters, and acting so putrid that one can’t help but guffaw at the lack of any effort. It somehow manages to conceive a world that contradicts itself after every other scene, yet resembles the outlines of a story enough that it actually works as a standard film. It’s not a movie that is intentionally trying to be goofy, weird, bad, and random. This is a serious film; directed, written, produced, and starring a man who put every ounce of himself to make this movie the best he could possibly make it. Someway, somehow, he managed to make the film charming in its incompetence, leaving viewers to wonder if The Room really was the best movie they’ve ever seen… comedy-wise, anyway.

I have seen this film a multitude of times, and it never grows old for me. I’ve seen other movies that were “so bad, it’s good,” but The Room was the film that introduced me to the genre, and what a great introduction it was. Ever since, I’ve seen a large rise in movies wanting to emulate that sort of magic that makes movies of this genre so enjoyable, but not many of them succeed the way The Room does. I think the key component into making a film like this one work is that someone has to believe it’s real, that it’s serious, or that it’s what others (or themselves) want to see in an actual movie. You cannot properly replicate the feeling of missing the irony so hard that it ends up driving you off a cliff without you noticing without honestly feeling that way. People want to parody or draw inspiration from these kinds of films, but the way I see it, those who are aware that their movies are “so bad, it’s good” will never obtain the levels of absurd hilarity and nirvana of those who don’t have a clue. Much like athletes or child prodigies, being able to produce a movie like The Room successfully is a gift. It’s not something that can be fully replicated by hard work or motivation. One can damn well try, but will likely never hold a candle to those trying to lighten up a darkened room with their smiles.

It’s a movie I cherish deeply, and has inspired me to do my best in every way without fearing failure. Because I know, deep down, that I will never become the one responsible for creating the best worst movie of all time.