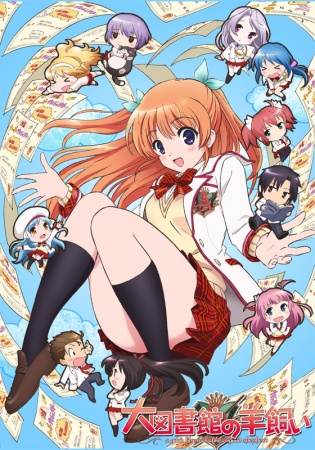 Any experienced anime fan is already aware that adaptations of eroge visual novels in of themselves hint at their questionable quality. Much in the same vein as video game adaptations, anime based on eroges tend to have a sense of pandering to already established fans of the series as well as trying to woo those who were on the fence about it. Because of this, not a lot of effort is put into making the series more than what’s on the surface, and for eroge novels, that usually isn’t more than cute girls forming a club or something of the like, as is the case with Daitoshokan no Hitsujikai. There is a bit of a catch, however, as there’s a darker subplot to the story that, initially, I didn’t think would be taken seriously. As the series rolled on, it became clear that the series would incorporate everything it could to make it more than cutesy humor. That is both a blessing and a blunder.

What immediately comes to mind as an understandable comparison to this anime is Koi to Senkyo to Chocolate. Both are adaptations of an eroge, both center around members in a club with a darker subplot going on in the shadows, and both have similar art styles… I think so, anyway. The series are the same in essence, but different in their execution. Chocolate takes its darker undertones and exploits them to near intolerable means, while Hitsujikai takes everything that it has going and crashes them into one another at every turn. It’s what one would describe as “aimless,” with the series seemingly not knowing what it really wants to do with itself.

Aimless, pointless, without substance; all of these things can be used to describe this series. By series’ end, the characters, the plot, and everything in between likely won’t have much of an impact, much in the sense that candy isn’t very filling. Nevertheless, candy tastes quite good, and Hitsujikai was an enjoyably messy anime that hit just the right spot for me. Instead of having me monotonously explain why everything about this series is uninspired and safe—things people are already wary of of an eroge adaptation—allow me to give some reasons as to why you should at least try the series out. And why I think this series is underrated (Ranked within the #3,000’s on MyAnimeList). 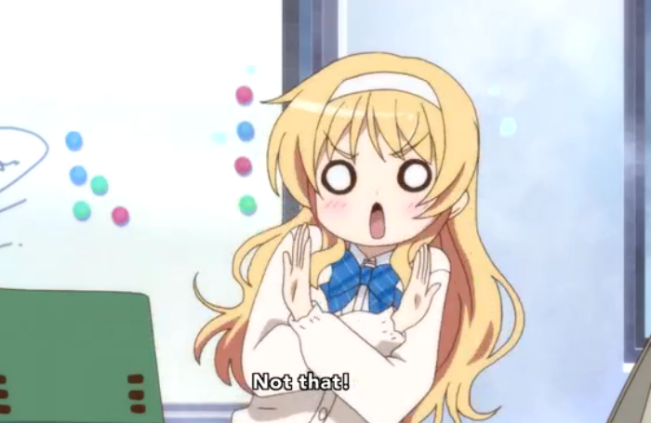 1. This anime is humorous.

Perhaps this claim is subjective due to the differing opinions of what most people find funny, but Hitsujikai managed to get a smirk out of me every few episodes or so (that were geared towards comedy). I don’t typically find most anime funny, either. I can count on one hand the number of times I’ve guffawed upon seeing a joke in an anime. The writing is surprisingly clever at times, with a key emphasis on over-the-top reactions and the occasional parody of anime tropes. It’s done more to move my jaw muscles (positively) than most series within its genre. It’s not exactly “funny,” but enough for me to feel that the average anime fan would enjoy what’s being given to them.

Y’know how male leads in harem anime are the worst thing ever? Fear not, as the male lead in this series actually has a personality! His demeanor is typically standoffish and apathetic, though has a tendency to be kind to those in need. He doesn’t let the girls walk all over him (typically) and never gives a serious implication that he’s satisfied with the developments happening over time. He even questions why he begins to development an attachment to the club he joins. During the first few episodes, he even makes a few sly jokes as to the motivation behind the girls’ behavior, almost as if he’s, dare I say, charming? It’s a far cry from a developed character, but as he is, he’s a much more interesting and fleshed out male lead than most.

Anime such as Koi to Senkyo to Chocolate or Grisaia no Kajitsu are more fondly remembered for their deep and dark storylines full of plot twists and shocking developments. Whether or not I find them realistic or credible, it distinguishes them within a group in my mind as series who rely on being moody and stable to maintain audience interest. Because of this, whenever they do try to incorporate a goofy atmosphere, they tend to feel off or unnecessary. Hitsujikai manages to use a darker subplot while still maintaining that feel-good atmosphere that makes the entire series feel harmless in general. That’s not to say I feel this is better than the former, but for a show about cute girls doing things for a club to showcase their youth, I feel the feel-good nature is more appropriate. Hitsujikai has a very nice amount of silly scenes and situations to make it feel fun, especially near the beginning, when it isn’t trying to appeal to everyone at once later on. I loved the emphasis on “Master Giza” and the second male character not getting any attention. I loved the emphasis on silly faces and big text and trivial actions shown as monumental tasks. An aura one can “turn off their brain” to, and I think Silver Link does a wonderful job doing what they can to spruce up the visuals to match that tone. Speaking of which— 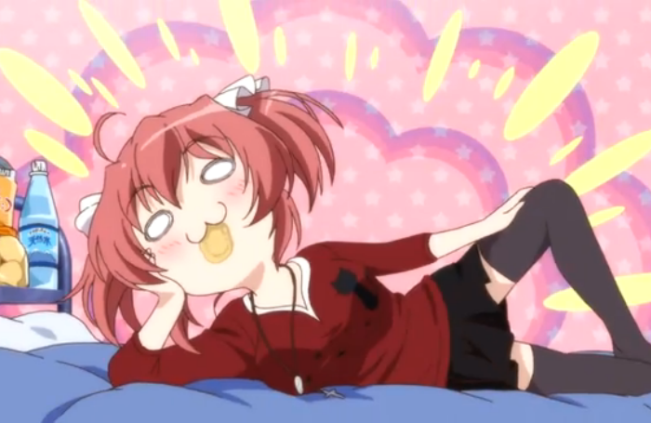 Again, entirely subjective, but this is another case where the animation style makes a show entirely watchable for me. The design has just that little amount of gloss that makes it incredibly bombastic. I love the way the world looks, the girls look, their expressions, their physiques. I love the way they’re animated and I love the way the humor is accentuated by the animation. I’ve always liked Silver Link as a studio. This is yet another example of why I like them. I think they do their best work on shows of this nature, with Baka-Test being their pièce de résistance.

It is a shame that the anime turned out the way it did, despite expecting it since the beginning. I feel the show has some potential to be more than what it already is, which at the very least is an enjoyably dumb four hours. I almost find it maddening to know that this show is rated so low on most anime databases when it has so much more charm to it than others. I’ve seen much worse. I suppose I can attribute some of the ratings to those who had played the original visual novel and didn’t like the way it was adapted. With or without that bias, I think Daitoshokan no Hitsujikai is recommendable for those looking for some relaxed stupidity coated in a spice of melodrama in between more serious titles. If only visual novel adaptations could be more than just safe.

2 thoughts on “Thoughts on Daitoshokan no Hitsujikai”