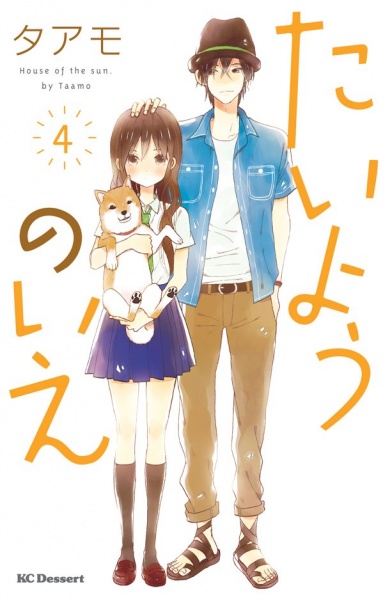 What is something everyone wants on a deep, subconscious level? Some would argue love. Some would argue acceptance from others. What Taiyou no Ie wants you to believe is that it is family, as the subject is plastered around every decision that any character ever decides to make. With slight exaggeration on my part, the emphasis of family is, indeed, the driving point of the story, the thing that is considered the major goal trying to be accomplished. The female lead’s father can’t seem to love her, while her mother is off who knows where. The male lead’s parents are dead, leaving his siblings scattered throughout the greater area of Japan. It comes to pass that these two characters are to live with one another—childhood friends who share the empty feeling of loneliness crawling within their tortured souls.

The progression of the manga is basically that; trying to get these two back where they feel they belong. The female lead with her father, and the male lead with his siblings. Inevitably, the time spent together living in one household will encourage them to seek out a relationship further than simply friends (Not a spoiler. Premise is a dead giveaway), but the idea that they have this “One true place” diverts them from this path on multiple occasions. That’s not to say that’s the only thing really happening within the story, but it’s one that is never not implied or stroked every other chapter. The aspect of family and togetherness is still present, but takes somewhat of a backseat at times.

What is it about teenage drama and the necessity of jabbering on about feelings and self-doubt? The process of understanding oneself is one thing, being inspired by Shakespearean monologues is another. There is a lot of dialogue in this manga, and far too much of it is emotional gobbledygook that the reader can understand from the situation or characters’ reactions alone. It almost makes me wonder if the reason this manga is so popular is because its target demographic is hyperemotional and are able to process everything going on because it’s straight up told to them. Having a moody teenage girl mope and think to herself what is or isn’t real about her relationship with the male lead gets incredibly irritating to read after so long. It gets even more irritating when her denseness and low self-esteem denies her the reality that’s unfolding. She’s hugged, she’s kissed, she’s told that she’s “liked,” and still this girl takes forever to get the hint. Even her female friend makes fun of her for it. 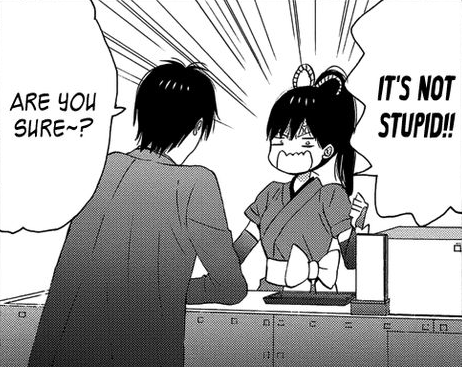 Without hesitation, I would decree that the two main characters of Taiyou no Ie are bland and forgettable. What makes them interesting is that they both have a goal, and have an interest in one another to satisfy those looking for romance. Otherwise, their personalities are only accentuated by those around them. The female lead is clumsy and blunt. The male lead is, put in the female lead’s words, “A mother.” Doting, caring, and without a distinct characteristic pertaining to anything else. Had the story only been them the whole time, I probably wouldn’t have cared as much. Fortunately and unfortunately, there are more.

The side characters are all hit and miss. Some serve to be an obstacle to the main characters’ inevitable relationship. Some serve to prolong the main goal of the story by being obstacles. One serves to be a small distraction from the main story, only to be tossed aside after getting what she wants. The characters all seem to have a checklist above their titles, inciting their mechanic purposes and fucking off when it’s been accomplished. Of course, these robots can be likable, too, as the male lead’s brother is by far my favorite character. Cynical, cold, and somewhat standoff-ish, he’s a picture perfect portrait of my dear, real-life brother. While he’s an obstacle at first, one can’t help but root for him because he’s actually trying to do something with himself instead of dicking around, waiting for the plot to move him. All characters have a degree of likability to them, though the variance is truly noticeable. Characters, and an emotionally respondent moral message, are the driving points of this manga. I only wish the structure of it all didn’t feel so paper mache.

If I may be vaguely spoiler-ish, what is this manga’s obsessive habit of giving everyone a happy ending? Why does everyone need a happy ending? It feels so childish. This character is so lost in love! Let’s dedicate a single chapter to how she meets the man of her dreams who was there the entire time! And this poor, little thing. She was rejected by the person she likes! Let’s make it so he realizes that he actually does have feelings for her and have them get together! God, it just makes me want to throw up knowing how transparent these situations are. 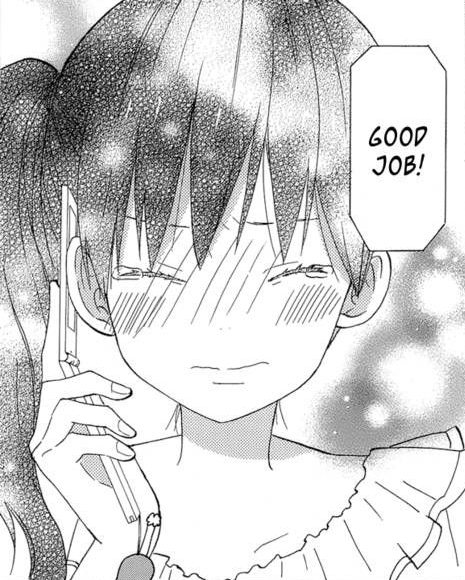 As negative as I’ve sounded throughout this post, know that I did enjoy some facets of the story, as well as a couple of the characters. I think the manga is an entertaining and thoughtful read, though it has a lot of flaws and a few subjective nitpicks I can’t help but be bothered by. One example is the art direction, which is both enjoyable and not enjoyable for me, based on who’s on the page. Some characters look really good, while others look exactly like one another except with different hair. Sometimes they have different faces but with the same hair. Characters’ eyes, particularly female (like the female lead), are literally just little twirly squiggles overlapped to insinuate retinas. There’s a lot of cases of minimalist shortcuts taken that gives the manga a bit of a chibi look, which I don’t personally care for in a story as dramatic as this. There’s also an oversaturation of blushing, scrunched up faces for my liking. While the male characters look overall better technically, I feel the female characters have more of a visual stimulation to them. More varied clothing, hairstyles, expressions—speaking of expressions, Taiyou no Ie really enjoys employing the surprised, dead stare tactic. Someone says something surprising and the characters are left dumbfounded, eyes wide open and mouth firmly shut. I don’t have enough bones in my body to count the number of times it happens. Track jumping aside, the art is decent enough to get by, while also allowing some creativity with expressions and interpretive feelings, but characters look too similar and the situations founded in reality leave a lot to be desired.

There’s a lot to like from Taiyou no Ie for those just starting out in the manga world. I would recommend this story as a sort of “Starter pack” for those who want a taste of the more traditional styles of storytelling within the medium. Though, I’d hesitate to recommend it to more experienced manga-goers. The story is constantly being pushed back due to [Insert whoever or whatever here.] The characters, while enjoyable and somewhat developed, don’t have a level of maturity or charm that’ll fascinate those past the high school era. It would likely see some benefit from more focus on other characters with other conflicts, rather than glide along the gentle breeze of a familiar concept of family and togetherness. There’s no “Oomph.” I think I could’ve just put that and have been done with it.