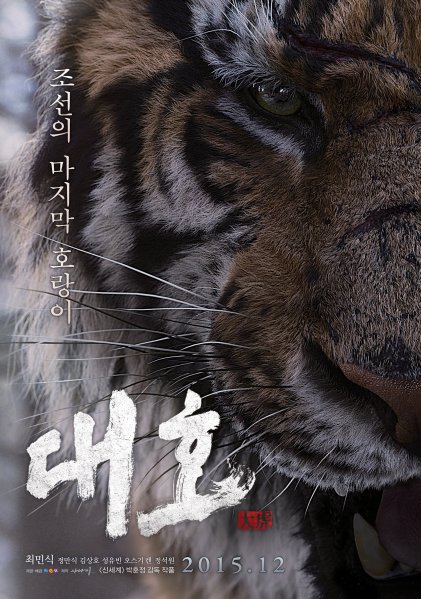 In different times and different cultures, storytelling is bound to reflect upon the societal norms of a specific region. The world has become so diverse throughout history, yet every civilization seems to share a specific set of moral goods and evils that coincide with one another. One of the most common traits shared by such societies include spiritual guidance and the belief that the world and the citizens within it are under the judgment of higher beings. Specification varies depending on the culture, however the base foundation of spirituality in every course of nature has a way of embellishing stories of loss and redemption. The Tiger is another entry upon this spiritual truth, that every aspect of life must be controlled by a higher balance.

Though the aspect of spirituality is prevalent, to say that The Tiger is a movie parading around moral messages in the name of a specific god or religion would be ill-conceived. It is one of many different facets that the film employs in its length, giving life to a number of different provocations. Part of what makes this movie so fascinating is the amount of depth and detail it installs in every character, creature, and scene interchanging. While the narrative has a straightforward nature, elements of the characters’ purposes and ideals are placed within the vision of the story. There is a precise point to every shot, every movement that is portrayed by any moving (or non-moving) thing.

What makes a lot of these things interesting aside from their intrinsic value is the way the film plays with reality in the form of spirituality. The mighty tiger, the film’s namesake, is portrayed as an almost mythical, all-powerful being above that of men. It is revered by those within the region and the genocide of its species isn’t only a matter of betraying the conscience, but a form of disrespecting the powers beyond. In this sense, the tiger is personified to be capable of intelligent thinking, relying on amplified instincts to understand the magnitude of foresight and context of a situation. Not to mention, incredible agility and strength. Still, the tiger behaves in the most basic of necessities, prioritizing the safety of its home and its loved ones. Mixing the omniscient and the animalistic natures into a single creature makes the tiger a compelling character in its own right, with further motivation to take its pitiful plight as something more than overempathetic animal control. 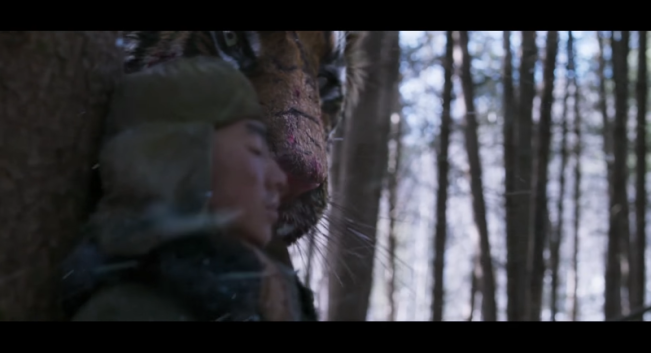 Moral messaging is a very thin line in the eyes of most critics, I included. A ham-fisted  attempt at establishing a code of ethics is a risky balancing act of remaining entertaining and well paced. The Tiger takes this in stride with a decent attempt at emphasizing the importance of mercy and forgiveness. Placing flashbacks along the trail of consciousness feels disjointed at times, but further accentuates the emotional impact of the event it corresponds with. Good morals can only go so far, however, as many of the conflicts that arise challenge the characters to do things that are ambiguous in their morality. By its end, abiding by a code of ethics feels less like saving one’s life and more like delaying their inevitable fate.

Among others, one of the more fascinating things lies within its use of parallelism. The manner of morality, spirituality, human vs. nature; all of this ties together in the sense that all things are connected by the same set of basic moral codes. A beautiful vision of understanding takes place between the tiger and the title character, Chun Man-duk, based on their experiences and timeline of life. Molding everything up to a certain point, it reflects the similarities of man and beast, providing a tragic display of two entities at the end of their existence. Ironically poignant with emotional resonance displayed with the utmost sincerity, the hunter and the hunted, dual labels shared by both, have become two sides of a single coin—different in their appearance, same in their worth.

Apparent is my appreciation of the film’s deeper connotations, though what remains to be discussed is the more basic functions of the film’s worth. Something of a more light-hearted nature to The Tiger is the comedy it occasionally peppers within the first half. Establishing character personalities by means of identifying a sense of humor does wonders for a movie as depressingly moody as this movie can be at times. Still, the attempts at comedy are more miss than hit, with a number of them coming across as awkward. Unfortunately, it isn’t a sense that the mood doesn’t set the punchlines, but that the jokes themselves are simply inadequate. Dry would be one descriptor—strange another. 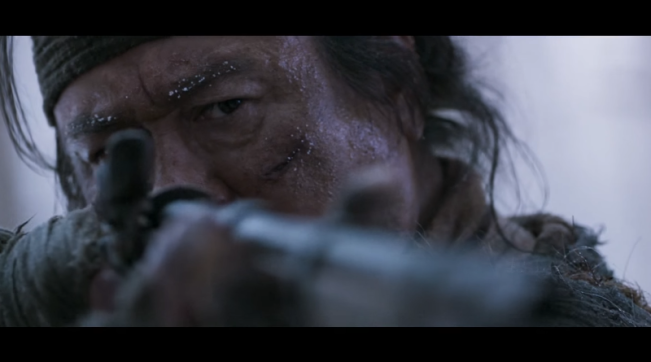 With as loaded as the plot attempts to be, there are specific ties that never quite reach the end of trail. Even more so, some strings are cut after a few key scenes, leaving a lot of potential subplots to be forgotten for the more grim altercations. Scenarios such as Man-duk’s son’s betrothal to a young town maiden and the major captain of the Japanese Imperial Army being Korean are brought up in early points and are given scenes to let fester, only to have their focus completely vanish. One can understand not thinking the appropriate amount of time will be given to wrap these issues up, but to completely drop the cases altogether feels conceited. One could say that the betrothal was technically finalized, but the quick manner of triviality is more like a sting of lost potential. It may have been better to leave it on the drawing board.

In its most simplistic form, The Tiger manages to meet, if not exceed, the expectations of typical quality storytelling. While again, its narrative is straightforward, the story is one that is executed with a managed style that conveys a variety of deeper meanings. Both mechanical in its proficiency and emotional in its tragedy, The Tiger has enough to keep any person, casual or cynical, intrigued with the situations of its cast. Characters play a focal point in making the story all the more endearing, with a number of different motivations at play satisfying the drama of the evil undertones taking place. One or two characters may come across as one-dimensional or flat, but their chemistry with the more major, rounded characters justifies the actions between them and the bond in place. Many of those that appear in the film serve a purpose, even if they, themselves, aren’t the focus of that purpose. Even these throwaway characters have a meaning to the overall plot and symbolic nature of the film. All the more impressive is the degree of acting displayed, as there wasn’t a single performance I wasn’t satisfied with. Min-sik Choi and the boy who plays Seok are especially marvelous in their roles.

One of the most controversial aspects of modern movie-making is the dependence on CGI. The Tiger employs a large number of CGI within itself, as the tigers are, from what I can tell, completely CGI. To some extent, the movement of the tigers feel goofy, especially when moving at fast speeds and attacking humankind. However, what it lacks in finesse it makes up for in artistic expression. Small details and subtle movements are more than worth looking at the computer-generated thing onscreen. Real environments are beautifully encased in a world cold and higher than one’s capable thinking. Again, the focus on mountains, snow, the wilderness bereft of humanity is symbolic of the divide between man and beast, that sense of spirituality that takes all forms. All of this is shot beautifully in a number of different angles and brightness. 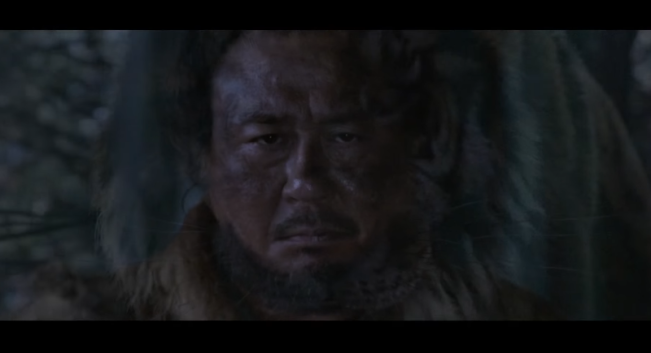 There’s a lovely addition of nothing here that better signifies the atmosphere of isolation. By this, I mean the soundtrack of the film is either completely there or not there at all. Loud, abrasive orchestrations arise to embody power and a higher sense of dramatics, while the more eerie and suspenseful moments offer nothing but the sounds of nature. I enjoy the aspect of the film that believes that less is more, with the most impactful scenes accompanied by what is only entirely necessary. Despite this, there isn’t a lot of diversity within the soundtrack, with a lot of choices sounding similar to many others within the same genre. It serves it purpose, very well in some cases, but it’s not going to receive praise for originality.

Going into The Tiger, there were no expectations. Yet, as the credits rolled, a feeling of satisfaction warmed my decrepit soul. There’s a lovely sensation attributed to the film that embodies the spirit of storytelling and transcends the reality of the fiction. The execution is beautiful. The depth is far and wide. The passion of things bigger than all of us treads deep within the roots of The Tiger, with a tender elation attributed to redeeming oneself. As far as stories are worth, sometimes the most extravagant of non-fictions or the most mundane of fictions are what the world should look forward to. It also helps when the movie feels well crafted in its own right.

One thought on “The Tiger (Daeho) Review”