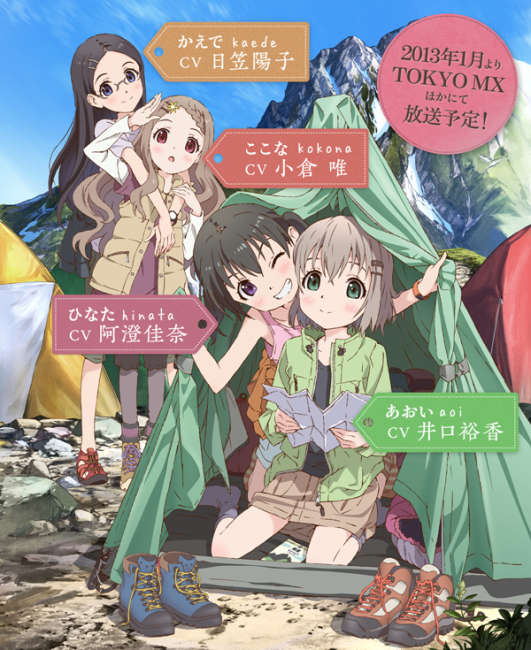 As odd as it may be to bring this up here, but I’m very much looking forward to the release of Oshiete! Galko-chan’s standalone OVA in the coming days. I found myself charmed by the refreshingly realistic (albeit still cliché) banter among the teenage female cast. Despite this, one may be confused to see the relatively low rating I gave to the parent series—a measly five out of ten. If I enjoyed the series so much, why not rate it higher? It all has to do with the way I formulate my ratings.

Good stories take time. There are some that require less time than others, depending on the type of narrative being presented, but for the most part, I feel there’s a necessary amount of focus necessary to fully develop an enthralling and immersive experience. Take Shelter, for example, which is highly regarded for the depth of the story it presents in a puny six-minute music video. I, however, didn’t care for this as I felt it wasn’t enough to make me believe and trust the story as real, or real enough to empathize with. Such is the issue with anime shorts and those who aren’t given ample time to showcase all that it could while juggling other priorities such as entertainment value. Yama no Susume is yet another example, with twelve episodes spanning only three and a half minutes per piece. 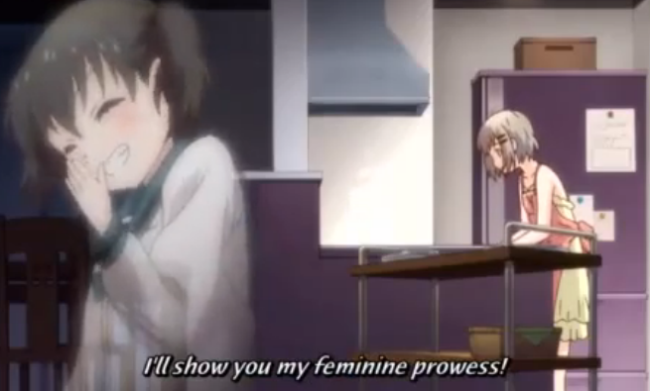 Many would think that seeing a four out of ten would give the indication that I didn’t care for this series. This is both true and false, as I could very well do without the experience of seeing it, but that’s not to say I didn’t like it. At best, I feel Yama no Susume’s debut season to be a harmless bundle of fun, full of cute girls deciding various things related to mountain climbing. There isn’t much that the series does to really try and flesh out the characters aside from their base personalities and precursor conflicts. The female lead, Aoi, is scared of heights due to a traumatic accident on the playground that left her with a broken arm. Her childhood friend, Hinata, made a promise with her that they would climb mountains together in the future. With this ironic contrast, how does the series decide to have Aoi get over her fears? By climbing a mountain in the third episode. Very little hesitation, very little struggle along the way. A clumsy foundation that leads to a simple slice-of-life flick with some bouts of moe to pave the way to the finish line.

A solid foundation isn’t necessary to a show’s success, sure. This feeling plays more into another reason I never rate shorts above a five or so: they feel more like a distraction than an experience; a snack instead of a meal; a bottle rocket instead of super shells. I’ve yet to experience an anime with episodes under ten minutes or so that I feel give me everything I’m looking for in objective entertainment. Perhaps this is unfair, as I’m trying to compare shows with longer runtimes and (likely) better effort to showcase something more. However, the cycle of quality based on my own interpretation of it rings true for whatever is put forth in front of me, compromising by highlighting the things that are important in making a particular work “good.” After all, were I to objectively criticize porn, a key factor would be whether or not I, ahem, become engrossed in it. I would still focus on other aspects nonetheless, but why try to criticize a horse for being a goat, eh?

With this rises the question of whether or not Yama no Susume does well with what it tries to accomplish. What exactly does it accomplish, though? Cute girls are mountain climbing. There’s that. Aoi, however, is given a little insight into her situation and has key faults in her character highlighted as the story goes along. She’s socially awkward, hesitant in her decisions, and not confident in her own abilities. By series’ end, she does experience an ounce of growth in her resolve, resulting in a more peaceful atmosphere of events to transpire. For this, the series is worth watching, though only for those expecting the bare minimum in development. As I’ve said many times, making a character go from weak to strong is among the easiest of blueprints to execute. Anything else? Well… it’s easy-going, I suppose. I feel it makes the series more dull with only Aoi going through what most humans can relate to. Other characters simply fill space or provide to the… humor(?) of the anime. There isn’t a whole lot of comedy present. Or drama. Or romance. Or anything aside from acute tranquility.

So despite the low score, Yama no Susume as an anime short isn’t necessarily a bad watch. It just doesn’t do much different from those within its own classification, such as Oshiete! Galko-chan or Danna ga Nani wo Itteiru ka Wakaranai Ken, both of which I feel are better shorts overall. With its second season being bumped up to a two-cour series with eleven-minute runtimes, perhaps it can do better with what it couldn’t do with its first batch. That, however, doesn’t make Yama no Susume’s first season any less forgettable, though not without some enthusiasm.