For a more formal (and outdated) review on the anime, click here.

There seems to be a collective agreement among casual viewers within the anime community: School Days is horrible, if not the worst anime in existence. It is casually placed among titles such as Boku no Pico and Mars of Destruction as the most pointless and disgusting creations anime has graced the living world. As a young, upcoming anime enthusiast, I had heard the rumblings of the community and became curious enough to want to see what the fuss was all about, seeing as any press is good press, or so they say. During the 2013 Summer of Anime, I went ahead and watched School Days for the first time… and hated it. I was disgusted, horrified by what had taken place. All the illogical reasoning from the characters and the laughable conclusion it decides to take; everything about what was said by the community was true: School Days was a horrible anime. But there was something about it, something I couldn’t quite place. It was interesting—I couldn’t rip my eyes away from the screen. The kind of dreadful feeling one has when they expect the most harrowing of climaxes. It didn’t feel right to reward it a one out of ten, especially when a so-called “elitist” wanted to distance himself from the masses. So, I slapped a five and called it a day, wondering what exactly it was that made the series so volatile.

Elitists in particular like throwing around a term sometimes to use as a compliment: “Deconstruction.” Many elitists like to use this term with Madoka Magica, which is supposedly a good “deconstruction” of the magical girl genre. What exactly is the meaning, the benefit of said “deconstruction”? In layman’s terms, it’s essentially flipping the script on a typical formula certain stories use that have proven successful in the past. Magical girl anime typically have a self-conscious, teenage (or child) heroine who don’t know what to do with their normal, dull life. Then comes a magical source that whisks them away and gives them a sense of purpose and magical abilities to ward off evil or the misfortune of the world. Madoka Magica is a deconstruction because it takes this concept and shakes it up, creating a new perspective that many wouldn’t expect from synopsis or cover art alone. Somewhat like walking into a bakery and finding a salad bar.

The point in explaining all of this is to translate the mindset going into School Days, which is also often referred to as a deconstruction of the harem and high school drama genres. 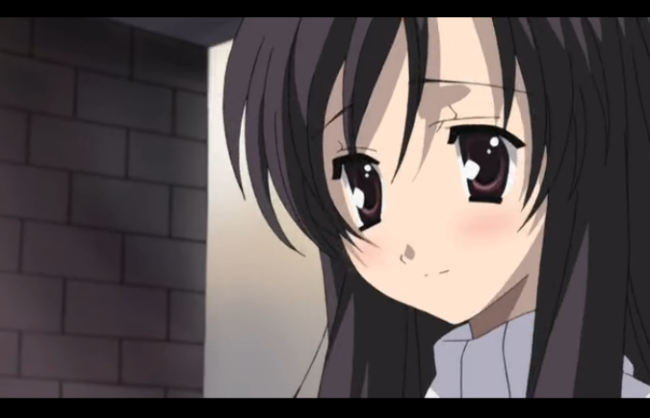 Usually I’m not one to argue “the point” of indulging in a particular subject, but there are some where if one isn’t experiencing it in a particular way, it’s really not worth it. Many often screech when someone tries to watch slice-of-life as a serious, character-developed story of constant entertainment. School Days is something I feel very much fits within this category; if one is to take this story seriously, then of course people are going to vilify it! It’s a hilariously unrealistic and disgustingly immoral story of psychopaths and erratic, sociopathic teenage behavior. As a true story, the only real benefit it has going for it is shock factor.

As the years went by, I continued to hear the impression that School Days was horrendous. It was horrible. Worst anime ever. Complete waste of time. Not worth a single penny put into it. Shortly after completing it, I felt they were justified in their complaints, as I was just as disgusted with the series as they were. However, time began to dull upon the disgust I felt for the series, and much like anything I hear about constantly, I begin to become irritable. I wanted to re-watch the series to become better acquainted with the reasons I didn’t outright hate the series in the first place. And with further pondering, I began to realize something very interesting.

What are some of the arguments people use when criticizing School Days?

“The main character is a cheating asshole who only wants sex!”

Believe it or not, people cheat. It is a simple fact of life and despite what anime would lead you to believe, many teenage boys would gladly cheat if it guarantees them sex. In harem anime, especially ecchi harems, many of the women would gladly give the male protagonist exactly what he wants, but he never takes it. Why is this? Why does the male lead never have sex with the women who want him? Because it’s wrong? Perhaps. Because it’s against his morals? Most likely. But why is it that every harem male lead always behaves in the exact same way no matter the title? School Days simply answers this question, and it gets shit for it. I’m not arguing that the cheating asshole should be despised, because he absolutely deserves to be, but to say that the anime is flawed because of this is naive.

“Why doesn’t Kotonoha just leave Makoto?! He treats her like garbage!”

Why do the women within a harem find the male lead so fascinating when, usually, he’s little more than “a nice boy with good morals”? Even within School Days, many of the women he sleeps with give the excuse that he was a “kind and caring” person who’s trustworthy, and was nice to them in one way or another in “the past.” This is just as much the explanation that other harems use to justify the infatuation to the male lead, and in some cases even less. Despite, at times, knowing they’re part of a harem, the group of women oftentimes compete with one another for the male lead’s affection, yet he will likely never yield. Why go through all the effort of remaining faithful when the future looks fruitless? Why is this male lead so irresistible that the women are willing to degrade themselves to embarrassing acts? This blind dedication is hardly new within anime.

“Why are all the girls actually sleeping with him?! WTF?!?!”

This one’s actually fairly funny. School Days actually makes fun of this by having the women constantly complain to themselves, “I really shouldn’t be doing this with you! Take some responsibility!” Sometimes before, usually afterwards, the women of Makoto’s harem regret their actions and guilt themselves into a corner, then resort to doing it again for the sake of covering that guilt with physical pleasure. Only to repeat the process over and over! It’s actually hilarious in hindsight, the irony involved in a situation like that. Makoto’s no fool, either. He knows it. In all seriousness, this is again no different from normal harems and how the girls blindly devote themselves to the male lead’s whims. Of course, the male lead doesn’t show himself to be a cheating sociopath, but for parody’s sake, this criticism actually works for the series.

Also fairly funny. The ultimate ridiculousness that makes School Days so memorably insane. The devotion that these women have for Makoto and the lengths they go to to be able to always be by his side. If Infinite Stratos 2 can have its harem of women compete in a moe contest organized by a cupid-like character to get the male lead aroused (unsuccessfully) for shits and giggles, then I don’t see how School Days and its ending is any less ridiculous considering the psychological profile of its cast of characters. If anything, its actually somewhat realistic, though certainly not justified.

The point I’m trying to make here is that School Days is a deconstruction, a parody, a joke. To look at it from a completely serious and normal understanding is a dead end. With context, this series is a hell of a lot more enjoyable, and even slightly funny! To analyze these things from the perspective of a normal harem drama, it makes School Days feel like a Mel Brooks film, an obvious parody aiming to take shots at the norms rooted within the genre. Of course, School Days is more nuanced. It portrays itself as one within the genre, without making itself immediately known. The last two episodes are, in my opinion, the dead giveaway that this series is literally fucking with the viewer. To have the girl who wanted Makoto’s male friend randomly sleep with him!? And then chastise him for being so irresponsible for playing with Sekai’s feelings? The irony, the beautiful, scrumptious irony!

Of course, this also makes School Days an incredibly one-dimensional viewing, only for those able to identify its parody. Even after a second viewing, I can understand people’s disdain for the series. They don’t see it, nor do they take the time to find it, taking everything at face value. I don’t mean to criticize this as a means of lazy watching, but there’s a lot of value to School Days with a different perspective. If people don’t care to watch the anime as a means of laughing at clichés, that’s no issue. It is, essentially, a twelve-episode joke directed at harem norms. One can only find enjoyment with this if they can appreciate the property of deconstruction.

Even with all this context, School Days is a slog to watch, as a lot of the opening episodes rely on exactly what they mean to parody, to rope the viewer into a false sense of security. The characters are fairly dull, fairly cliché, and the situations are no different. Even character dialogue is mind-numbingly boring and insipid. The biggest genuine complaint one could have with the anime from an objective standpoint is that it’s abysmally boring. It tries so little to make anything of interest arise out of certain situations, especially within the first three episodes or so. One likely wouldn’t even care to continue to “the good stuff” with the bland introduction. The art and animation is fairly decent, though not without a gray tint that makes everything feel ordinary and unappealing. If not for the sake of incredible irony, there is absolutely nothing here other than shock factor. 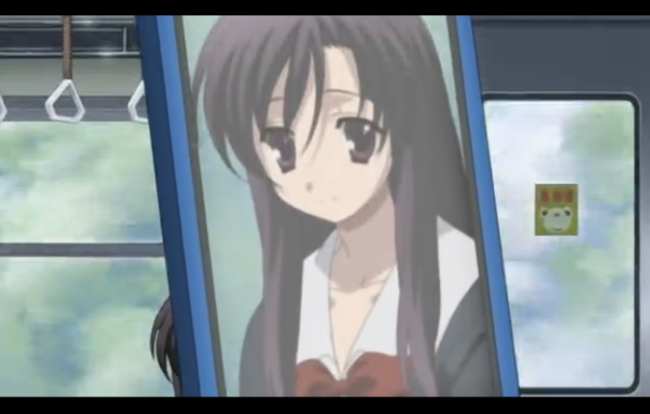 It’s not the worst anime of all time. It’s not even a bad anime if one has a penchant for laughing at clichés (I know I do). The ridiculousness is off the charts, but it’s intended to be. The characters are illogical and downright disturbed, but it’s intended to be. Everything here is carefully formulated to construct the biggest middle finger the anime medium has ever seen, similarly to something like Panty & Stocking. Of course, it’s hidden—very carefully and very subtly building to the ultimate ending of bloody proportions. I had a great time with it my second time around. Why not give it another shot as a so-called “ironic viewing”?