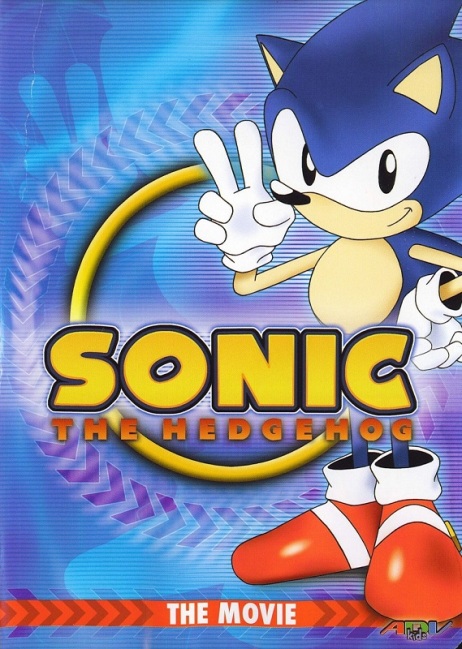 American audiences don’t know this as a two-part OVA released in 1996. Rather, they know it as a “full-length movie” released in 1999. There is some notoriety around this OVA for a few memes that have floated within the confines of the lulzy internet, including Sonic flipping off Robotnik and the classic, “SHUT UP, TAILS!” My own experience with the OVA includes a few late-night watches around 2004 while my father slept in the room next door, so this most recent viewing was a bit of a nostalgia trip. For the most part, I recognized the events that took place throughout the movie, especially a few notable scenes, but was somewhat surprised by how controlled the scenes transitioned one by one. My expectations certainly weren’t very high, as I don’t recall being fond of it back then—still, there’s a retro charm to it that makes it more than a mindless escape. 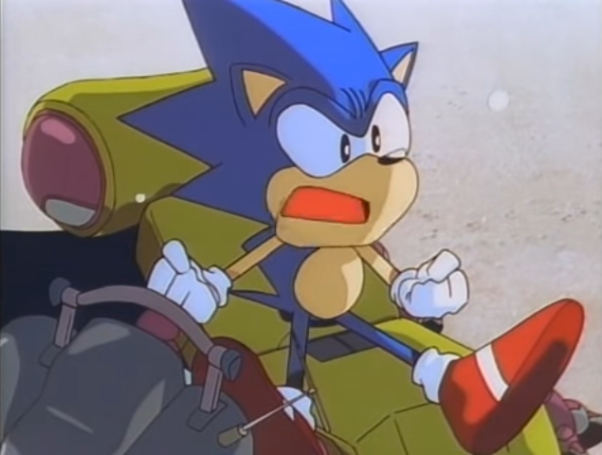 First and foremost, the OVA is very stupid. The characters, the plot, the voice acting; nearly everything the OVA attempts is either incredibly mediocre or simplistic. One can tell within the first five minutes that this was intended for kids. Robotnik tricks Sonic and friends into falling into a trap so that he can have Sonic duke it out with his newest invention: Metal Sonic (Or Hyper Metal Sonic?). He also kidnaps the teenage daughter, who is an idiot, of the president of the planet(?) in hopes of marrying her, because why not? The set-up is horribly overused and predictable even by naive eyes. Characters literally walk into traps with glee, defy the rules set by the world itself, and are influenced by the most odd motivations. Needless to say, the OVA only goes off of the “lore” of the parent video game series sparingly.

Regardless of its flaws, the OVA remains almost consistently entertaining. There’s a clear plot, a nice array of imagery and different settings, and characters actually have a personality(!). Cheesy, yes, but it has an attitude that makes the flat voice acting and stupid character behavior more tolerable. It even has moments of heavy impact throughout, particularly with the ending and the descent into the Robotopolis. It reminded me somewhat of the Sonic the Hedgehog series with Sally Acorn, which had a more dark(er) atmosphere. When all is said and done, the major purpose is to entertain fans of the series, which I feel the OVA does well enough, even if it’s not much more than an hour-long distraction. Of course, where else are you going to see Sonic being attacked by a giant, metallic replica of Robotnik that shoots sticky oil out of its ass? That alone makes the OVA worth watching.

The best part by far is the design and animation. Don’t take this the wrong way, as the entire production is pretty middle-of-the-road. Aesthetics just have a step above the rest. Lots of intriguing settings, such as a dark utopia, pleasant island settings full of run-down machinery, and an icy sanctuary in the northern parts of the planet. Characters are pretty neatly stenciled to include a wide variety of facial expressions and bodily movements, which is a far-cry for today’s standards. If nothing else, one can lament about the retro days of anime and how the industry cared about what they animated and all that jargon. Doesn’t necessarily make the OVA better, but I liked the attempt. I came out of it with positive impressions, even knowing full well that what I watched was incredibly derivative. I blame my nostalgic love for old Sonic games.

Something like this would only be recommendable for fans of the Sonic franchise. Anyone outside of the anime scene may get a small kick out of it, but veterans would find next to nothing with this, aside from maybe some nostalgic appeal. There’s a lot of enthusiasm to characters and animation, which may or may not mesh well together in most people’s eyes, but I had a decent time with it. I also was witness to Sonic Boom first-hand, so I may just be clinging to a world where it wasn’t even conceived.