In all seriousness, Space Cowboys is more about space than cowboys. The people involved never even refer to themselves as cowboys, if I recall. They just have a strong desire to fly, fly as high as man could possibly go. Or more accurately, two of them do. The other two hang out in the background and make a joke or two that fits their deep and engaging character model. I’m getting ahead of myself, let’s kick up some context.

First of all, I feel the tags attributed to this film are a little misleading. IMDb lists this film as an Action-Adventure-Thriller. With that in mind, one would expect this film to be more on the cusp of Alien than Grumpy Old Men. Alas, the more the movie progressed, the more it dawned on me that the synopsis covers more than half of the movie. Perhaps being tagged as “Drama” or “Realistic Fiction” would be more accurate as genres, as the only action present is a punch or two, the adventure doesn’t begin until over an hour into the movie, and thrilling is an overstatement all things considered.

Additionally, there seems to be a play at favoritism in this movie, with the two characters previously mentioned as lovers of flying getting far more attention and development than the other two. In a stroke of luck, they’re even the kind of people who value one another, but are always at each other’s throats. Having seen Jersey Boys, I’ve noticed that Clint Eastwood enjoys having dysfunctional groups of friends. Though where Jersey Boys had a better focus of developing each member, Space Cowboys can’t seem to find any opportunity to let the others shine. 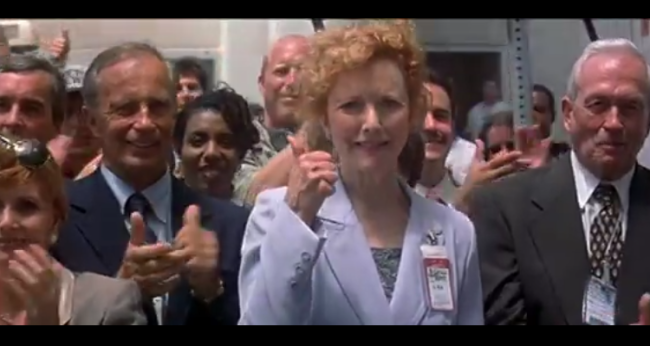 For a while, Donald Sutherland’s character seemed to be the weakest link of the cast. His character is nothing but a ladies’ man and cannot seem to function without burying his face in technology or, more often, ogling any woman that passes. However, by movie’s end, the real weakest link is James Garner’s character. While a little more than a one-joke machine like Sutherland, his usual banter involves religion in some fashion and his screentime progressively lessens, especially during the later portions. Frankly, one would have to ask if he was even in the movie! More likable than Sutherland, just not as involved in the major course of things. The movie adores Clint Eastwood, with Tommy Lee Jones as a close runner-up.

Characters outside of the group have varying degrees of relatability or depth, with a lot of them finding resolve through the efforts of the group of “space cowboys.” There’s a female character played by Marcia Gay Harden that receives some development as a human being, though the cracks begin to show as the movie goes along. Her scenes almost never feature her alone, and she seems to develop relationships with the space cowboys almost randomly. Rather, most minor characters interact with the main group as if they’re completely off the script. Sequences of romance, vulnerability, or hostility feel bloated and without cause, almost as though they were thrown in because the writers felt it was necessary for a story to include them. It doesn’t do much for believability, while creating an aura that builds the main group up to be idol-like unnecessarily. Self-insert-like. 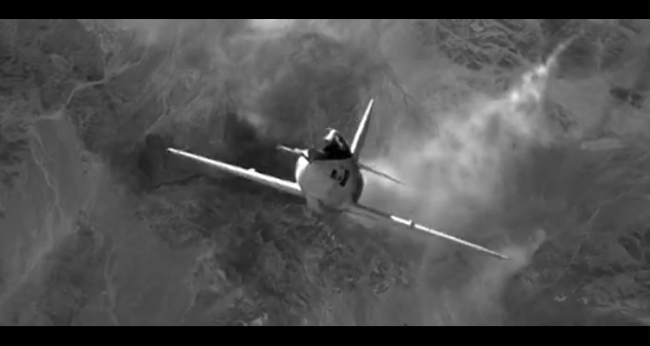 As transparent as it is, Eastwood and Jones’s characters are developed pretty well. Jones especially has a solid performance and has a fiery wit that makes him charming, despite being a little more childish than he should be. Eastwood seemed a little flat at first, but improved as the scenes went on, putting forth more effort to seem convincing enough of not being completely monotone. Their chemistry is light on originality, but sweet enough to take it seriously regardless.

The worst part of any story is a bad story. Redundant, yes, it speaks volumes for a story to feel more appropriate for made-for-TV movies. Background history is established. Years pass. Conflict arises. A character is brought in as “the only choice.” Silliness ensures when something out of the ordinary becomes reality. Chances are slim—always. So on and so forth. The story is nothing short of the most bland “against all odds” plotline as humanly possible, with events that appear only to support such a fragile outer coat. It remains so unenthusiastic that even its attempts at playing with its recurring trinkets become lost in painful ordinance. Not even the ending, which attempts to be bittersweet, hardly causes a clink of emotion.

One noteworthy praise is with the special effects, which does enough to make the later scenes in space travel feel entirely out of a different film. The mood changes for the better, the characters no longer rub their shtick until combustion, and the stakes become more tangible. It looks wonderful, like one truly is flying around in space, gazing down at the splendid Earth that we inhabit. A tenseness appears with how splendid everything appears, traveling into a world where, honestly, I expected the movie to impede on far quicker than it did. Everything just takes a turn for the better, giving a nasty realization that the film probably would’ve been better should they not have taken so long getting prepared. Of course, they needed to do all of this for the sake of their grand story.

Interestingly enough, the more I type about this movie, the more I realize I don’t care for it. Initially, I found it fair, nothing special, but not something that makes me angry upon consideration. Writing this review made me understand just how benign and forgettable the film truly is, even with a stronger second half. All that leads up to that point is a tired and beaten plotline that adds a little twist through old men being astronauts. Try as it might to build up the characters, two slightly-intriguing characters aren’t enough to carry an atmosphere of crusty, insufferable mush.

The rating for all other films can be found on my IMDb account.