I’m going to be completely honest, because I feel I owe it to the reader to not beat around the bush. I didn’t like this film. I spent a large majority of the film bored out of my mind and wondering how I’m going to justify giving it a bad score than actually caring what was going on. Now, don’t take that as a sign that I wasn’t paying attention, as I was, obsessively so. This is something that I wanted to enjoy, knowing how legendary Studio Ghibli is and my own nostalgic value of the film, seeing it many years ago. Despite my best efforts, I couldn’t find any enjoyment with it, and should I rate this strictly by enjoyment standards, it’d probably be as low as a two or three out of ten. I couldn’t do that, though.

There is a lot of weight to this film that makes it more than what it seems, something that requires a keen eye for detail. Symbolism, moral messages, subtle character development, wonderful design and animation, and a fantasy world that feels vibrant and organized. An uppity cynic could watch this and say it’s nothing but a frank message of being good-moraled. That kind of viewpoint is setting aside a lot of the “magic” that hides behind the scenes, something that becomes apparent with a full analysis. All of this is technically impressive with how well it’s incorporated into the world, as most of it isn’t directly involved with the plot.

Issues involved with my experience personally boils down to a single aspect: characters. That’s not to say it is my only issue, as I’ll get into more later, but for the most part, it is the characters that bore me so. They’re developed fine. They’re presented fine. Are they likable? That’s where the line becomes somewhat murky. Some could argue yes, some no; in the end, it’s a subjective point. I didn’t find most characters likable, and while some ended up more likable by the end (Zeniba), most were persistently set in stone, stubbornly similar in design from beginning to end. People praise the characters for being multi-dimensional and relatively neutral in moral standing, but when that becomes they’re only charming point, they begin to blend together. Some are snobbier, some are nicer, some are more serious; all blend in to a monotonous transitional picture that feels too safe.

Perhaps if not safe, formulated would be a good way to describe it. Indeed, something of a jumping point for my cynicism towards modern Disney films, Spirited Away has a straightforward and to-the-point narrative structure. Though not always a key issue, when combined with my already disconnected feelings towards the characters, it makes the movie move at a snail’s pace. Scenes play in slow-motion, with the only relief coming from anything out of the ordinary, such as the constant attention to dirty, stinky, vile filth from a myriad of different creatures. In addition, symbolic themes feel too blatant, bombarding the viewer with repetitive images of creatures constantly clamoring for gold and being punished for it. This is just one thing, however, as other themes are visualized wonderfully. It’s a hit-and-miss process. 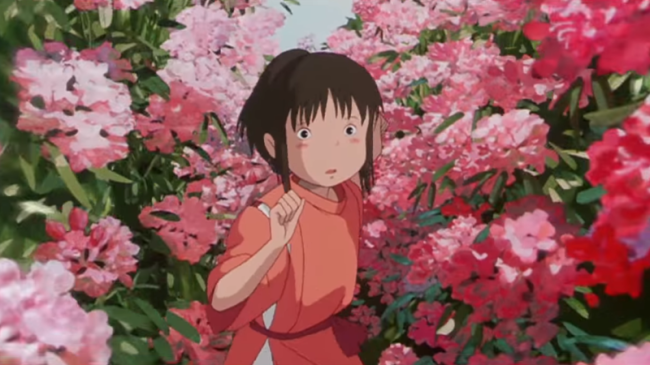 Something of an interesting debate is the usefulness of Chihiro as the starring character. Many will debate whether she’s a good or bad character based on personality or growth, and while I didn’t care for her but acknowledge she had development, there’s another aspect regarding her I don’t think is discussed enough: her morality. With one of the most integral aspects of Spirited Away being resisting the temptations of Earthly desires concerning greed and gluttony, I find her character somewhat disappointing. To reiterate, I think she does grow, though I feel her potential was lost by making her a squeaky-clean lead, oblivious to all the things that should at least tempt her. The starting point only paints her as being uppity and slightly spoiled, but nothing of a bad child. Her role eventually becomes the eyes and ears that the viewer can relate to coming into a new world. She doesn’t really change as much as she could’ve, and her character would’ve been a lot more interesting had she expressed anything other than the blank slate that most anime leads embody.

Does anything really need to be said about the animation? Studio Ghibli hits basically every category when it comes to this field. Animation is fluid basically 99% of the way, the design and detail of the world, its characters, and fantasy aspects are wondrous and lovely (even the disgusting images), and the way it interacts with the subtle details of character-building is extraordinary. It’s good. Very, very good. Apparently the sound is really good, too, but I hardly heard it throughout. 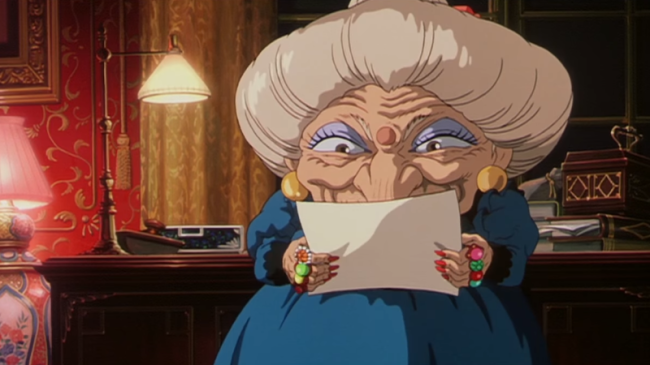 I think I’ve said enough to  describe why I plan to rate this film the way I plan to. There’s enough here to warrant the praise that it receives and it wouldn’t surprise me if I were to watch this again and enjoy it more, but as it stands, the film just didn’t click with me. It’s a slippery slope when a major aspect of a movie doesn’t work, tainting the rest of it (perhaps unfairly) for the worse. For me, the characters don’t hold up enough weight to keep the ship from sinking into a sea of grating time watching, along with some holes concerning the blatancy of the narrative’s structure and the role of the female lead. For many, and I mean many, this film is an unquestioned classic. Putting it lightly, I find it overrated. More acutely, I find it disappointing that it couldn’t live up to the expectations of others, and most importantly, to myself.

The rating for all other films can be found on my IMDb account.