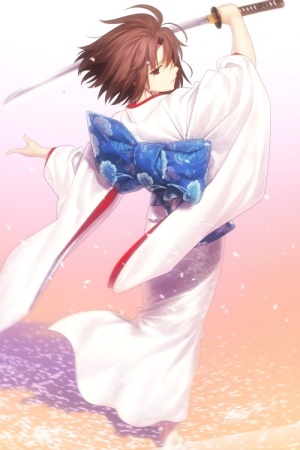 The March of the Movies will end with a purr, as my motivation to continue forth with essentially the same thing day after day has worn me out completely. My thoughts on these two films will be short (one much shorter than the other).

Everything I despised about the long, overcomplicated explanations in a few of the films prior is essentially all that’s here. Some warm moments interlaced doesn’t save it from being literally Shiki’s face with mouth movements for minutes straight talking some psychological nonsense about what is and what isn’t the make-up of a human being. I grew bored within minutes and still they went on for some twenty-five hours, or so it seemed. It didn’t serve much point to anything overall, so I more just felt I wasted a half hour sitting through it. Production values, once again, are what save it from being completely skippable. Also helped with serving some sort of closure, that is until the next movie beat it even in that category. 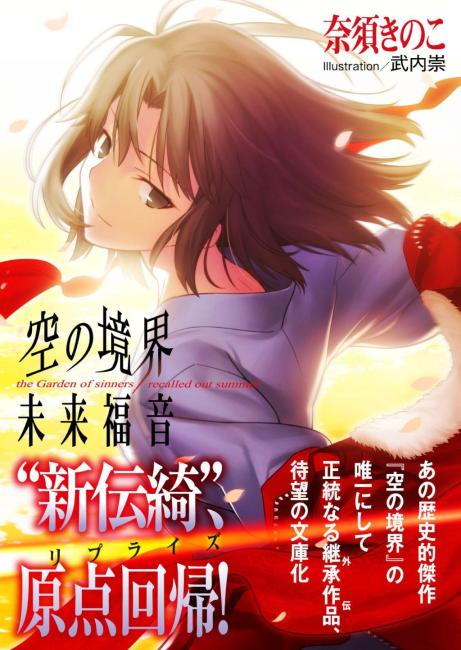 Emotionally-charged with good balance of character interaction/charm and psychoanalytical jargon? Say it ain’t so! The films prior either did one (way more often) or the other (basically never). It serves almost like a reboot of the series, but with the foundations and development of the characters already established, one can simply enjoy the characters for who they are and how they interact with new characters. Said new characters are pretty standard, but do enough to make the movie a tad more easy-going.

One huge contrast with this film is the general lack of tragic, hostile topics and developments. They still exist to some extent, but not nearly the level of darkness that would, say, open with a rape scene, or end with cannibalism. I, as someone who tolerated the darkness to the point where I almost found it overly edgy, welcome this with open arms. Finally, some variety to the film that helps it stand out, though admittedly makes it a sort of black sheep. It doesn’t have that same “feeling” to it as the others, prioritizing more with the characters than the story, along with harboring the closure that many fans are likely clamoring to see. It’s split up into two parts: one part that shows the events roughly two years after Movie 7, which takes up most of the runtime, and a second part that transports the characters far into the future and is essentially there for closure. People who have clicked the “Spoiler” tab on MAL’s synopsis for the film know what I mean by this.

Initially, I had forgotten that the film was split into two parts, which was why the end of the first part surprised me when it ended earlier than the total runtime. I was wondering what they could possibly show for another half hour, but then I remembered the half hour I wasted to get to that point. Turns out, it’s rather sweet, and almost nothing like anything the series would’ve published under its name. These two parts vary in importance and feature a large difference in cast members, but both serve to compliment one another to some capacity, whether through recurring characters or, as I’ve said again and again, closure.

In a way, this film is basically filler, something to wrap up the series in a way that a majority of people would appreciate. I feel they go overboard ever so slightly, but I’m also picky and overly cynical. The piece is an enjoyable one based on its key differences from what the film series established for its identity beforehand. It’s rather standard in terms of plot, its execution, and character quirks, but it does more with it, instead of letting things fester in nothingness for half the film before getting things done. However, this film has probably the easiest main antagonist Shiki has ever faced. Not a lot of tension, only good vibes and pseudo-drama.

I guess what I’m trying to say is that it’s good because it finally changed itself and did everything else adequately enough to hold itself up. And the end was cute.

Thank you all for sticking with me this month. I’m going to take a well deserved rest for a little bit, then I’ll be back as if I never left. Until then!