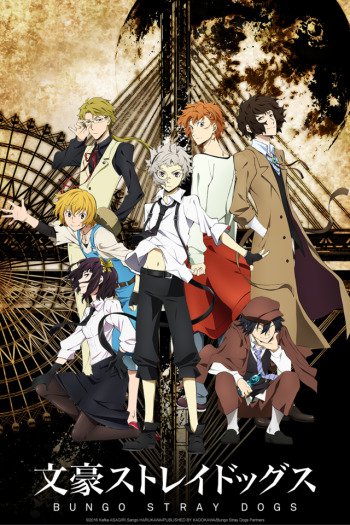 I watched this while it was airing, only to put it on-hold for nearly half a year, then finally putting it out of its misery by adding it to the “Dropped” column. Some time later, a friend of mine on MAL expressed interest in discussing the second season with me, and personally requested that I give the series another shot. I’m halfway to the destination, as I need to find the   time to get through the second season. If it’s anything like the first season (I’ve heard mixed things on the topic), I’m in for one mediocre time.

One admission I’d like to make is that the series is not as bad as I remembered it to be. I can only assume I simply found no motivation to continue after putting it on-hold, as there was little about the show that really pulled me back in. Coming back to it, it wound up becoming entertaining to the most simplistic degree by being mildly energetic with its characters’ enthusiasm and development. At its base foundations, BSD has enough to assume an identity of a harmless viewing—something that neither frustrates with overexaggeration or captivates with dramatic flair.

There is but a single issue that immediately limits the quality of the anime from the first few episodes: it’s cliché. 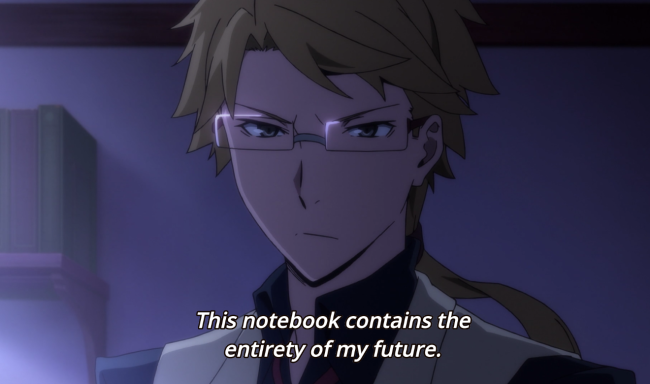 Anyone who has seen any Shounen ever will pick up on the tropes that BSD seems to abide by as if by law. Weak character with limitless potential, a buddy character met that changes their life (and is pretty OP), a cast of characters that interact with a playfully blunt camaraderie, and a somewhat episodic structure that gradually introduces more and more powerful danger as time moves forward. Little is done to combat the comfortable void within the anime’s soul of “ripping off” bigger and better Shounen titles, except by randomly shoe-horning classic figures. Jay Gatsby is in this anime. Not really sure why that’s a thing.

With this said, it’s really the only thing that drags the anime down. Of course, that only thing encompasses a large portion of the anime’s body. Characters, plot, animation, and more suffer from simply treading a line that’s become weary from traffic. Still, one can enjoy some of the basic things that accompany BSD, including the effort dedicated to developing characters and the energy behind the wacky faces. Wacky faces are surprisingly charming here. The constant jabber of committing suicide is stupid, but at least the way the character in question expresses it is spirited.

An important part of Shounen is action, and yet again, it plays it by the books rather well. So much so that it’s irritatingly predictable. Very often I loathe in battles when characters snark and sneer at their opponent, relishing in their own superiority and don’t bother to finish them off from the start. It gives away too many loopholes within their strategy to the heroes so that they can “appropriately” counter-attack. An exaggerated number of times the enemies could’ve won by simply chopping off the heroes’ heads with their overwhelming strength spans in the hundreds. A less exaggerated number is about ten.

There’s also too often a time when the male lead is strong because he is. Because he relies on THE POWER OF EMOTIONS!!! Because he has the most OP power in existence, but can’t always control it because that would make him too OP, but everyone and their dead goldfish know it’ll come out at just the right moment. Predictable is one thing, boring is another. It’s not exclusive to the male lead, either. There’s a random female character introduced later on that goes into a warehouse full of antagonistic soldiers. She goes in guns blazing, and no joke, is fired at by about four or five armored men with machine guns for a full two seconds, and is hit once. She doesn’t move or anything, standing perfectly still, being showered with bullets from four or five different sources for extended periods of time, and is hit once. I couldn’t stop laughing. 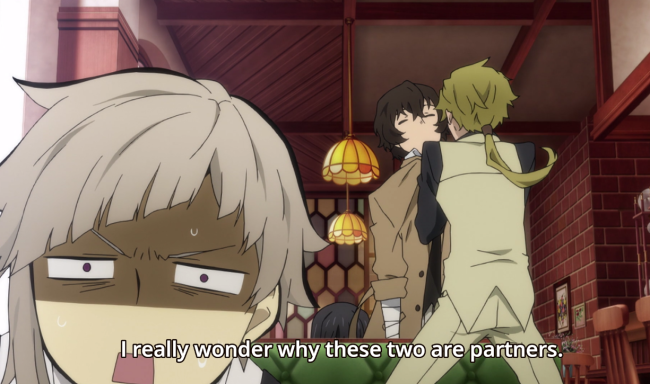 With as spirited as the characters and their expressions are, animation is the anime’s strong suit. Plenty of times the characters are given a number of high-quality spell sequences and kooky faces to suit the mood of the narrative (which I forgot to mention is very uneven). Animation is, for the most part, smooth and responsive, though not exactly the bee’s knees. At worst, it’s serviceable, but it’s a consistent serviceable that doesn’t lead to any strange disturbances. The powers look cool and the action is, on occasion, cruelly bloody. What more could one ask for if all else fails?

It turned out not to be the dreadful experience I figured it would be going back to it, though it could’ve certainly done better. It stands as a testament to being within a certain demographic for certain people, I assume people who love ignoring awful action sequences and pacing issues for the sake of THE POWER OF EMOTIONS!!! Mediocre is a suitable moniker, though I admit it’s not necessarily “bad.” Just bereft of any and all potential to be anything “good.”

One thought on “Thoughts on Bungou Stray Dogs (Season One)”