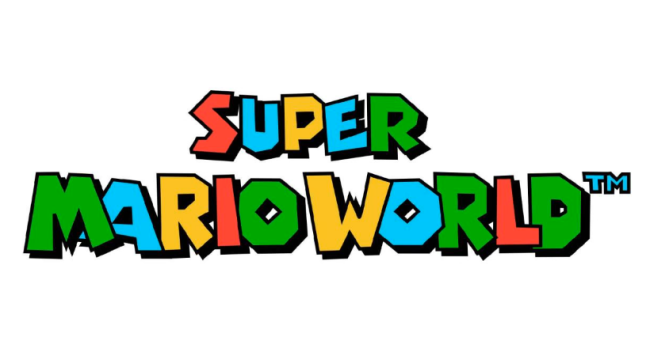 It’s intriguing to me that it’s taken me this long to look at one of the games that made up my very early childhood. Comprised of this, each Donkey Kong Country, Mega Man 7, and Super Ghouls & Ghosts (with various others), my first experience with the world of video games came in the form of the Super Nintendo, with Super Mario World heading the charge.

One of the first questions that comes to mind when looking back at this game is how it’s held up, if the game has become dated with time, seeing as it was released over twenty-five years ago. The most dated thing that can be applied to the game is its presentation, which all things considered, is excusable due to limited hardware. I don’t mean its spritework, by the way, which is fantastic to this day. I’m referring to narrative presentation, the sort of linear perspective of level-to-level, world-to-world process that would be somewhat dull to new age players. Looking at gameplay alone, the game is polished, innovative, and a shining example of Nintendo in their prime. 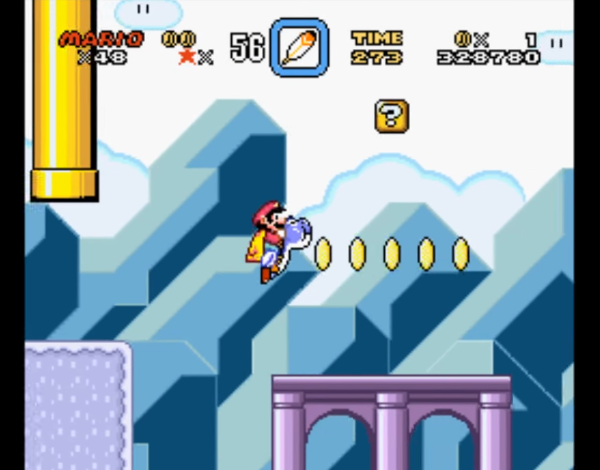 Nostalgic gauges pumping their pistons within my inner mind go into a systematic overload whenever the colorful images or catchy tunes of Super Mario World invade my imagination. A wave of happiness overtakes my usual resolve and reminds me of a time when video games were my reason to get up everyday, looking forward to getting further and further into the colorful crusade. It was my first taste of the Italian plumber and his Goomba-stomping adventures through the worlds that embody or surround the Mushroom Kingdom. Better this than Mario Is Missing!, I’d say.

As a kid, I would never get past the third area in the game, the Vanilla Dome, as I would lose the motivation to trudge through the rising difficulty with the game. Something about the levels involving flying Cheep-Cheeps always got to me. I’ve beaten this game before as a small child, I know I have. The brazen image of Bowser flying off and Princess Peach floating gently to the roof below her is a moment I will never forget. Remembering the joy I felt as I screamed to whoever would listen that I finally beat the game. Thinking about it logically, I likely hopped onto my father’s file and just went through the final castle until I could figure out how to beat Bowser. That, or I used the Star World to my advantage and warped all the way to the final world. Nice of the game to let the player exploit it like that. 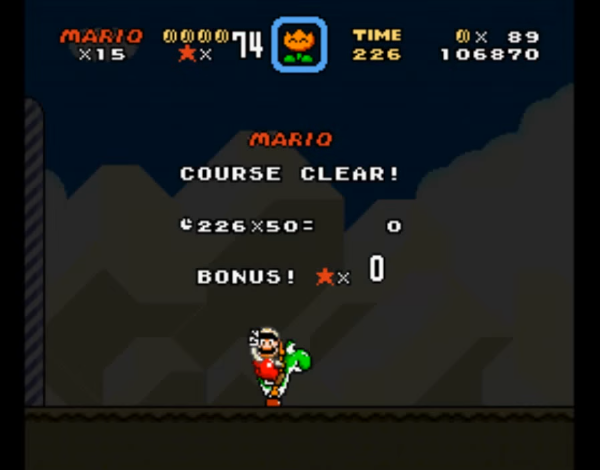 Something that wasn’t as noticeable to me as a kid when playing it now is how slippery Mario handles as a character. Controls are tight to some extent, but Mario is human, and he needs time to steady himself. The biggest difference between this and the original Super Mario Bros. is that Mario looks like a normal human being. The butter underneath his signature brown shoes is just as prevalent here as in games prior. While annoying, it’s nice that a player has to take his somewhat wobbly movement into consideration when timing jumps, running, and platforming. The emphasis of making the game a tad more challenging makes the platforming all the more rewarding for elite players, who dedicate themselves to things such as speedrunning. Extra stipulations to various levels also give a nice spin to the variety of possibilities within.

For me, Super Mario World was an excellent platform into the world of Nintendo’s flagship franchise. I would absolutely recommend anyone (roughly six people on Earth) who hasn’t played any Mario games to start with this title, as its the perfect creation of accessibility and challenge that Nintendo used to master effortlessly with their games. It still looks great, it still plays great, and if one can overlook the incredibly limited fashion of linearity, it can provide a lasting impression, one that’s touched millions of people worldwide. Regarded as a timeless classic by many gaming veterans, Super Mario World is one of many games from Nintendo’s heyday that made them the gaming empire they are today.

(All gameplay screenshots courtesy of SaikyoMog.)

4 thoughts on “An Ode to Super Mario World”