One never really knows what they’ll get when they watch a film for the first time. There are reviews, trailers, interviews, and more that may influence one’s expectations going into one, but until the movie begins to play and the attention has been provoked, the quality of a given picture is shrouded in complete mystery. Thankfully, The Circle preaches that knowing is good, but knowing everything is better, and knowing everything about The Circle is a very good thing. Think of the lives that could be saved when the truth about The Circle comes into view, so that everyone with that knowledge can use it to guide people in the right direction. Really, this review is in the reader’s best interest, so read very, very carefully.

Typically, when one reviews film, they use a mental Pro-Con list of sorts to factor in the strengths and weaknesses of a particular subject. They then get a feeling of what overtakes the other, and mix it all in with their overall feelings and level of interest as the credits roll. While it sounds pretty straightforward, many different elements apply to the process of coming to a conclusion on a film’s worth, depending on the person. With all the filler context in place, the point to this spiel becomes relevant: what are the strengths to The Circle? 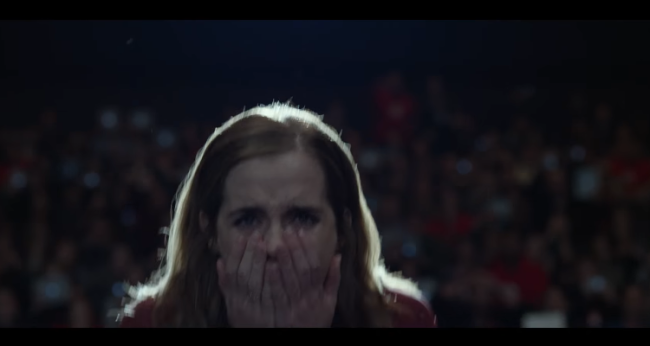 It’s amazing how completely wrong every aspect of this film is, whether characters, story, pacing, and most notably, logic. The effort a full team of writers must’ve taken to make this film as sound as possible, while adding in the necessities of a fulfilling cinematic experience makes the conclusion all the more bizarre. The leaps this film takes to make everything so succinct is astounding, despite never making any time to realize its full potential. If the film is in any way like the novel it was based on, then it wouldn’t surprise me if the source was written by a teenager who has never left their house in their life.

Logic, especially, is one thing that The Circle actively ignores. Points of conflict and the easy coasting of one scene to the next, despite the severity of the things being claimed on-screen, have the impression that the author simply wanted everything to be taken at face value. Much like a fantasy flick, where explosions only scratch characters and travesties are met with 100% goodwill, events are placed into the world and accepted because no one is there to question it. People are completely accepting of the things that are slowly taking over the earth, because the general populace is a swarm of braindead zombies willing to listen to Tom Hanks. Except for the one, single, sole person with a brain and is aware that people lie. 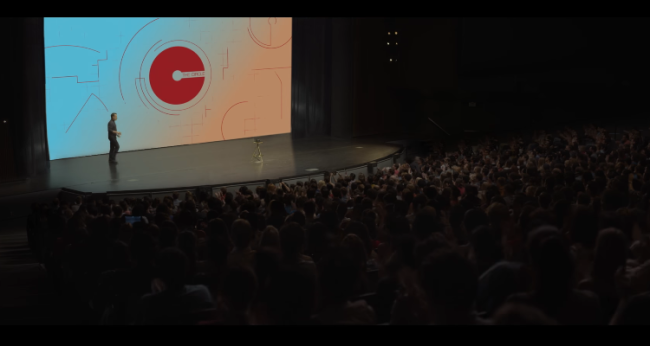 Through every minute, the fallacies begin to pile to the point that, by the end, one can’t help but question the entire structure of the society itself. The Circle is inherently flawed, from its very foundation of “The Circle” concept company to the ways it manages to bypass common courtesy laws to get to the point of power the likes of Google or Facebook. Even outside of these cases, which is difficult to shield from due to sheer quantity, the execution of these things are easy, inconsequential, and rushed. An enormous lack of feedback from the viewer takes place when things simply happen without any reason to believe things are actually happening. How sullen things become when halfway through, even the most benign of viewers become keen on how trivial the importance of the characters are in the grand scheme. Constructed from the most imaginative of minds, then coated with paint flung without a single care, The Circle has the literary capabilities of a drunken lunatic.

Undoubtedly, the story is worse overall than its characters and their actors’ abilities to bring them to life. Still, it is a one-two punch that could knock out Conor McGregor without effort. Emma Watson is perhaps the most bland female lead I’ve seen in quite some time, and what’s even worse, her character eventually loses her initial intelligence to the brainwashing of The Circle’s stupid “influence.” Not only bland and unoffending, her character becomes outright unlikable due to her hasty lack of common sense and outright heel turn at times most grandeur. This only worsens when considering her character’s screentime overlaps everyone else’s by a good twenty-five percent. Hanks, Boyega, Oswalt, and any others with some semblance of importance are treated as reserve players, popping up when the film feels it’s time for them to make an “impact.” Such transparency only further drags the film down into the depths of its own ambition. Never does it live up to the expectations it places upon itself, and its characters feel so jadedly simplistic and underutilized that Watson may as well have been the only actor to be given credit on the film’s cover art. Not because she was any better, but because her character’s importance rises so far above everyone else’s that the film can’t bear to show a single scene without her.

In terms of performances, it allows me to grieve for what little this film has to offer. No qualms should be attributed to individual performances, as as little as some are shown, they do a serviceable enough job to hold one over. Watson, despite her character’s limited array of personalities, plays the unassuming simpleton very well. Hanks is also quite the likable host, and his character, at times, doesn’t seem to embody the seed of Satan as the film adores foreshadowing. With as little experience as John Boyega has, his performance is somewhat typical, though I would note he is likely the weakest link of the bunch. Perhaps due to his very limited screentime, his charisma is little more than a whisper, leaving it easy for one to forget he even appeared in the film at all. The most natural actor of the bunch was Beck, hands-down, as his performance was just like what one would see anywhere.

At this point, it may be redundant to include that the little implementation of technological doo-dads pertaining to the opinions of the general public was fairly interesting. It gave the film a somewhat futuristic pop that its setting tries so hard to allude to in many cases. While the manner of profanity was turned down far more than it should’ve to replicate true society, it was a nice quirk to include some oft-floating text bubbles that presented life in a rather cynical light, providing comfort and self-preservation only in appropriate situations. Too little, too late, unfortunately. 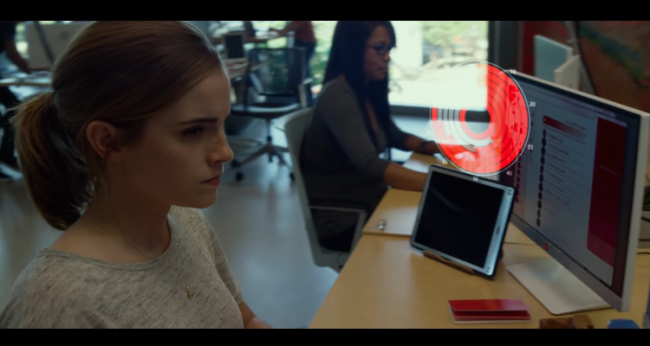 I suppose it would be considerate to say that The Circle tries. However, the implementation of horridly exaggerated events and the zombification of every possible human being (except one) leaves only a taste of the atrocious recipe for disaster that this film represents. Borderline insulting with how easy the entire ordeal feels, cutting up the general population to their own whim for the sake of power. All because everyone seems to believe that Tom Hanks, and his signature smile and silky voice, is enough to have even the most cynical of hares groove to his tune. Not this hare.

2 thoughts on “The Circle Review”