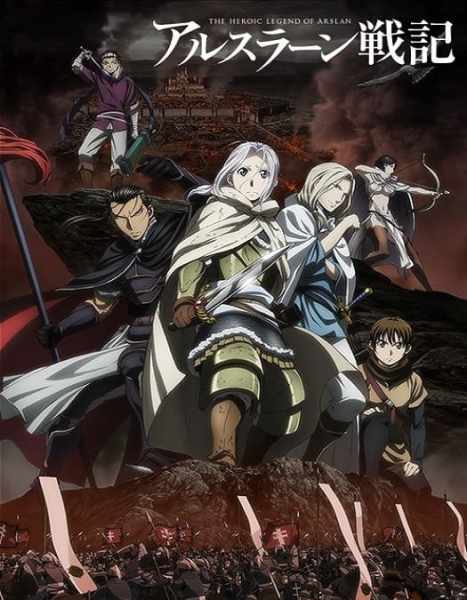 Officially halfway through the Summer! Ensue whistle-blowing and party poppers.

However, the halfway point was plagued by a long and unfulfilling series written by the man who penned Legend of the Galactic Heroes, a common choice (especially by elitists) for the GOAT anime. One has to wonder how faithful this recent anime adaptation is to the original novel, which was written nearly thirty years before. Perhaps it’s entirely faithful and the story is just oversaturated drivel pretending to be an “epic.” Harsh as it is, Arslan Senki is an anime full of not only holes, but missed opportunities.

I’ve discussed to some degree the argument that anime can never improve from its inception, and while I don’t normally disagree with it, Arslan Senki is a case of a series that hinders itself the longer it charges forward. Initially, the series introduces a number of done-before plot developments that, while nothing extraordinary, were easy to follow and executed in an entertaining way. These events set the stage for a long and arduous journey for the crown prince, Arslan, whose demeanor is quite unlike his royal peers, to grow within his role as inevitable king and his own identity. Things occur afterwards that isolates him from his kingdom, giving him the freedom to assemble his party of “friends” to tame his untested ability as a leader. At this point, the series really begins, though to some extent, it doesn’t, and already had. And then suddenly Arslan’s growth isn’t important for the sake of the kingdom’s safety, only for the focus to venture forth to other kingdoms and… are you beginning to sense something? 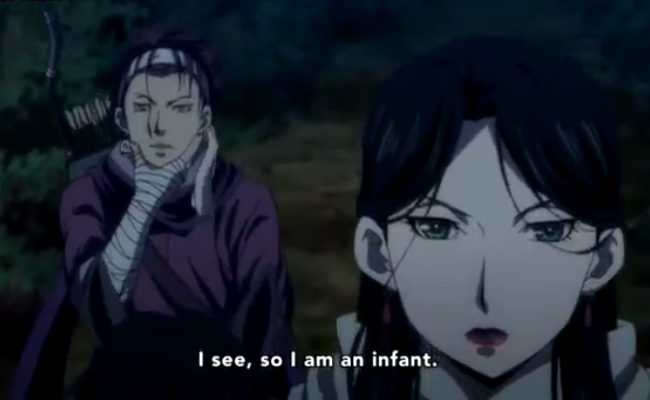 Arslan Senki is a story that reaches ambitiously for every unscrubbed corner in the fictional realm of fantasy. The spectrum through which it tries to detail is so wide, so vast that 33 episodes will simply not cut it. Legend of the Galactic Heroes had the benefit of having over a hundred episodes to elaborate on the things it wanted to do. Arslan Senki gets 33 episodes, and eight of those episodes are basically simplified build-up and no payoff. Because of the much shorter allotted space, much of what was initially hinted at in the beginning are shoved aside to get the plot moving along. Things such as genuine character development and interaction only reach a minimum of what they could be, as the emphasis is more on political relations between kingdoms and the main characters completely decimating opposing armies with their ACME plot armor. On the subject of plot armor, that is likely the series’s most prominent issue.

The major characters are immune to death because, despite constant threats of danger, no one ever dies. Some get stabbed, cut, or bruised, but quickly recover without a care in the world or any hesitation going into battle the next chance they get. This destroys tension because one knows they’ll survive and be successful, because nothing is proven otherwise. A character may be on the verge of defeat, only to have one of two things happen: A. Someone steps in and saves them at the last second (This occurs A LOT), or B. They suddenly find the strength or the strategy to topple the immediate adversity. Through most of the series’s second half, I fought against boredom as the anime decided to follow the same formula every episode, filled to the brim with what had happened just one or two episodes before. At first, characters gave a lot of spirit with their personalities—again, nothing great, but spirited. Their “shticks” are presented well and could’ve been used for some clever interaction and tonal shifts, but to no avail. The once art-minded strategist simply became “The strategist.” On a bit of an off-topic quip, the strategist knows everything and justifies it with “As I suspected.” You can’t just “suspect” everything without valid evidence and expect viewers to take you seriously! You’re just OP! Anyway, only one character comes to mind who exudes some of their established personality all the way through: the “traveling musician” who fancies women and tangible pleasures. There’s also the strategist’s so-called “wife,” but her only identity is that she claims to be his wife and nothing more, which hardly counts as a personality. Every character eventually swirls into the pool of blandness that wouldn’t quench the thirst of a desert wanderer.

Everything after a certain point feels so forcibly “for the plot” that the audience really has no reason to care anymore. With the introduction of every new character, new development, and new twist in the motivations of pre-existing characters, one has to wonder what it really means within the context that the anime will not be even close to finishing its story, and how basic all the characters and their moral compasses are. Arslan Senki is pretty blatant in its use of a black-and-white moral system, with good people being good because it’s good and evil people being evil because they’re evil. On occasion, people will be given time to gray out their motivations, but by that point, it’s all for naught, as they either retcon themselves soon after or no one cares because they’ve already been told off by the good guys. 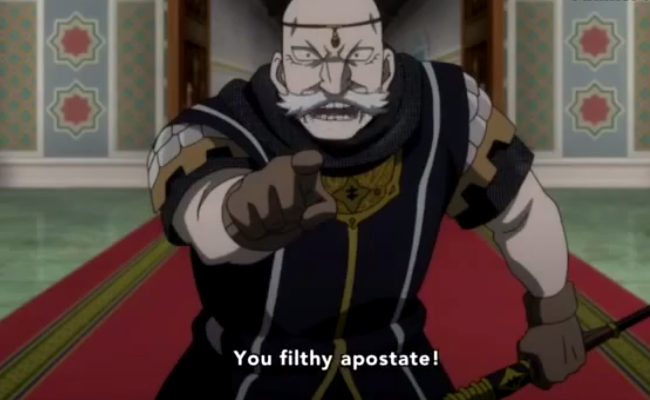 For an anime made in 2015, design and animation are pretty standard for the times. Crisp and within the setting, and nothing more. Not often did I spot any shortcuts in animation or lazy bouts of fluidity. Some designs are nice-looking, while others are simply standard. The most of what I can state is that it’s standard. Rather, a lot of what I can say about the series overall is standard, at least for a while. I found myself mentally awarding it a six, then a 5.5, then a five, then a 4.5, then a five again. It has the right tools to become something immersive and worth following, but it doesn’t seem to emphasize the things that make a truly enriching experience, most notably the characters.

Essentially, a lost cause, which is more prominently shown by its half-assed, eight-episode sequel season. There are things about it to like, especially when given such a diverse main cast and a world both like and unlike our own. Throw in some implied wizardry and it immediately sets itself up to be entertaining, at least. But it doesn’t, and it isn’t. It’s a standard series at best, with a lot of baggage dragging it to bargain-bin levels of mediocrity. More time, more freedom; whatever the issue may have been, its current state isn’t recommendable.