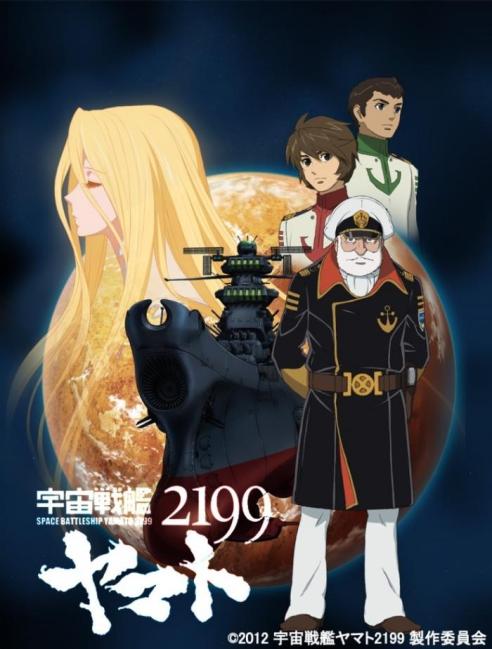 (Recommended by a complex rodent.)

Another short one today. It can be summed up simply, and effectively, without much elaboration.

Uchuu Senkan Yamato 2199 is a testament to anime of old, particularly that of space opera. After all, much of anime’s popularity back before I was ever born spawned from the fascination with transcendent robotics and machinery, a la Astro Boy and Mobile Suit Gundam. With it comes the territory one might expect from a series of yesteryear, only with an updated design.

It’s almost sickening to criticize the series for being true to itself, as it embodies a lot of the heart and spirit that went into the original series, full of love and creativity. It’s a lot like how many people see the new Star Wars films: an ode to the original fun and almost campy appeal of the original trilogy, just with newer stuff. That being said, when comparing it to the technology available and to those with the same narrative themes, there are series that still do it better.

That isn’t a swipe at 2199, as the series on its own is very well done, capable of holding its own against the newest trends and current generation. Its simplicity adorns the structure of the series, which allows for a number of other elements, such as character and story, to make a more weighted role in its quality. In layman’s terms, 2199 tries, and one can definitely see this in its progression.

What brings it down is that it suffers from a lot, and I mean a lot, of little tedious inconsistencies that eventually build up to dull the sensation of full-on enjoyment. One such thing is predictability, as the series is fairly by-the-books and doesn’t like to hide much from the viewer’s expectations. Another is plot armor, which keeps characters alive (both good and bad) for way longer than they should, and through events that really, really, really should kill them. And in a cruel respite almost designed to test my patience, this series also relies quite heavily, especially in the final episodes, on THE POWER OF EMOTIONS!!! For the most part, this is bearable, but when it starts performing miracles that predicate the “necessity” of happy endings, that’s when I start to groan.

There is certainly more good than bad here, and nothing is so glaring that it would hamper the enjoyment of the series’s overall structure. Should one like to employ upon an intergalactic adventure that could also double for a history lesson, Uchuu Senkan Yamato 2199 is a fulfilling experience that I feel lives up to the significance set by its original work. Though, I wouldn’t set hopes sky high, as the number of little trifles that scatter themselves throughout are enough to make not every moment smooth sailing.