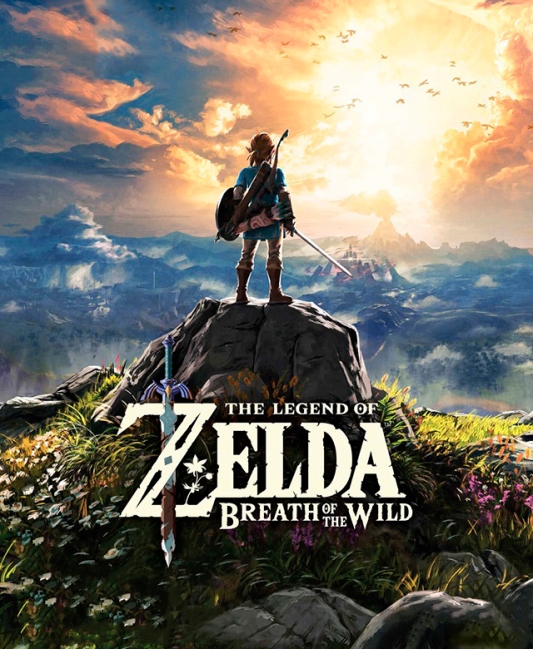 I could have added this bit to the disclaimer, but I felt it too much for one bullet point. Since my last post on this subject, I have switched to the Switch version of this game and have gotten farther in the game than with the Wii U version. Needless to say, that means I have played over these oncoming events twice over, so the stories and situations I share will become muddled with oversaturation. While there’s no real need to distinguish the two playthroughs, know that I’m a lot more experienced with the game than I was since starting this collection of Traveling Thoughts.

Though I still haven’t beaten the game. Trying to find all those shrines. I’ll likely have them all by the time I write the next entry.

Now then, on the journey from Kakariko to Hateno, the range of area to explore rivals that of when one leaves the Isolated Plateau. Link is tasked with finding a Sheikah researcher named Purah, who is capable of repairing the Sheikah Slate to its full potential. (A device I never mentioned once until now, despite it being the first item the player receives in the game. Oops.) Essentially, the Sheikah Slate is the tool to end all tools, capable of allowing Link to use runes (another thing I neglected to mention once; supernatural abilities spanning from bombs to a time-freezer), look at a map of Hyrule, collect info from shrines and towers, take pictures (no selfies included), warp to established shrines and towers, and pinpoint specific locations for future perusing. Really, the more area that’s explored, the more of a Godsend the Slate becomes. At its state upon leaving Kakariko, however, there are still functions missing (such as the camera). Purah is the only person for the job. 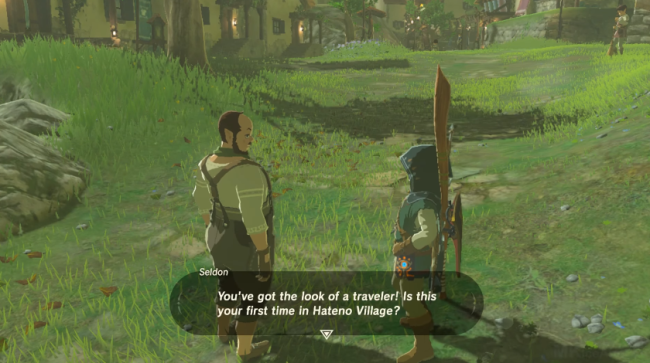 One little note to make is that while this becomes the main objective, it doesn’t technically have to be. After visiting Impa, Link is told of the Divine Beasts originally created to combat Ganon—and their current rampage upon Hyrule—whom then become objects targeted for the main quest. If the player chooses to go calm them, they’re free to do so without going to Hateno. In hindsight, going to Hateno isn’t drastically important, as the upgrades provided are more for extra security than anything else. For the purpose of consistency, as both times I went (relatively) straight there, I’ll continue the path that way.

Along the way, I recall in my first playthrough finding the first of many Stable areas placed throughout Hyrule. One can register their horse there (if they choose to tame one), collect side quests and info on the land, and collect essential goodies from the area. As stated previously, I felt a certain sense of joy discovering even more humanity present within the land, though this was far less impactful. A few quips here and there, and characters that will eventually become standard when visiting more stables, it was a cozy, albeit short break from the wild. I also discovered that every Stable has a shrine next to it, presumably to ease players into having a horse at all times. 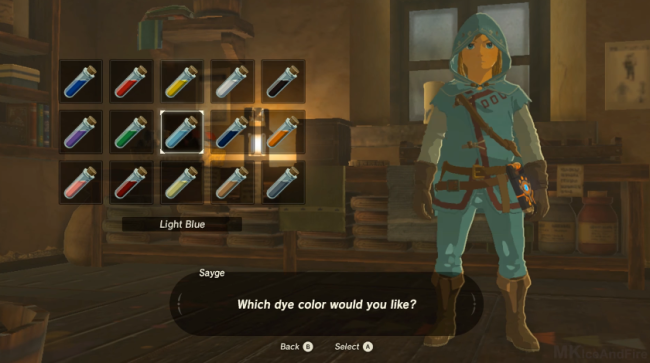 Contrasting from Kakariko Village’s serene and traditional atmosphere, Hateno Village is more cozy and homeland-feeling. Kids run around, people work on their farms, architecture looks more Western, and the musical score is cheery and almost child-like. The people are more outspoken and varied, almost as though they come from a number of different places. Some of them are even mean. And socially awkward. And fedora-tippers. I-Is this a statement of some sort? Certainly more pleasant in tone, but something was missing. Perhaps the emotions felt by Kakariko made my expectations too high for other places, as Hateno felt a little more “sideshow” than “main event.” Despite this, Hateno Village ends up becoming one of the more frequented areas in the game, even now. Whether it be praying to the Goddess Statue for extra hearts or stamina, dyeing my attire different colors, or showing a kid weapons I spend hours trying to find so he can give me the American equivalent of ten bucks, it’s a nice home base.

To make up for the lack of personality with Impa, Purah is a delightful little ball of energy that I can’t help but wonder was affected by her latest experiment. The situation goes that Purah is over a hundred years old, yet looks like a big-headed child. Some nasty side effects from an experiment caused her to reverse her aging to the point where she looks (and acts?) like a kid. Better than nothing, I suppose, as her voice (no talking, just grunts) is cute and her dialogue is all the more. While getting somewhat tedious after a bit, her background information is present in a diary at the top level of her research laboratory, which highlights a lot of the details left out by conversation, something I’d recommend reading. 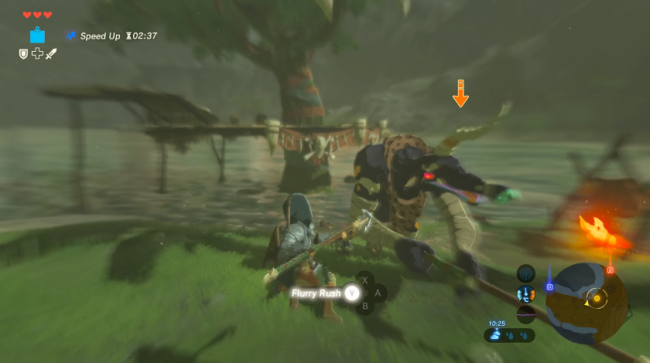 What’s a little disappointing is that, adding to the “sideshow” feel of the whole village, Purah is only important for this one time, as all future visits are the same old dialogue with nothing new. Link can ask her assistant for an optional side quest, but that’s the bulk of the priority for them. Once the Sheikah Slate is repaired, she has no use. Not as a person or a partner. She’s just there. I suppose with Impa, there’s a little more to her place in the game thanks to the multiple amounts of times Link can speak with her that provides new dialogue. Purah, in compensation for her enthusiasm, is almost like a one-track record. I really wish she were implemented more into the story.

As a little cubbyhole in the gargantuan mass of Breath of the Wild’s scope, Hateno Village is little more than an escape from nature. Its usefulness and simplicity provides a place to come back to when all’s said and done—the player can even buy a house there! There’s just not much more to it than that. Lots of side quests, along with shrine quests for areas yonder, but nothing that really makes it feel as though it’s a people-driven environment. Most won’t have a problem with this, but after experiencing the loveliness of Kakariko Village, I’m left emotionally unperturbed. I can be glad the town isn’t full of annoying main quest dribble, thankfully.

(All gameplay screenshots courtesy of, once again, MKIceAndFire.)