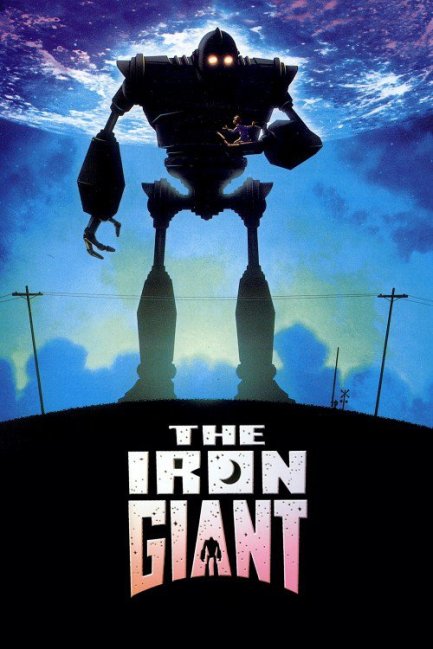 The first (and last) time I watched The Iron Giant in full was somewhere in the early 2000’s. It held the distinction of being special due to peculiar origin—being that I watched it with my cousin at my Aunt’s house one solitary day, joining the likes of Kung Pow, Spaceballs, and a number of Godzilla movies. At the time, it left such an impact on me that I imagined myself with my own giant robot, yet never felt the desire to ask for the movie myself or any toys of it. Various scenes stuck with me throughout the years, and watching it over again, I’m surprised at how much I really remember about the film. What surprised me more was how much of the film I didn’t remember.

This film takes place in 1957? Was there always this much pro-gun control symbolism? Oh, my God! The emphasis on the American government’s paranoia in the height of the Cold War era is spot-on! Hogarth’s mother is a hard-working, upstanding woman who doesn’t play a significant role in the film but speaks wonders with the scenes that she’s given? Wow, were all the scenes this short?

The Iron Giant delivers in a way most animated films only dream of doing. Clear dedication and love to the craft of traditional animation and storytelling, despite its formulaic approach, it’s its execution that leaves a substantial bite. Not a single scene feels truly wasted, complete with animation that only rarely falters and characters uplifted by fantastic vocal performances that only occasionally spout stupid lines.

I could only think back on E.T. prior to rewatching this film. A young boy finds an “alien creature” that quickly becomes attached to the boy as he tries to assimilate his life to playing with the creature and hiding it from the public eye. My cynical sensations assumed that that was the build-up I would receive and the payoff would be something of an overproduced yawn. It was, indeed, the build-up I received, yet there were little touches—almost tender pinches reminding the audience to pay close attention—that added a complexity to the film’s entertainment value. A classroom scene showing school kids watching a bomb threat awareness video, with kids around the male lead commenting on how any unidentified “creature” should be blown to smithereens. The “antagonist” screaming at the male lead in a diner about how anything unknown should be eliminated because it “isn’t ours.” The Giant looking at a comic book displaying an evil, robotic menace that’s eerily striking to the Giant’s design. Look, Ma! Layers!

Never did I ever think to consider the time and place of the events that shape this story. As a kids’ film, there’s so much that their ignorant minds will miss within the lines that inhabit the narrative. I certainly missed them when I was eight or nine-years-old. This allows the film to take on a course that prevents it from being a straightforward, point A to point B film, as I expected it to be. Flourishing within the identity of anti-war, there are many allusions to the capabilities of man and the fear of the unknown. The Giant, in some capacity, is almost a manifestation of mankind—gentle and docile, yet absolutely destructive when provoked. There’s a lot to be made of the film’s subtle subtext, including the decision to base this in the height of the Cold War, but that’s for a more organized platform. 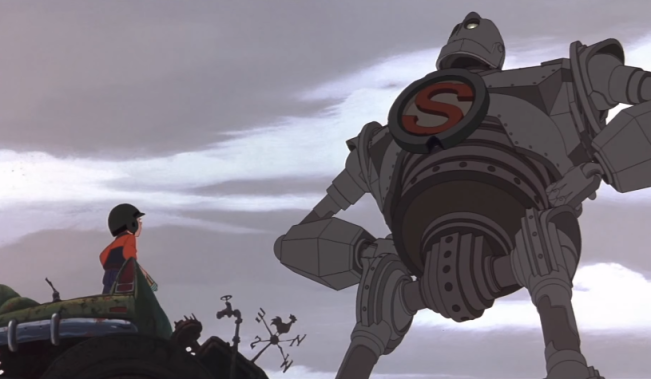 Production values seem to be well-allotted for the time. While not perfect, the animation is, at times, brilliantly fluid and awesome. I particularly like the opening scene where The Giant flies down to Earth in a flaming heap of mass. However, The Giant itself (or “himself”) is the primary cause of uneasy animation. Stiff in some scenes, endearing in others. He has more noticeable chinks than any other character—the insinuation that others characters are indeed stiff is present. Voice actors do their work splendidly, with the honors of “Best in Show” being awarded to Christopher McDonald as Kent Mansley, the “antagonist.” Eli Marienthal does splendidly as Hogarth, the male lead, as well, giving him a spunk and wit that many young male leads don’t tend to carry anymore. And though the film is nothing compared to the numerous works of animation in other fields, it carries a traditional charm and, on occasion, humor that gives it its own aesthetic appeal.

To balance the level of praise, know that the film is not perfect, with its weakest link spawning from two key issues: the ending and the length of the film. Length in full, excluding the ending credits, The Iron Giant is roughly 79 minutes. Even for an animated film, that’s on the verge of being criminally short, especially for the things they wanted to develop behind the scenes. This may have contributed to each scene feeling so short, so fast, and so packed with a number of important lines and events. There’s cutting the fat, and then there’s fasting the remains. Each moment feels important and weighted, but at the same time rushed and, wrapped up in the inevitable final conflict, half-hearted. The ending is likely my least favorite part of the entire film. Not for the content it shows, but for how fast everything goes by, how easily all the pieces come together to form the most predictable of final scenarios. Some alleviation comes in the form of emotional payoff, which bodes well enough (as in I actually felt something), though it doesn’t compare to the poignant potential that led up to it. 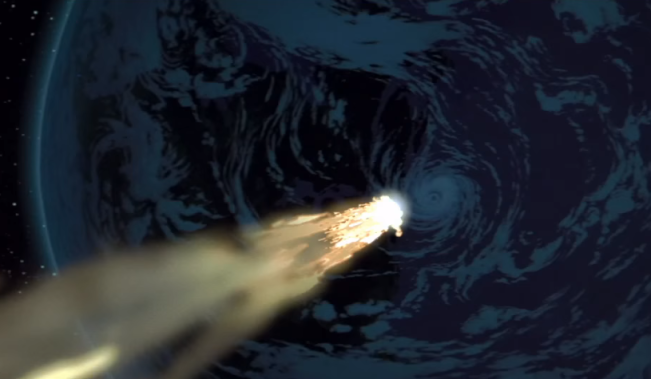 Even so, the emotional foundation behind The Giant and his role within the scope of the film is on par with the film that likely inspired it. As with the gentle, caring E.T., The Giant has a charisma through family-friendly, child-like creativity. He is “like a little kid;” curious, empathetic, and wishes not to be alone or afraid. The bond between human boy and giant metal boy is one that is as charming as one would expect a film to feature a male lead as open-minded (which is important to more than just this aspect) and good-natured as Hogarth. Fast as the pacing may be at times, the beginning few scenes where Hogarth is introduced to The Giant are brilliantly contained and almost blissfully timeless. Timing, mood, and character quirks all blend into a beautiful blend that lathers itself through the more slow and quiet moments between man and machine. Also noteworthy: this film knows how to efficiently use THE POWER OF EMOTIONS!!!

My safe rating for this film would be an 8/10, as I knew in my mind from past experience that the film was a great one. I was skeptical, of course, that it could be worse than expected, but I never expected it to be better. In such instances, I can think fondly of the things that make a film so wonderful, while also rummage through the fickle matter of emotional attachment that somehow overlaps the logical capacity. The Iron Giant is not just one of the greatest animated films of all time, it is a film that can hold its own against even the most cherished films within cinematic history, even if its most intriguing themes are moderately safe and close to the chest.

5 thoughts on “The Iron Giant Review”