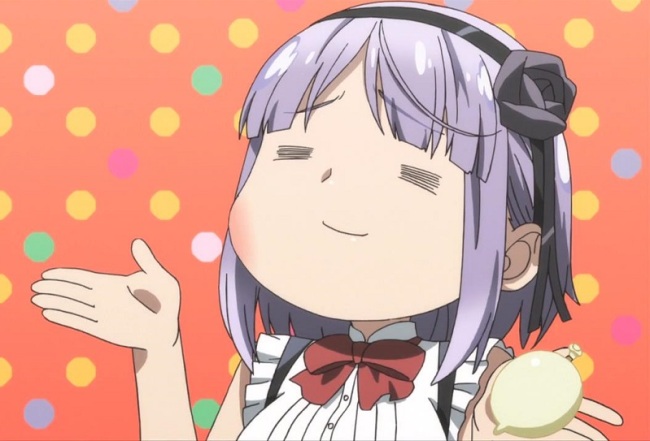 Thinking about it earlier today, I found it somewhat odd that I never latched onto any particular person on Youtube who does anime-type reviews or videos. At least, I don’t now, seeing as none of my subscriptions deal with anime in any capacity other than references (or adaptations based on video games). So I thought about it a little more, while also browsing Youtube for a short while, and I’ve come to document my thoughts on why I think I’m not taken by any particular ani-tuber at large, and why I may never be. But first, a little history between me and ani-tubers. 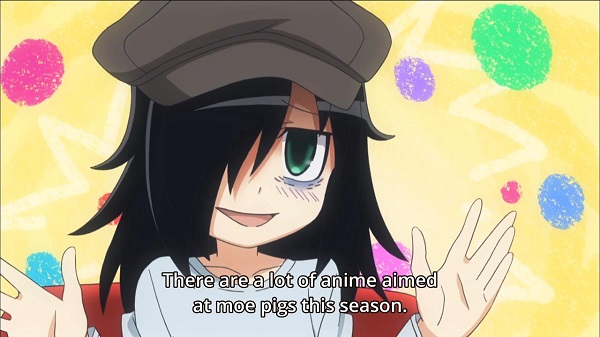 I have only subscribed to three ani-tubers in my entire life. Those three being:

I’ve talked at some length about my history with ThatAnimeSnob. Despite the brutal takes and the general pessimism of his character, TAS was a symbol of my own cynical nature and how stupid I found the general anime fan’s opinions to be. Even now, I scoff at a lot of (generally) positive ratings for anime I find to be undeserving and credit it to an inexperienced or differently-prioritized mindset. Yet it wasn’t just the vicarious experience; I genuinely thought TAS had a lot of good insight about what makes an anime good or bad, and a lot of his “teachings” can be reflected in visual media in general, not just anime. I respected him as a valid critic, and despite the low-quality of all of his videos, I liked to watch his videos for his opinions alone.

BlackCriticGuy is a bit of an interesting story. I came about him by complete accident, and his name stuck out to me. “BlackCriticGuy…? That’s rather cut and dry.” He delves primarily into anime, but also reviews film as well. With film, I think he comes across a lot better as a critic and not just a semi-objective fan. That is to say, his taste in anime is… casual. I believe it was right after he gave Akame ga Kill a 10/10 that I thought, “Okay, this guy’s opinion clearly doesn’t align with my interests.” I have nothing against the man, as aside from some occasional cringe at the type of content he uploads, he seems like an incredibly nice person and genuinely loves what he does. I can only respect that type of attitude. His word is just not for me.

Finally, the shining star of the bunch, DouchebagChocolat. His humor, his insight, and his video editing skills are all spectacular. He has so much talent in his critiquing skills that I would think he were actually employed as a critic. He is also the only youtuber to make me laugh on a consistent basis. Youtuber, not just ani-tuber. Not even Dunkey makes me laugh as consistently as “DEMO.” Tragically, DEMO has stopped making Youtube videos. I’m not completely sure of the primary reason, but I suspect it was the mounting pressure of his real life situation combined with the time it took to make such high-quality videos. He still streams quite often on Twitch, but it isn’t nearly as magical as what he can create with a video editor.

With three large paragraphs of filler out of the way, let’s get to the real shit of this passage:

Basically Everyone Does Episodic Reviews

With all the respect in the world to my comrades Karandi and Kindle-kun, I really can’t get into episodic reviews. It’s almost like when people rate something with points other than “5.” It feels too meticulous; I’m usually someone who likes to look at the big picture, so slicing it up episode by episode, constantly raising or lowering the expectations through mathematical combobulations of the feelings produced with each twenty-minute spurt of animation… it’s a little much. It’s one thing to say “Hey, this episode was okay/not okay,” but to dedicate an entire video to it, aside from being a more profitable manner of consistency, seems too much of a stretch. I’d probably draw the line at a “Halfway” video, then a full review once it’s over (depending on episode count). Ani-tubers, generally, do this and little else, so it’s hard for me to want to hit “subscribe” only to have my tab be flooded with a million people’s thoughts on Yuri!!! On Ice’s fifth episode.

Basically Everyone Is a Casual

Now, I’m not going to pretend I know every ani-tuber in existence, but from the experience I have with some of the bigger names like Arkada, GoatJesus, and The Anime Man, many of them have a generally-casual taste in anime that, while does not limit their opinion, doesn’t make them very interesting. Part of the appeal to TAS was that he was an outlier, someone who could back up their contrarian views with genuinely interesting insight and explanations. When I say these ani-tubers are casual, I somewhat mean they’re more inclined to enjoy something than not, something that makes TAS even more refreshing in comparison. Arkada has even come out and said (I believe it was in his ” 2016 RWoA” video) that whenever he releases a review, it’s a fair chance he’s going to like whatever the subject is. That’s so boring! I don’t always want to know why a series is good. I want to know why someone doesn’t like a series, why they prefer one series over another. What their priorities are, what they look for, what they cherish; if everything is good, nothing is!

No One Is as Charming as DouchebagChocolat

This one’s a little unfair, as Mr. Douchebag is an entity of his own. Still, it’s a dramatic shift between going from part shitposter-part reviewer to cookie-cutter ani-reviewer. Some people implement some visual effects to their whimsy and some add a little comedic flair to their videos. Yet after seeing the best of what’s to offer, it all feels so standard and uninteresting. Kind of like watching Toradora!, then trying to watch Tonari no Kaibutsu-kun and Ao Haru Ride. I was spoiled early, I suppose.

I Hear Too Much Bad Press About People

This could almost be renamed to “I Hear Too Much Bad Press About Digibro.” Digibro seems a little more up my alley than most ani-tubers, as he’s more of an “Artsy-fartsy” kind of guy, something that’s immediately more interesting than someone reviewing just because they like anime. What scares me, however, is that I hear way more shit on him than any other ani-tuber. He’s a crybaby! He’s a hypocrite! His fans are tryhard bigots! (Fun fact: I have actually had a bad experience with a fan of his.) There’s just so much bad press on him that it’s hard to really find the desire to watch his stuff. Almost like the stigma surrounding TAS (which I feel is warranted). But it’s not just him. There’s plenty of others. When you put yourself out there—especially when you’ve released a lot of content—there’s bound to be people who find loopholes in your critiques that make assumptions of your character on that alone. What’s tricky, however, is whether or not the thing in question has any merit. Almost like the overload of sexual harassment allegations going on in Hollywood right now: regardless of if they’re true or not, the accusations hurt one’s status tremendously.

That’s all I got. Thanks for reading! Recommend me some ani-tubers that don’t match the filters above and I will reward you handsomely (with appreciation).

5 thoughts on “I Don’t Watch Any Ani-tubers”