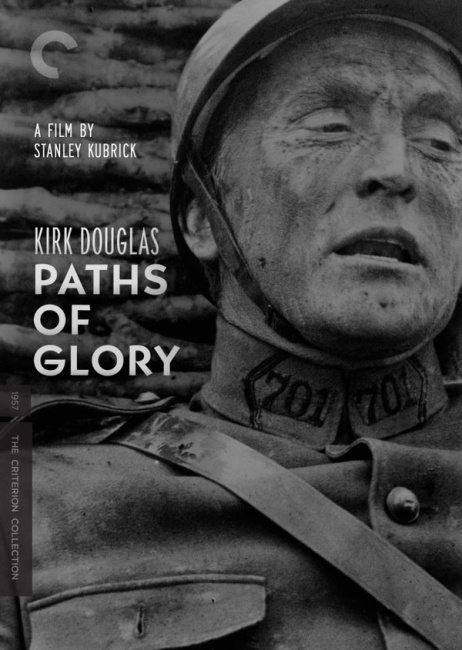 I have seen two Stanley Kubrick films until just now: The Shining and Full Metal Jacket. With the former, I blame the writing style of Stephen King primarily for why I feel it doesn’t live up to the expectations set by fans and critics alike, assuming Kubrick employed much of King’s style. With the latter, I enjoyed it more, but still felt myself doubting this supposed “Legendary director” status that Kubrick has made for himself through cinematic history, wondering if, perhaps, I just don’t “get it.” I saw both of these films roughly a year ago, and for the second day of the 2018 March, I watched a third film from this legendary director. He seems far more legendary to me now.

War is a fool’s game—driven by power and greed by the few supremes who indulge in shaping history by their command. In my youth, I found war to be a necessary evil, one that allows benefit to a country on the rise to not be tampered with by others and stimulating their economy through manufacturing and general production. In recent years, I’ve found it more evil than anything, with the mindset that war harms everyone involved far more than any benefit. The fools are not only those in charge, but those who obey—whether in fear or in earnest—those who decide whether a collection of the same species is good or bad by the design of their flags. How astonishingly simple it would be to thwart all future transgressions if everyone were given ample opportunity to educate themselves not just on war, but on each other. Why is it that the men “in charge” get to dictate the lives of the millions (or more) beneath them on the social ladder? Let world leaders fight in battle. Perhaps they won’t be so eager to declare war then. 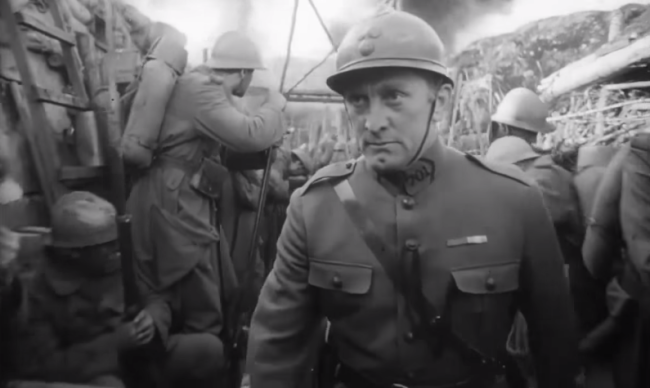 Paths of Glory explores this caged reality. Themes of acting “like a man,” such as never showing any emotion or compassion for fellow human beings, is dominated throughout the ranks of wartime hierarchy. Reputation overrules empathy; results are the only indication of success. And what “results” equate to is death: death of the enemy; in which leads to medals of honor, because society honors the warring gods of death and ruin. One (such as myself) may step into this film expecting it to be constant battlefield fights as men die by the dozens every second as they try to advance into enemy territory. That is only a small portion of the film, and a portion fed first. The true bulk of Paths of Glory is the corruption within one’s own home, with the strings of casualty occurring by the hands of comrades along with the enemy. What can be expected from this is that war is explicitly, cunningly, and apathetically driven to get results (see above description of bolded word).

Now that I’ve alienated the reader with my opinionated filth, allow me to dial back and state that I can look past this opinion-validating manner of film and offer some easy criticism that may or may not be important to the film’s “intentions.” It is easy to see this as anti-war “propaganda,” with characters who are clearly evil and presented as “the wrong” faced with those who are, for all intents and purposes, good and virtuous as “the right.” Kubrick does very little with the only person who could be seen as the “middle-ground” character, who embodies both good and bad values whilst still being within a position of power to do something about them. In the end, even he is shown as more morally evil, with Douglas’s character mocking him in disgust. All one can do is feel pity, terror, and empathy for those who are, by the authority of humanistic tendencies, wronged unjustly for their actions on the field. 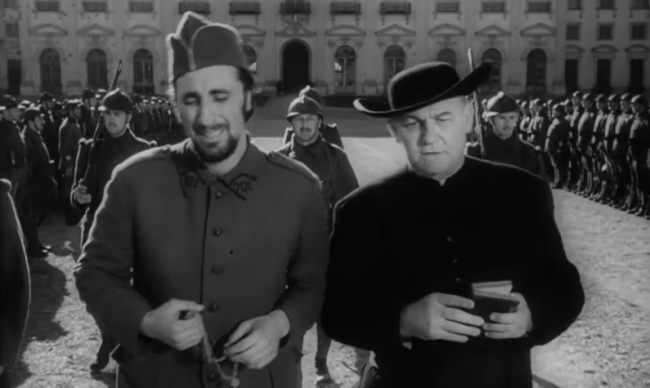 Still, I feel that is a large portion of why this film works so well. That dread, that contempt for whom these characters have to answer to. It is an emotionally-driven story that speaks to the heart of every person, reminding them what it means to be human without the use of artificial intelligence or alien counterparts. It’s simplistic in a general sense, but the details with such a limited scope of a bigger line of thinking is put on display well here. It touched me like no other Kubrick film has (all three of them). The ending scene is beautiful, as well. I felt compelled to look up the song, only to be more touched by its original intentions. Take the fact that I immediately looked up the meaning of something used in a fictional setting as my recommendation, if you haven’t already sneered at how strongly I feel on the topic.