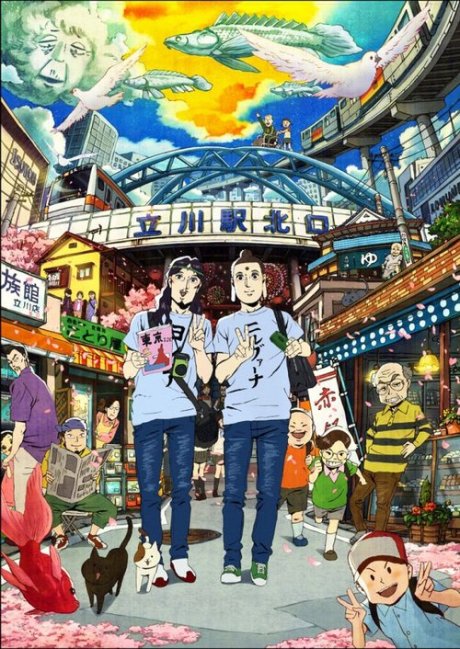 Time constraints closing in. I’ll keep this one brief, despite the relative strangeness of its synopsis.

It’s dull. Unequivocally, without exaggeration, a very dull picture. Its goofy, lighthearted atmosphere of such a bizarre situation is all that it has going for it, as its style of humor gets old really fast, with no differentiation. They could have taken advantage of a lot of religious references, which they do, but they aren’t particularly clever or insightful. It’s simply stating the bare minimum to remind people that they’re Jesus Christ and Buddha, and making them kind of socially awkward. An hour and a half of this was all I could stomach, which is nice because it’s exactly an hour and twenty-nine minutes. I was easily distracted by whatever background presence, sound, or movement was occurring during, and that’s a pretty damning sign.

On top of that, the slice of life angle, while tranquil, doesn’t really do much with a premise like this. Parody would’ve been a lot more promising, but this feels more along the lines of letting the soup simmer while casually throwing in onions by the minuscule strip. For hours.

I suppose people will be roped along by such a strange premise, but there’s little to it. A few religious jokes here and there with some moderately enjoyable interaction between the two religious icons. If that sounds good for ninety minutes, go for it, kid.