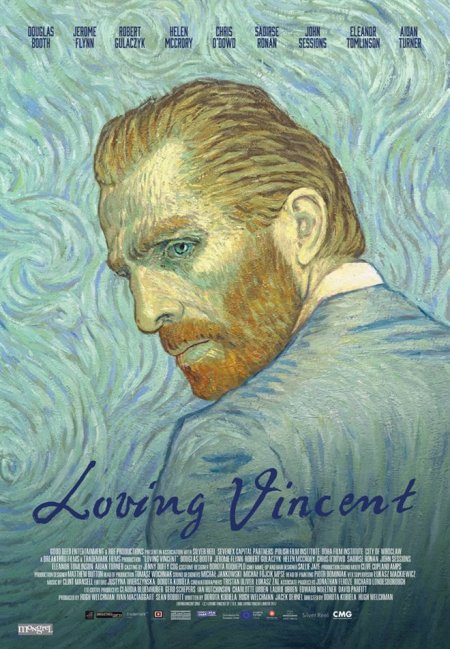 Strangely enough, this actually isn’t the first time I’ve brought up Vincent Van Gogh on this blog. With my tribute post to Chester Bennington, I compared the deceased singer to Van Gogh in terms of living with the self-implemented expectations that are to never be met no matter what. One can progress and progress all they can within their artistic ventures, but it may never be satisfactory, leading to a life of mental torment bereft of gratification. Combined with any sort of traumatic incidents or lack of early support systems, a troubled mind would be a depressingly obvious conclusion.

I also wanted to note before getting into the review that this post will have a few more pictures than normal. I want you, the reader, to see this film as much as I want you to read my thoughts on it. 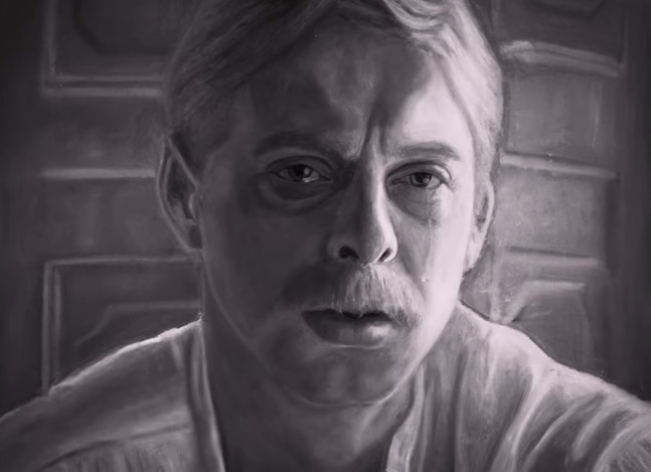 So, I’m sure some of you have heard by now of a little game called Cuphead. This game was in development for a number of years, with the creators of the game wanting to evoke a feeling of nostalgia from it. How so? They decide that this game will feature hand-drawn cartoons with designs reminiscent of the early 1900’s. They do just that, except with the whole game. Every level, every character or NPC, every movement or cutscene: hand-drawn—likely millions of times to make the animation as smooth as possible. It came out phenomenally, with tons of praise being given to it from audiences and critics alike. Why bring up this game? Loving Vincent portrays itself similarly. 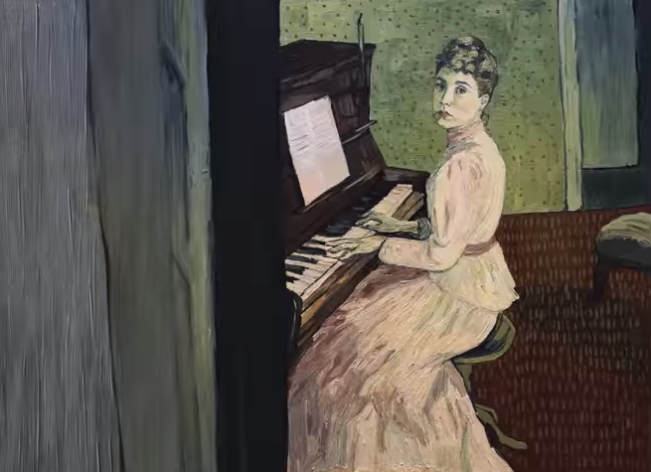 Every frame is a painting. Painted again and again, likely millions of times, to give as realistic an interpretation of human movement as possible. Over a hundred painters were tasked with this. Not only that, but the paintings are oil paintings, done in the same style as that of Van Gogh himself… usually. Sometimes the style of presentation deviates to more realistic depictions or less realistic. Of course, these painters have references through actors portraying these characters and such, but the level of detail in every frame is just… breath-taking. Loving Vincent above anything else is a moving work of art. I for one commend it for its dedication to concocting this presentation alone. 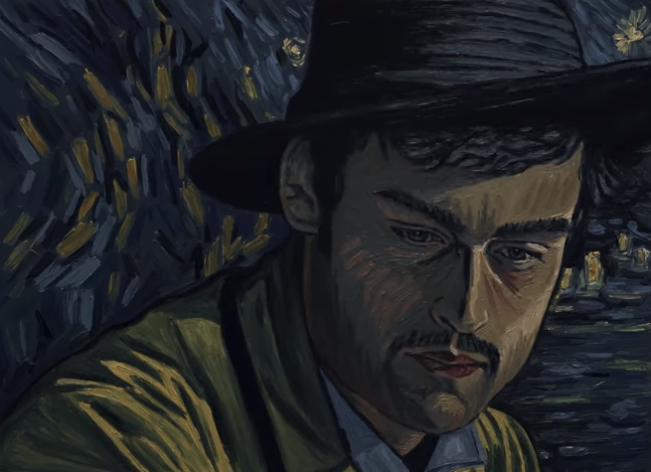 But let’s turn our attention to the film itself, the meat to the very, very pretty pictures being shown every second. What is there to say about it? Well, starting with the bad, it’s a pretty standard biopic. Taking place some time after Van Gogh kills himself (“Or does he?” claims the film), the son of a postmaster is tasked by his father to deliver a letter to Van Gogh’s brother, Theo. Initially reluctant, our main protagonist slowly grows to want to know more about Van Gogh personally as snippets of his life are revealed through those who knew the troubled painter. His travels take him to the place where Van Gogh spent his last years, speaking with those who knew him best. And… that’s pretty much it. 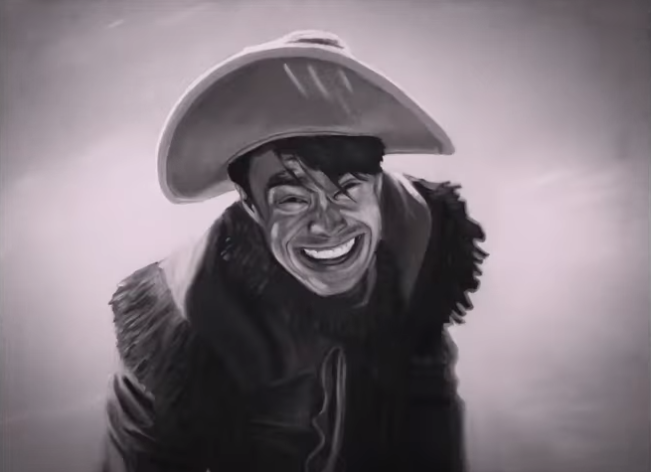 Something worth noting is that this film, outside of credits, is only 85 minutes. While the enormous task by the art department makes this a respectable runtime, in a general sense it’s rather short. Such little time to really allow the details of Van Gogh’s life to simmer, as well as the main protagonist’s personality to bear fruit. One would think based on the “standard biopic” statement that the film revolves around Van Gogh primarily and no one else gets anywhere near as much development or, hell, screentime. This is mostly correct, as the main protagonist is little more than a link between the viewer and the people he speaks with, gradually piecing together the fragments of Van Gogh’s depressing life and unending work ethic. He talks to someone, jumps to a conclusion, investigates, then talks to someone else who either furthers his assumption or throws him back to a mental “Stage 1.” Rinse and repeat. 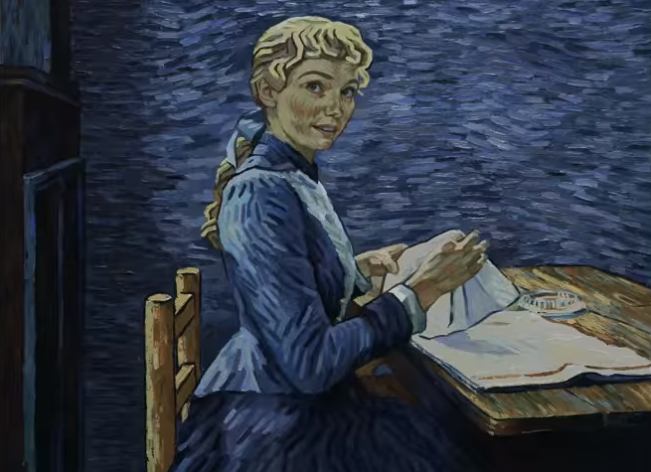 To some extent, the film is very calculated with its characters, using them as pawns for the bigger picture of Van Gogh being treated in the foreground. One can empathize with them on a basic level—for the sins they feel they had committed in regards to furthering Van Gogh’s loneliness and misery—but they aren’t very interesting on their own. The only characters I found myself wanting to know more about was the main protagonist and Adeline, an innkeeper’s daughter who has a witty spirit and marvelous smile. Apart from them, most are spoken of in the word’s of others, and once they get to speak their own, it’s almost always concerning Van Gogh. Adeline and the MP aren’t too different in this regard, but at least they have something of an individual identity. 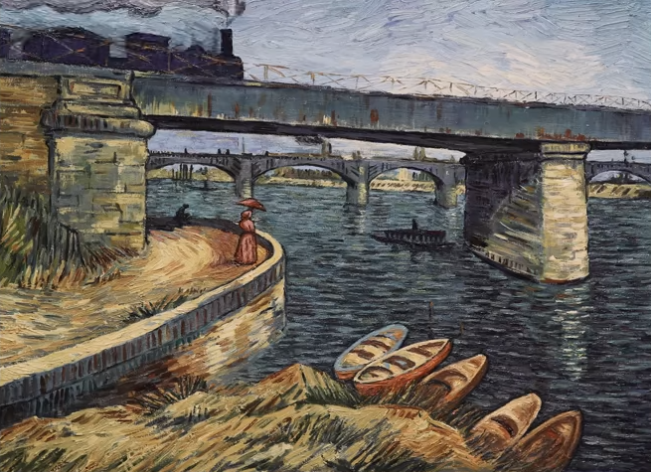 Without investigation, the only name among the cast I recognized was Saoirse Ronan (Lady Bird recommendation initiated), though I recognized Chris O’Dowd’s face after the fact. Despite this, I felt the actors, faces distorted by impressionist textures, did a good job with the dialogue they were provided. Perhaps aided by the art style, faces seemed more miserable with melancholy, more charming with joy. How strange it is that I think I find human expressions more attractive under a guise of paints and colors. Even so, never did I find the tone too dark, too dramatic, or unreasonably wild. It has a calm frustration that boils over only sometimes, whether in the form of physical violence or emotional despair. It feels, if this hasn’t become cliché by this point, like a work of art. 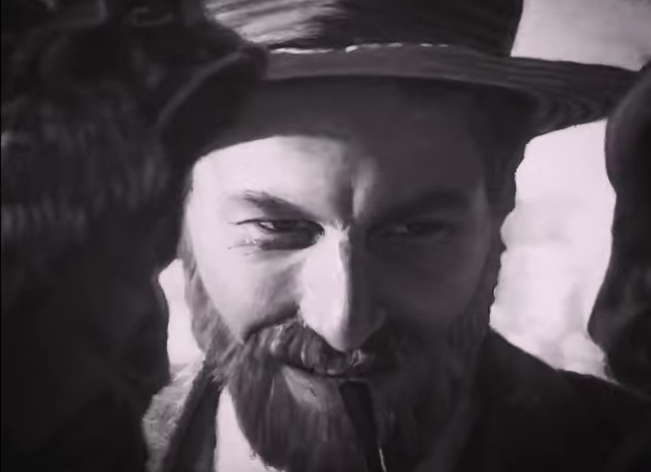 It may not be revolutionary from a narrative standpoint, but the artistic merit of this film cannot be questioned. It’s mind-blowing to think about how arduous the work must have been to produce this film. I would recommend it alone for its art, it’s that fucking great. Almost like Kubo and the Two Strings, Loving Vincent manages to sweep away the relatively unimpressive merits of its narrative structure and character importance through hundreds of painters’ spirits alone. This isn’t to say there is no interest to Van Gogh himself, as the film puts his life in as delicately pitiful light as his life may likely have been. Van Gogh himself, assuming the film is an accurate representation of his character, is superbly interesting. It’s the others who falter, much like the potential of the story at hand. Even so, through the love of Van Gogh and his importance to the art industry, the film gets more than a passing grade from me.