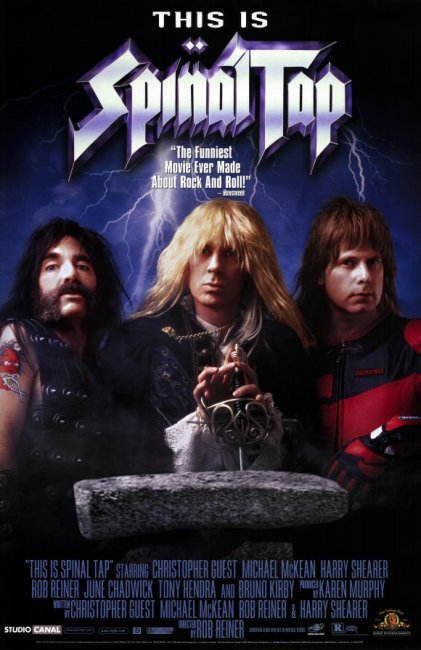 Short on time, short on patience.

This Is Spinal Tap is an interesting film because I’m not even sure it is a film. My first viewing of this, I was convinced this was a real band, with real songs and a real legacy. I was convinced these stupid performances were actual band members playing it up for effect. Little did I know it was I who was the giant idiot.

Certain musical stereotypes are brought up in humorous ways, such as the bassist being in the background all the time and not being all that integral, and that the drummer is always the position that sees the most turnover. The lead singer and lead guitarist always lock horns and a prominent member’s girlfriend gets in the way of the band’s creative mojo. All these things are pretty standard for those with knowledge of rock and roll history and depictions in real life or fiction. They’re produced well here, in a slightly meaningful, slightly mocking portrayal of staying relevant in a constantly evolving world.

It was far better than my first viewing. I can’t even believe I thought this shit was real…