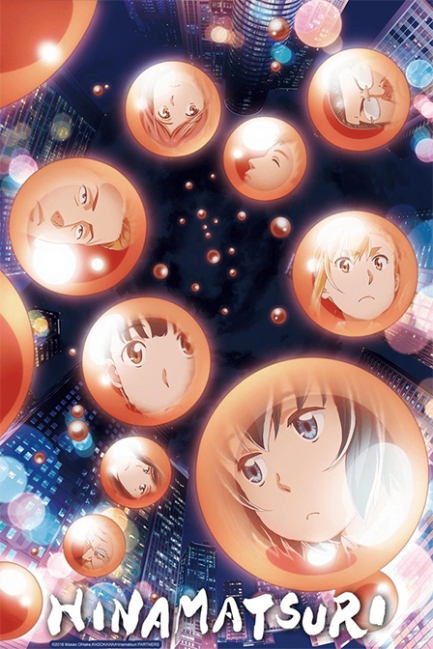 Upon finishing the final episode, I’m left with a conflicting feeling of “…That’s it?” Ironically enough, a line stated by one of the characters in said last episode went something like that: “What was all that build-up for?” I’m unsure as to if the anime was trying to make it feel as though the rug had been pulled from under one to be funny. It’s not really funny, especially when there are points in the series where it feels genuinely serious in its tone. Those points are what make this series worth watching.

Yet, this is where it becomes difficult. I love parts of this anime. I love the parts that actually try to incorporate serious character interaction and development, that which succeeds better than most anime I’ve seen to this point. Despite the wacky situations and backgrounds of these superpowered humans(?), their acclimation to a more normal reality is done so with surprising grace that makes sense both in the context of their ignorance to their new environment and the intellectual capabilities of their age. If the series wanted to make this a more family-oriented series about people and being able to accept one another despite the uncanniness of them or their situations, I might be talking about a potential favorite series. 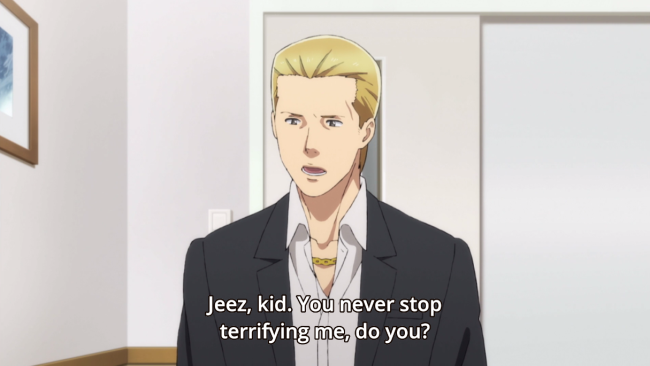 Take for example Anzu, a character in the series who starts off as a narcissistic brat who expects everything handed to her. Coming into our reality, she is faced with the stipulations placed upon our society, and seeing as she has no money or shelter, she’s forced to group up with a community of homeless people. Of course, Hinamatsuri could’ve made the homeless community one of weirdos and drug addicts, making the comedy that of reacting to the dangers that causes. Instead, the homeless community are depicted as a wholesome group of old men who are simply down on their luck and homeless by circumstance, stuck in a cycle of just trying to survive instead of shooting to escape from it. Anzu learns about the values of commitment, community, and being thankful for earning by one’s own merit. She goes from a tsundere archetype who talks shit and loves herself to a genuinely sweet and helpful girl. This is absolutely amazing! The pacing is wonderful, the moments have weight, the dialogues have impact and consequences—her entire arc is by far the best part of the anime. I demand a spin-off of this anime just starring Anzu going through life! 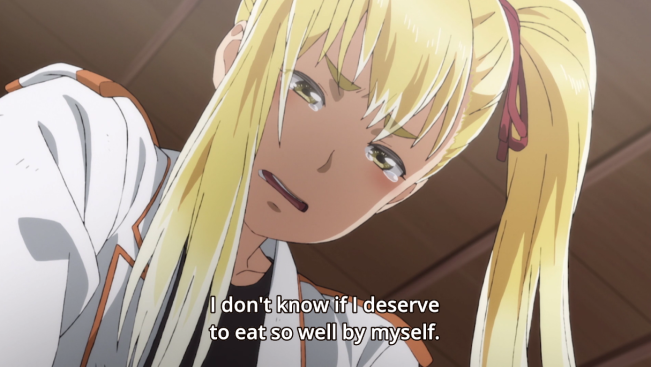 In contrast, the relationship between the two main characters, Nitta and Hina, is a little more topsy-turvy. I like how they play off one another when people misunderstand their relationship, and they have moments of heart where they both genuinely feel at home with one another. At the same time, based on the genre being a comedy, there are times when the relationship is taken for granted to emphasize the characters’ negative traits, specifically Nitta’s desire to return to a carefree and hedonistic lifestyle. For me, it breaks the flow of the development these two could have if it wanted to focus more on the relationship, which it does try to some extent. Essentially, it upends itself by trying to make humor out of it. I want to be touched by sweet moments, but then the series blows raspberries in my face and ruins it.

Perhaps this would be more excusable if the comedy of the anime were actually funny, or at least amusing. I’ve seen some musings from the anime community about how this show is actually funny and/or the funniest anime they’ve seen in a long while. How much of the community this opinion makes up is unclear, though this has a pretty good average rating on MAL, so I’ll assume it’s a decent amount. The anime community (and even those outside it) also thought Nichijou was hilarious. Me? Ehh… Whether Nichijou or Hinamatsuri, neither was really all that funny to me—in fact, both left me disappointed due to how much priority it took within the series. I giggled a few times with Hinamatsuri, though for the most part I would’ve done without. “Funny” reaction faces only do so much for me. Doesn’t help when most of those faces are the same shocked and/or cringing faces that many other series incorporate. 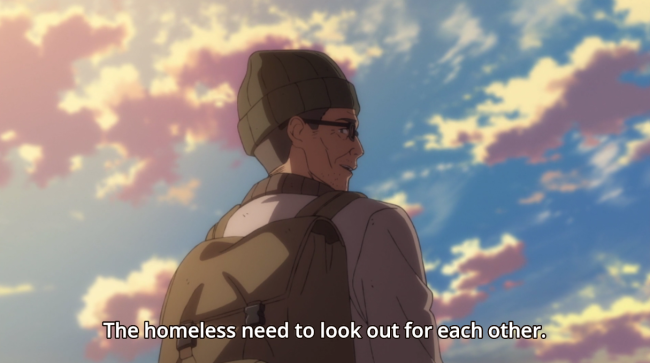 One thing I will talk about that I don’t always talk about is the overall design and quality of animation, which is notably better here than in other cases. Better doesn’t always mean “Good,” but here I think it deserves enough praise to put it up with series that actually, y’know, try to animate series. While chippy in some bits, characters here actually move, which is a nice touch (Only in anime does basic movement count as a compliment). Action scenes, as few as there are, are genuinely over the top and super, complementing the superpowered spectacles that occur from the otherworldly characters that crop of every so often. While I think the character designs are a little diluted in color, especially around the outlines of the eyes, there was good enough distinction to give this series a unique look.

To cut it into pieces, you have the more serious aspects of familial sublime and character development that I adore, the comedy that detracts from the parts I adore—and isn’t that funny, and a praiseworthy focus on animation. What makes these pieces harder to distinguish in terms of impact is the second half of the final episode, which made me feel absolutely nothing and gave me no closure whatsoever. So… can I recommend this? Do I recommend it despite only liking parts of the show, parts that are constantly being attacked by another part that is, by genre standards, the more “important” aspect of the series’ success? I guess one can decide based on what’s put here. Decide upon the risks and rewards of indulging in a series that gives you such sweet candy only to feed you cacti right afterwards.