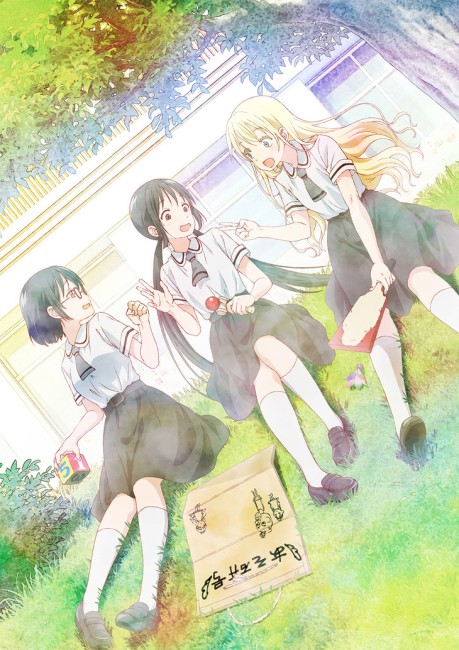 Halfway through the 2018 Summer season of anime, I’ve finally found a couple titles to watch weekly. The one focused on today was one I never really intended to watch, but a buddy of mine felt it worthy enough to recommend trying it. It ended up being a decent choice.

Part of what initially turned me off from this series was a negative review on MAL from someone I assume to be an elitist. While most would say “Why would an elitist’s opinion convince you of anything?”, the sad truth is that I tend to agree more with elitists than anyone else, as what we look for in series generally are somewhat aligned. I just try not to be an asshole about it. In this review, they complained that the only brand of humor this show had to offer was (putting it in my own words) “LOL XD” random faces. With three episodes in my brain, I can confirm that this is half-true; “LOL XD” faces are definitely a prevalent part of it, but there’s a little more to it that makes it bearable. 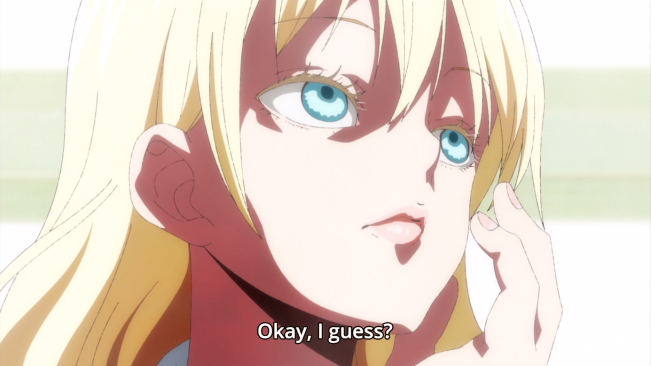 To anyone wanting to try out this series, prepare for some wacky faces. You may also be wary of amoral situations and intentions that cater to these self-serving characters. Indeed, for me personally, what’s just as much as a schtick for this series as its many odd faces is how mean-spirited this show can be, which is definitely a breath of fresh air with how squeaky clean morally anime tends to be. Characters constantly threaten each other, hurt one another, go behind each other’s backs, and chastise one another for being weird, stupid, or callous (ironically). But not always. It’s all dependent on the situation.

What makes this attitude even more refreshing is when the girls actually decide to be nice to one another. Occasionally transparent with its selfish manner, the times when these three girls are actually on the same side and are rooting for each other—even in the most bizarre scenarios—it tends to make me want to cheer for them… or against them. This may have been one of the first anime that made me root against the main trio for being negligent, but charmed me at the same time with how aware they are of how cruel they are (sometimes). It’s a very wishy-washy series with its intentions, whether good or bad, and I think it makes it more interesting. 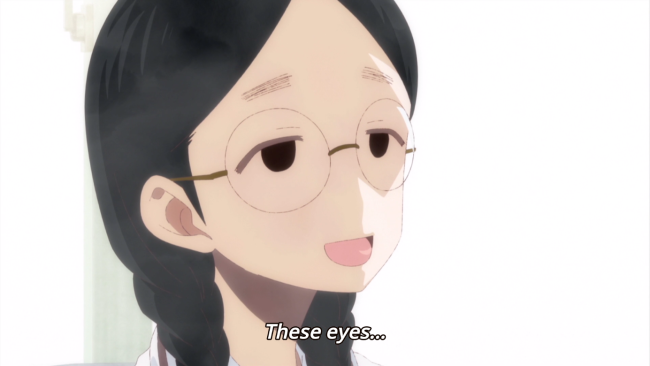 But yes, it does have a lot of meme-y reaction faces. A lot of them. A lot of them. Too many of them. There is no “normal” look for these girls; every other action has them looking anywhere from squishy moe to darkly cynical. I definitely think it’s more than what’s needed, as it feels it’s trying way too hard to make every waking moment an LOL moment. Because people love wacky reaction faces. It’s akin to blowing an airhorn every time someone says the word “The,” something that happens so frequently that the running gag becomes old quickly, especially when the viewer is deaf by the halfway point of the first episode. Should they tone it down and rely more on the irony of the weird situations and use the wacky faces as a back-up measure, I think it’d be funnier generally. But what do I know? I don’t laugh at anime.

Seriously though, I think this anime is more humorous than most.

As of now, it’s not something I’d immediately recommend, but it definitely has potential to be both a fulfilling comedy and emotionally-impactful watch. There’s a lot more potential for the former, but the latter has some surprising bravado from what I’ve seen. Perhaps I’m imagining it, but the main trio of girls have more chemistry than most “friends” I’ve seen in other series, and the third episode had them in a surprisingly close light. I won’t know until further on, but I’m looking forward to seeing what’s to come. Have this one on your radar, especially those who enjoy abstract comedies.