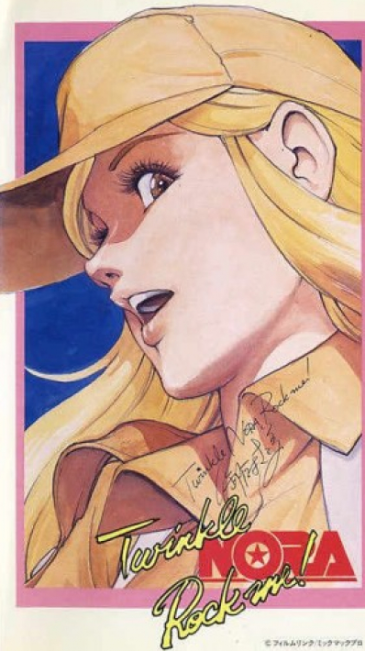 A friend of mine, who shall remain nameless, met with me in our secret chat chamber and said to me, “Kopo, ya gotta check this out.” They slid the cover for this OVA through the metaphorical table that divided us; its wretched, beautiful eye ravishing me in all sorts of pre-logical emotions. “What is this?” I ask, never having heard of such a thing before. “I’m not sure,” my friend explains, “I happened upon it while browsing around. Reviews for it make it seem like trash. I know you like trash.” They smile at me, expecting me to return to my glory days of indulging in abominations to assert my sense of superiority. “It’s tempting,” I respond while digging deeper into the series. After a time, I felt it was something to add to my prestigious collection of viewed anime. “I’ll watch it whenever.”

I watched it twenty minutes after they gave me the idea.

Twinkle Nora Rock Me! is an OVA episode based on a manga called Nora no Hakobune, published in the late ’70s. It accompanied another OVA simply called Nora that further elaborated on the story’s roots or something (I don’t actually know any details). Continuing from the parentheses, there’s something that must be noted before anyone takes my opinion of this OVA completely seriously: I did not watch it translated to English. I could not find any video of this translated to English. Instead, I found it on a Russian(?) streaming site, where the original video was dubbed over (horribly) by Russian(?) speakers. Thus, I have no idea what was actually going on between the characters or what any significance the plots unfolding had to its entirety. All I can state confidently is that if the work’s visual storytelling is any indication, it’s super cheesy and simple. If this deters you from taking my criticisms to heart, I wouldn’t blame you. 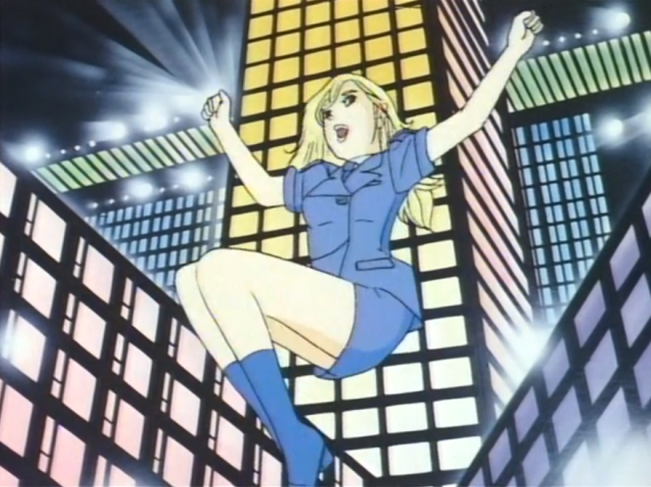 To begin with the positives, this OVA made me laugh more than most anime have in twelve episodes or more. Twinkle Nora Rock Me! is not a comedy. The sheer amount of laziness, or a supreme lack of budget, is apparent with the opening minutes of the OVA, which features an ominous-looking thing staring at the viewer before mist overtakes them, then has the titular character dancing around in horridly-choppy animation. There are two major scenes within this piece (one near the beginning and one near the end) that literally have the characters moving at around one frame per second. It is the most strikingly bad batch of animation I have seen since Lamune. Despite this, the sound effects that accompany the frames continues as though everything is moving smoothly, adding to how amazing this piece of art truly is.

I’ll reiterate that I have no idea what’s going on with this OVA’s plot. Nothing spoken made any sense to me other than the shouting of characters’ names (which there was a lot of). From what I can summarize based on what I thought was happening, it amounts to something like this: Something I genuinely don’t consider complete garbage about this work is the music, which feels appropriately ’80s. I was actually fondly reminiscent watching this, thinking back to those old ’80s cartoons I would occasionally watch should they be on. I was also somewhat reminded of the Transformers animated movie from the mid-80s. There’s just something about Twinkle Nora Rock Me! that brings me back to that timespan, whether it be the character design, the cheesiness of the good vs. evil plotline, or the groovy, synth-heavy soundtrack. I didn’t hate it, but it also didn’t make me wanna rock out to Nora and the little dude spinning around in a cave on a foreign planet.

So, as all gentlemen do, I thanked my comrade for allowing me to discover this sophisticated piece of animated filth. It’s something I would absolutely recommend to everybody the way I would recommend things such as Mars of Destruction, Skelter Heaven, or Angel’s Feather: a great time with friends mocking something clearly inept. It’s not for everyone, granted, but it’s the only thing I could see as worth for this work’s existence. Give it a shot, maybe even in Russian(?) if you’re up for it!