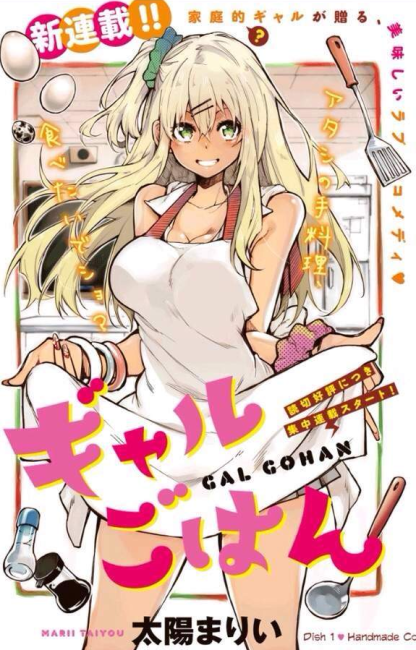 First, a humorous story about the selection of this manga for this post:

Looking for things to write on, I decided to go through my manga list, as I don’t remember writing about many manga topics when doing these (it’s usually anime). I spotted Gal Gohan and thought, “It’s perfect! I dropped it recently and it’s in line with things I’ve spoken about on the blog!” I then looked at my starting date—November of 2017. “W-Wow, has it really been that long? When did I drop it?” Last updated: December of 2017. It’s been over a year since I’ve dropped this, and here I was thinking I did it “recently.” Time really flies.

When listing pieces of fiction that I dropped due to a dense lead in my last anime-related opinion piece, I completely forgot about this manga. Gal Gohan is absolutely one more example where an incredibly-dense male lead completely ruins the story, dragging the pace down and offering an excuse to cram in as many sexually-charged instances between members of the opposite sex as possible. The catch here is that the implied romance is between a teacher and a student, which, as many are aware, is problematic. 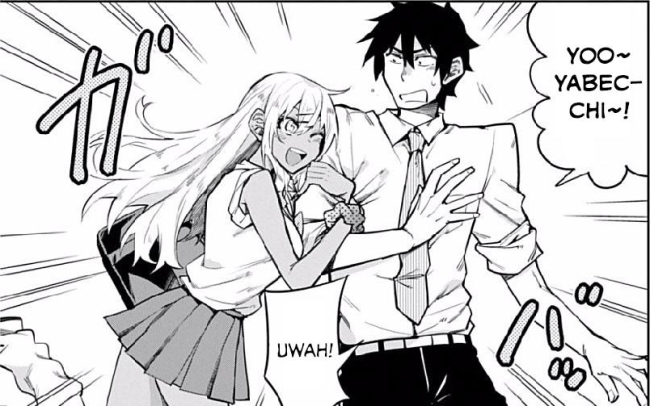 Here is the template for a majority of Gal Gohan‘s chapters:

I have read nineteen chapters of this manga, and nineteen of them have featured at least two of these points in every chapter. Even with the introduction of a second female student (who, of course, falls for Teacher), the situations don’t change all that drastically, save some added competition between the women (because of course). The characters’ personalities aren’t all that unique and the hardships they face are almost glossed over for the sake of continued doki-doki moments. By the way, Gal is very physical with Teacher on a normal basis.

From the mind of one who favors originality and a soul in stories rather than trend-following opportunists, Gal Gohan is kind of disgusting in this vein. There are many clichés present that, initially, I ignored, but quickly grew tired of as the story continued along at its slow pace. The story features a gal girl, which has become popular in recent years with things like Oshiete! Galko-chan and Hajimete no Gal publishing. Most of the story takes place in a high school, because what story doesn’t anymore? There’s the inclusion of a dense male lead who has no personality other than that he is super pure and nice, which I’ve spoken upon many, many times over the years. And Gal Gohan features not only a club, which is a popular trend in and of itself, but a cooking club, with food becoming a popular trend in eastern fiction, as well (Koufuku Graffiti, Shokugeki no Soma, Amaama to Inazuma). Gal Gohan is basically a smorgasbord of different trends rolled up into a giant, colorful ball of sexually-charged mush. 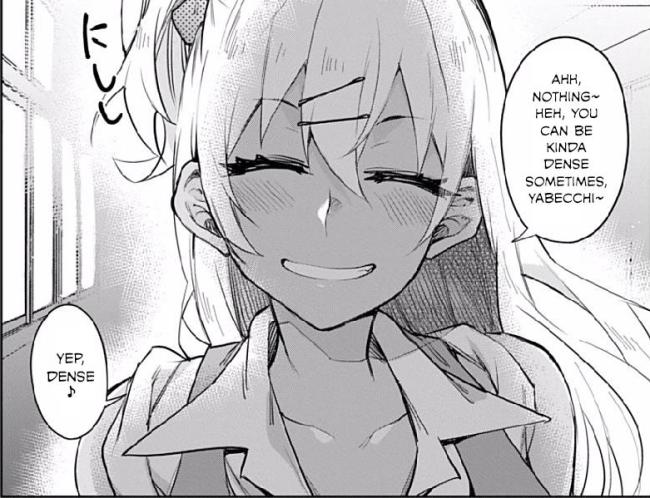 If there is one saving grace to Gal Gohan, it is in the art. Artistically, this is a really nice-looking series. The designs are simple, but appealing, with a lot of emphasis on, well, certain body parts that pepper the series with added flair. In fact, the art constantly lures me back into reading the series again, but my brain has (for now) managed to remember why I dropped it in the first place. Cute characters and all, it’s not worth reading the same thing over and over again done in different fashions just so the ending will have nothing of importance occur.

If the blatant plague of clichés and slow pace of story wouldn’t bother one, Gal Gohan is perfectly suitable as a timekiller, with enough sweetness to hold the casual reader over. Despite all my grievances, I do like that Gal is so physically intimate with Teacher, which is a nice change of pace from the hands-off approach many other characters employ. Playful or not, it’s an indication of affection that isn’t shown that often. There is way too much about this manga that bothers me to pick it back up, but I wouldn’t shy away from recommending it to others if it suits their fancy to read about innocent blossoming love. Just be sure to note that if you’re in it, you’re in it for the looooooooooong haul.

3 thoughts on “Entries from the Dead: Gal Gohan”