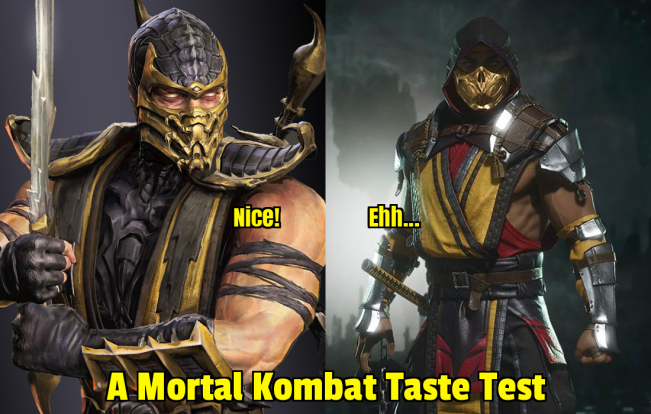 One of my earliest childhood memories, on the matter of video games, was asking my father how to “shoot ice with the blue ninja.” If the idea of a five-year-old playing a Mortal Kombat game seems morbid, take heart that the blood was permanently off and I had no knowledge of how to do fatalities. The full ramifications of the game’s selling point wouldn’t hit me until many years later. To me, it was just another fighting game with cool-looking, colorful ninja.

While not quite as cemented as many Nintendo franchises that have taken up large portions of my childhood, the Mortal Kombat franchise is actually one I’ve dabbled in at many points in my life. Starting with the original two games in my early childhood, I’ve also played Deadly Alliance, Armageddon, and Mortal Kombat 9—the latter two having played extensively. When not playing the games, I would also contribute a great deal to the Mortal Kombat Wiki between 2010 and 2012 (2011 was a busy year for that wiki and I). If not for Soul Calibur, it would easily take the spot as my favorite fighting game franchise.

Unfortunately, much like Pokémon, there’s been a recent path the franchise has taken that has given me some pause. What began as a goofy, ultra-violent niche has become dark, gritty, and as conscious of expanding their brand as possible, all while making sure people are aware that they know that outright violence is always key. I can’t get into it anymore, and it’s a damn shame.

The beginning of the end came with Mortal Kombat X. With the decision to do what many major fighting games were doing at the time (large narrative time skips, revamped cast of characters with similar movesets), it became clear that the Mortal Kombat franchise was doing what it could to stay relevant. Even Mortal Kombat 9, which I think is a great game, is guilty of the reboot phenomenon that’s occurring in the world right now, where reboots are both a safe and creative way to steer the course of any given fictional universe. Ever since then, it feels to me that Netherrealm Studios has done everything it can to ensure that it doesn’t get stuck in the creative rut they were in prior to Mortal Kombat 9. 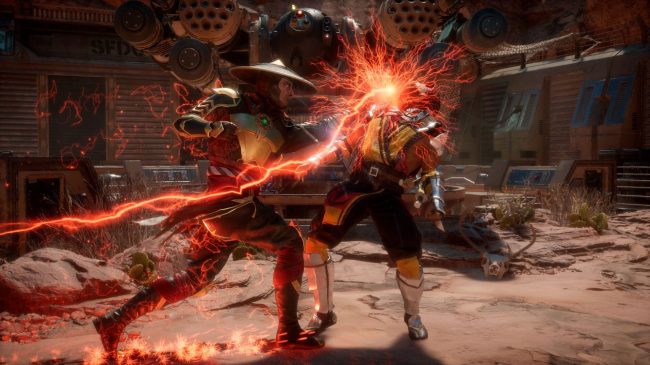 So, I pose this question: What makes Mortal Kombat stand out now? Well, it’s ultra-violent. One won’t find things such as fatalities in Street Fighter or Tekken. But in the age of the FPS orgy, along with a collection of other scenarios containing a myriad of deadly weaponry, is this really viable anymore? I remember looking through a list of fatalities for Mortal Kombat X and thinking to myself, “These are… not that cool.” It felt less about showcasing the extent of a character’s abilities and more to test the will of the player’s stomach. Netherrealm Studios seems to think that all it has left is to make itself the edgiest and most irrefutably violent video game series on the planet. I don’t agree with this.

Mortal Kombat 11 looks to continue the trend of the dark and gritty, serious situation of eternal life or death that its predecessor began, and, while I grieve for what the series once was and what it meant to me, it’s perhaps an indication of my own evolving taste that it bores me. I miss the days of Ultimate Mortal Kombat 3 where things like “Babalities” and “Animalities” were a thing, where the producers essentially fucked around with one’s expectations of the game. Such a charming display of passion to see when creators simply throw things in for the sake of being unpredictable, like the unused joke character bios in Mortal Kombat 4, where everything was stupid and silly. Even later games in the franchise, those past Mortal Kombat 4, seemed almost satirical in their presentation in some fashion.

And to think, this all started with Mortal Kombat X‘s art direction, which was a lot darker than the previous incarnation. Gone were the flashy colors of the ninja’s garbs, instead vying for a more realistic approach to what ninja would probably wear in modern times. It felt like a graduation. I was intrigued, absolutely, but deep down I was disappointed. Mortal Kombat 9 is my favorite iteration of the Mortal Kombat universe aesthetically, and I would argue it still looks phenomenal today. I would also argue it looks way better than anything in Mortal Kombat X or what’s been shown in Mortal Kombat 11. This, of course, is a matter of personal taste.

While the future of Mortal Kombat seems to be in capable hands, it’s a franchise like an ex-lover for me. We had a good run, but eventually we saw things differently, and now we’re both off doing different things. When I look at it now, I only think of the past—one filled with the excitement of games’ past and the charm of the “Toasty!” slogan in the most ironically serious way. I loved it when it was young, fresh, and ready to take on the world. In some way, it grew up into a franchise that takes itself seriously, and many take it seriously for it. To others, it may never return to the colorful, goofy franchise full of running jokes and satirical hijinks, complete with at least seventeen clones of Scorpion and vapidly-unfair boss fights against overpowered villains that mock you for being a loser. Those were truly the best days…

What do you think of Mortal Kombat’s current direction?