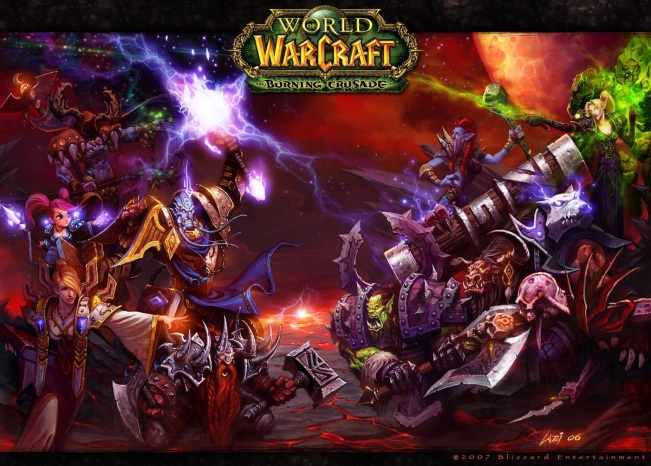 This will be a massive undertaking. This huge MMORPG, a game in which I have spent literal years of my life playing, has quite a bit of content to it. To have this be the next topic of my Traveling Thoughts series means I’m in it for the long haul. My Breath of the Wild series took over a year to write. This will likely take longer.

To begin this series of posts, I simply wanted to introduce the audience to the world… of Warcraft as I know it. For those already informed, know that this won’t be a history lesson of Warcraft lore; I have never played any game in the Warcraft library prior to this, so my introduction was a lot more simple. These posts will be a lot more personal, with the overall story taking a backseat to my experience going through quest chains, dungeons, and learning about the individual races based on their environment, alliances, and people.

Here is a very simplified version of the story that anyone going into this game would need to know: Two groups of races, the Alliance and the Horde, are battling each other for territory, power, pride, and whatever else fuels conflict and war. Some races have their own reasons for joining whatever group, while others have long-standing alliances with others on one side. New to The Burning Crusade are two races: Draenei (Alliance) and Blood Elves (Horde), as well as a villain named Illidan Stormrage that threatens all races, bringing about chaos from the new plain of existence called the Outland through use of the Dark Portal.

My first experience with World of Warcraft came in 2006, about two years after the initial release of the game. I had just turned 13-years-old. An online friend had asked me to play the game with him on a free trial basis; it gave me ten days and a level cap of 10(?). In that short span, I made multiple characters of multiple classes and was immediately entranced by the enormous world unlike anything I had ever seen before. I wanted to explore everything. I wanted to know everything. My fascination became so worthwhile that I got every single one of my siblings (old enough to care—three in all) to play the game, too. Two of them still play the retail version of the game to this day.

Of course, there was an immediate issue: cost. World of Warcraft (at the time) cost about thirteen (my memory is fuzzy) dollars a month to play—which comes out to $156 a year. (Three-month paid subscription cards were also available for $30.) My mother was, initially, very hesitant to foot this bill. Eventually, after weeks of begging from a majority of her children, she broke down. We got what we wanted, and it was common for us to spend an obscene number of hours on the game per day.

I had barely gotten my feet wet with the game when Blizzard Entertainment announced the game’s first expansion, The Burning Crusade, was to be released early the following year. Needless to say, I was a little excited about being able to play as two new races (I was particularly drawn to the Draenei).

Most of my memories with playing World of Warcraft came with the expansion following this one, Wrath of the Lich King—however, The Burning Crusade served as the true beginning of my experiences within the world of Azeroth. It was with this expansion that I got to many firsts within the game, and got far enough with certain races that I began to note the differences between what I had been playing before and what new had arrived with the expansion.

Which brings us to now, and a certain damning factoid to the future of this series of posts. As a fan of this game, it’s embarrassing to admit that, whether ten years ago or now, I have never leveled a character past 47 (level cap is 70). This insinuates that there is a good-sized portion of the game restricted to characters above that level that I have never experienced in my life. My hope is that with my current interest in the game at a high point, I can will myself (partially with the motivation to continue these posts) to achieve the goal of reaching the level cap for the first time, and hopefully a second and third time to experience as much as I can on both factions. I’ll certainly have time, as I don’t plan to be general with anything. 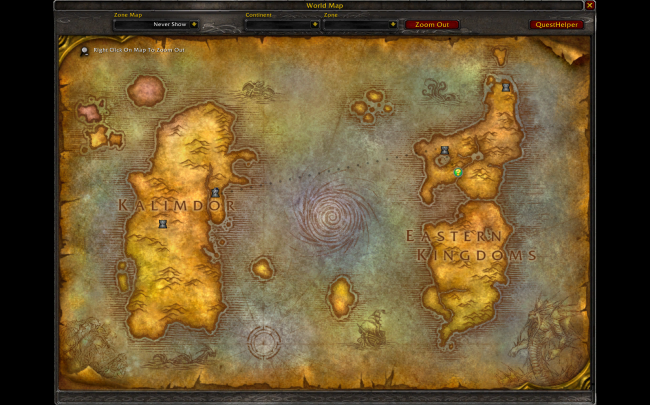 For a good portion of these Traveling Thoughts, I will be relying on present time, with the aid of the Excalibur Private Server, built to maintain the Burning Crusade aesthetic. While there are some notable differences here and there, I believe 98% of the game is the exact same from the game back then, so I will be gauging more of the objective qualifications of critique based on what I’ve done recently. I currently have a level 21 and 18, races from opposing factions. It may take some time to get to where I need to be for later post topics, but I’m confident in my current state.

I think that about wraps things up. With this context in mind, the posts to follow will be on the starting areas for each race, done in the order in which I remember doing them playing World of Warcraft for the first time. That means up first will be Mulgore, the home of the peaceful Tauren (and my personal favorite race).

For more posts to come on this topic, feel free to check out the accompanying archive!

One thought on “Traveling Thoughts on World of Warcraft: The Burning Crusade (Introduction)”