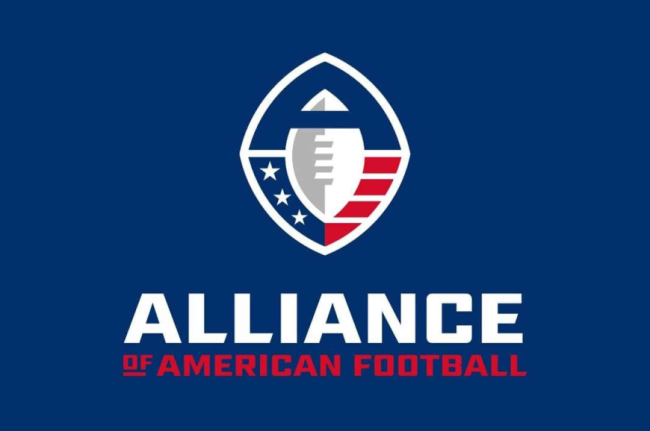 It was an intriguing weekend for many upon the dawn of a new football league. How would it operate? How would the new rules be implemented? Would the talent translate to quality games? After nearly a year of anticipation, the AAF has officially put the first weekend of action to rest. How did they fare?

Of the four games that were played, I saw three of them live via CBS and CBSSN. While I’m unsure how often games will appear on TV from this point, I can expect at least one game per weekend through CBSSN or the NFL Network. The exposure is definitely appreciative as an intrigued football fanatic, so that I may analyze and digest all that goes on during a football game that statistics can’t show alone. From what I saw, there were some general things that seemed to carry over with each team, as well as some mix of good and bad qualities to the game and how it was presented. I’ll carry forward with this post in a game-by-game format, commenting upon what I recall from my experience watching these teams play for the first time.

This game and the match between the Atlanta Legends and Orlando Apollos aired at the same time, so I can’t technically say this was the first game in AAF history. It was one of the two first games in the league’s very short history, and I was there to see the latter half. Work prevented me from seeing it beginning to end, but when I got to it by halftime, the score was only 6-6. By its end, it would be 6-15 in favor of San Antonio.

So within the last two quarters of the game, the Fleet came up with zero points while the Commanders came up with 9—via touchdown (failed 2-pt conversion) and field goal. What I saw from these offenses was shoddy quarterback play, which was an ongoing issue I had with the AAF’s first weekend of play. The Fleet’s starting quarterback threw two interceptions, got pulled, then his replacement also threw two interceptions. Many of their passes were a little off-the-mark and their offensive line was putrid. The Commanders fared little better, as while their pass-blocking was better, the quarterback wasn’t particularly impressive, completing only 50% of his passes and tossing two additional interceptions, making this a six-pick (not to be confused with pick-six) game.

To give the Fleet credit, they moved the ball down the field fairly well, they just couldn’t stop shooting themselves in the foot come crunchtime. Both defenses played well enough, but I can’t help but wonder if the defense played well or if the offense was just atrocious. The Commanders managed to finish when they had to, which is what won them the game. After that, they only needed to hold the opposing offense in check. Not an overly entertaining game, but there were a few noteworthy plays, including the hit the Fleet quarterback took during the earlier portion of the game.

If anyone saw this game without the moniker of “Hackenberg vs. Richardson,” I applaud your blindness.

If it wasn’t apparent enough, the starting quarterback for the Memphis Express is former second-round pick Christian Hackenberg, who never appeared in an NFL game and was infamous for being atrocious. On the opposite side, the starting running back for the Birmingham Iron is Trent Richardson, a former third-overall pick who had a good rookie year, then was traded to the Indianapolis Colts (for a first-round pick!), where he became a massive deadweight to the team. A pessimist would see this as a game of failures trying to reclaim former glory. As a former pessimist trying to find more optimism, I see this more as “Advertise the names, ’cause it’ll help the league grow.”

For the game itself, it was the first AAF game I saw in full, and the quality was on par with the game before this, only a little bit more lopsided. Again, I’m not sure if the Iron’s defense is good or if the Express’s offense is garbage, as Hackenberg turned no heads with his play. Of all the quarterbacks I watched play, he had the most errant passes; he didn’t help this by making poor decisions when it counted. He finished the game 10 of 23; didn’t even crack 100 passing yards. On the other side, Luis Perez looks to be among the better quarterbacks in the league. While I saw some bad throws/decisions from him, too, he looked a lot more poised throwing the football, and was generally accurate even down the field. His stats don’t say much, but he played miles better than Hackenberg did, and his receivers dropped easy passes, too.

This game also featured a controversial replay review that I’m shocked isn’t getting more of a pushback. A receiver for the Iron clearly drops a pass onto the ground before scooping it back up that was called a catch and a first down, and the replay official sits there and stares at the replay for an hour and says, “There’s not enough evidence. Call stands.” Excuse me? There was even vocal conversation between the replay official and the head referee(?) where the latter comments that “everyone” thinks its an incomplete pass, and that they already moved the line of scrimmage backwards. After the call, the broadcast booth spends the next five minutes “respectfully disagreeing” (calling bullshit) with the call on the field. That was a huge first down that gave the Iron a first down in the Express’s red zone. The replay official miffed it, and it miffed me that he could be so inept. I should be the replay official, damn it!

The first game in the Express’s history was a shutout loss. It was entertaining in the sad way that shutout losses are, but it still didn’t convince me that the league was worth following. It seemed like every game would be a blowout without any parity. I went into the final game with lukewarm expectations.

This was a great game. This game made me want to watch the AAF. Thrilled with how it turned out.

Aside from the Arizona Hotshots’ uniforms being the worst thing I have ever seen in my life, everything about the team seems like they’re the team to beat, except for perhaps the Orlando Apollos. Despite this, the Salt Lake Stallions, even when their starting quarterback went down before halftime, never seemed completely out of it. They put up a good fight, and before the Hotshots dominated offensively in the second half, it was a 16-19 game. It could’ve gone either way.

John Wolford looks like the real deal. Four touchdown throws is by far the most of any quarterback throughout the weekend. Their rushing attack seems like the real deal, which is saying something considering the Stallions have two former NFL players (with starting experience) at running back. This game was, for a little while, an offensive lightning show, full of big plays and great catches and players going above and beyond. It was awesome.

With that said, I’m gonna spend a brief amount of time on two things: rule changes and the broadcast production. In the AAF, there are no kickoffs; teams simply start play at the 25-yard line. Did I miss the kickoff? Not really. Do I think it’s boring to just start at the 25-yard line? Yes. I think they should have one team’s punter punt the ball from their own 30-yard line (or somewhere in there), and wherever the ball lands first, that’s where the opposing offense starts. Give the punter a little more prominence in the game. The extra point attempt is also gone, forcing teams to always go for a 2-pt conversion after every touchdown. I had no issues with it. Playclock starts with 35 instead of 40 seconds (I think?). Made the game a little faster (and made it easier for delays of game). Finally, teams can’t blitz more than five players, and whoever is around the line of scrimmage prior to the snap is considered a blitzer. A few teams got called for that this weekend, and the penalty is 15 yards, which is huge. They must want to make it clear.

And then, the production values… yeah. Generally fine, but the network I watched constantly had audio issues, with one referee coming in clearly about 20% of the time. The technical difficulties were abundant, and I find the long, looming shots around players or coaches making calls to be awkward. There were a few times when players were just kind of sitting there, waiting for a cue, while the camera simply stood there with only the noise of the audience to go by. It was really cringey. Transparency is cool and all, but let’s not make it reality television.

When all was said and done, I think I became a fan. There’s a lot of potential in this league, and the professionalism on display was encouraging. I like the design of the teams’ names and logos and… uh, not really the uniforms (I only really like Birmingham’s), but most are at least fine. The AAF has the look, and if the last game I watched was any indication, games can rival the excitement that the NFL can provide. It’s off to a decent start and I look forward to seeing more variety from teams. I’m hoping there won’t be as many blowouts in Week Two.