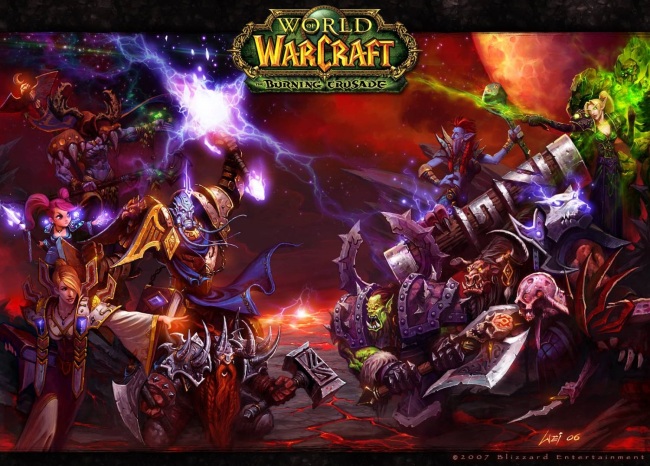 I was always charmed by the fact that one wakes up in a tomb with the undead race. It just feels very appropriate.

I first played as the undead pretty late into my time with World of Warcraft (relatively late within the first month, anyway). I remember quite fondly the first undead I ever made: a priest by the name of Skullzar (hold back the compliments towards my naming abilities, please). This would be slightly ironic as I felt the undead were anything but priest-like, and the fact that I would eventually come to not be fond of priests (more on that in the future). I didn’t get very far with him level-wise, nor with any undead that came in the immediate future. It was an undead, however, that I got to the highest level I had ever recorded in my time with World of Warcraft—a warrior named Bradstreet (named after Anne Bradstreet).

But we’re not here to talk about the triumphs of the undead, only the area in which they rise from the dead for the first time. Tirisfal Glades is a lovely location full of dead trees, perpetual darkness, hostile zombies, and red-clad humans. It is an area that would not seem welcoming even to those within the same Horde faction, which becomes more enlightening within the accompanying lore. It is absolutely perfect for the preview area of a bunch of rotting undead.

Within the initial starting area, the undead gathers in a small town right outside a crypt that one immediately wakes up in. There, they are tasked with doing a small variety of things (typically killing; also burying remains and picking up supply boxes) before they head off behind the tall, wooden gates that separate them from the rest of Tirisfal Glades. Among the initial starting areas available, I think this is actually the hardest to do in a 100% fashion, if only for one quest where one has to face a group of three enemies (whom aggro) which feature a melee attacker, a caster (which deal oodles of damage), and a higher-level, quest-important figure. I said many times before that it is difficult to die in many starting areas—this is one exception, as I’ve died many times during this one quest alone and almost died on my latest attempt of it while collecting screenshots for this post.

As for the rest of the quests, they’re pretty standard, so allow me to immediately move on to the quests that surround, and prelude, Brill, the second major town one visits in Tirisfal Glades. This is where the magic happens, as I feel it is one of the only second spots in the entirety of the game that features a variety of interesting quests and don’t often have the player go to tremendous lengths to accomplish a task. I absolutely adore the things one can do in (and around) Brill, as I normally do every possible quest I can before moving on to the next area.

Some highlight quests including picking gloom weed for a walking abomination to take to his master, only to find out that it isn’t gloom weed that he needs, but doom weed. Gathering ten pumpkins from a human-infested pumpkin patch to take to an apothecary so that he can concoct a poison to feed to an imprisoned human in the basement of Brill’s inn is also noteworthy. Always fun to see a human transform into a rotting pile of flesh and ash as he’s scripted to say, “My… flesh… my… mind… is… rotting…” Otherwise, many of the quests one is tasked with include killing things and collecting things they leave behind… in fact, basically all of them do. But some of these quests are personal, including the quests involved with visiting the Agamand family’s farm to the northwest of Brill. There’s not too much to invest in here, but the apathetic nature of the undead race is occasionally broken upon the news of mementos from individual’s pasts. It’s something, at least.

To speak upon the aesthetic nature of Tirisfal Glades, one should think of the most famous Gothic work they’re familiar with. Things written by Edgar Allen Poe would suffice, as it basically seems like the kind of atmosphere he would concoct on a typical Sunday afternoon. Dark, gloomy, unnerving, and relatively colonial in its housing structures. In many ways, the structures that undead find refuge in parallel those that humans take refuge in, perhaps as an indication of their past lives. Somewhat like Teldrassil, no matter the time of day, the atmosphere doesn’t really change. It’s always dark, almost as though the sun has been blocked by a thick layer of decay that permeates the area, bereft of natural life. It’s, as the kids these days say, “pretty dope.”

As I will get into in a future post detailing the inner workings and my experiences of each race, the undead are little more than animated puppets, completely under the will of their leader, Sylvanas Windrunner, without the liberation of individual thought. Despite this, the undead have resided in a special place in my heart, and I would consider them my second-favorite race behind the tauren, ironic seeing as they are everything the tauren aren’t. I believe that the fun times I have in Tirisfal Glades on nearly every occasion only aided in my appreciation for the race, such that some struggle with being unable to restrict themselves to the puppet-like state they’ve come to reawaken to. That, and next to nothing about Tirisfal Glades or what one is asked to do within the area seems all that annoying in hindsight (except for one quest involving murlocs…). 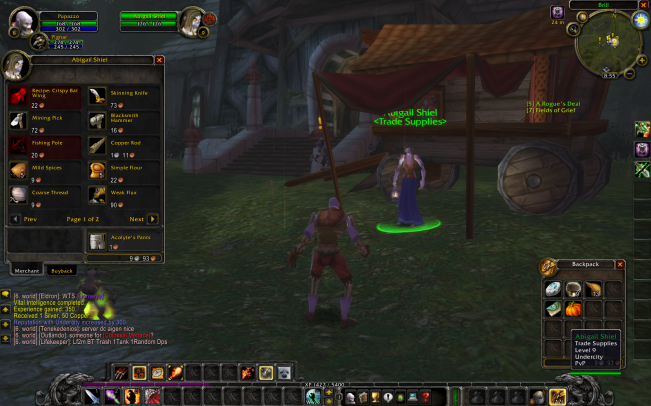 For these reasons, Tirisfal Glades might be my favorite starting area. The minimal, but effective use of world-building and the importance attached to quests for the sake of the race make it feel like an actual chain of events that you help to alleviate. I always seem to have fun questing in Tirisfal Glades, and with that fun comes memorability and fondness for the area and the race. Next time, I will cover an area that, like Durotar, is shared by two races, both of which had their share of ups and downs within my personal favorite hierarchy. Until then, Dark Lady watch over you.

For more posts on this topic, feel free to check out the accompanying archive!

One thought on “Traveling Thoughts on World of Warcraft: The Burning Crusade (Tirisfal Glades)”