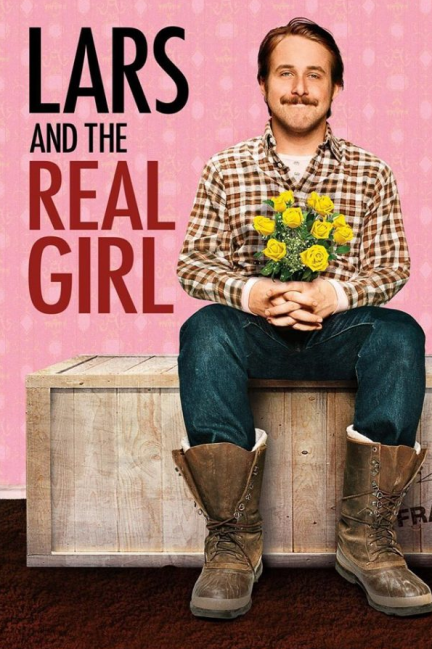 I kinda-sorta only watched this because it’s an earlier film from Ryan Gosling’s career with an oddball premise. Not to say I wouldn’t think this movie could stand on its own without him, but after La La Land, Blade Runner 2049, and First Man, I’m willing to assume comfortably that Gosling being involved with anything can help substantially.

My assumption proved wise, as Gosling is again stellar here. He isn’t one of Hollywood’s biggest stars for nothing (aside from being attractive, that is). One can feel the nervousness and uncomfortable aura that surrounds Lars through his performance. His odd mannerisms and lack of genuine expression make it clear that he is not ordinary; kudos to Gosling for bringing that out so vividly.

Wasn’t huge on Paul Schneider, however, most known as the boring guy off of Parks and Recreation. There’s always a sense of hesitation with him that I can’t really take seriously, especially when he’s clearly unnerved by situation with his onscreen brother. I couldn’t recall who he was while watching this, only remembering after the film ended, but it’s almost like I subconsciously connected him to the character I knew him from and automatically filled in the gaps. He’s (intentionally) boring there; here, he’s boring in that he doesn’t really do anything other than being uncomfortable or wishy-washy with everything. It seems to be his thing. 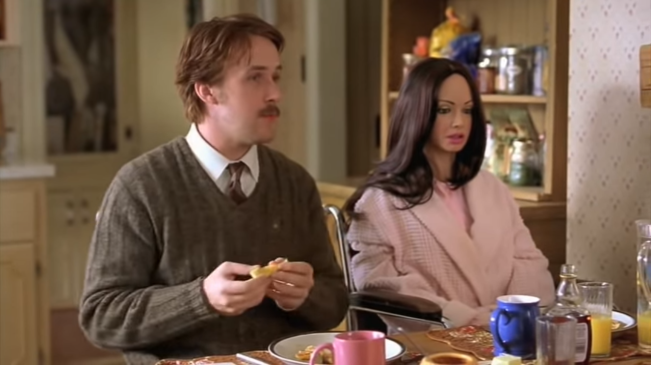 Another good performance came from Patricia Clarkson, who served as the doctor/psychologist of the film who vaguely treats Lars in his delusional episode. Perhaps it is a bias of being fascinated by psychology in general—her movements and actions always felt two-sided, or hitting two birds with one stone. Her calculative movements and interactions with Lars felt absolutely splendid, showing years of experience within her field. For this, I give kudos to both the writing for its cleverness and Clarkson for making it feel so captivating.

Enough of performances, though! Those are for boring cinephiles. This is such an earnest and wholesome film that somewhat traverses the dramatic clichés of its genre through the warmth of its characters and community. We have the set-up, the continuation where all is “good,” and the inevitable conflict that sets up the heaping of drama. We have the one-on-one argument that turns the tide of the lead character. We have the happy(-ish) ending where the lead grows from his experiences. The execution isn’t spectacular, and it isn’t a film that will recreate what it means to be a romantic drama. What it does to make up for it is good writing, good performances, and absolute quirkiness. 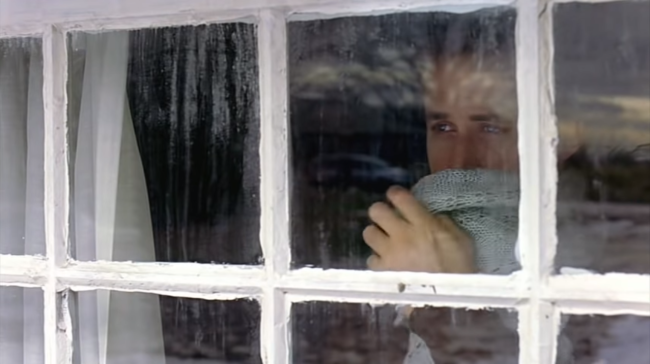 Indeed, such wonderful quirkiness made Lars and the Real Girl so fascinating to see unfold. I’ve seen twenty-one films thus far this month, and this is one of few that made time pass by awfully quickly. Trying to peer through the surface of why Lars chose to bring home a “love doll,” which may seem simple at first. Why would anyone bring home a love doll? However, the family dynamic between him and his brother (Schneider), peppered throughout the film through bits of valuable conversation, offers a dulling of clarity in Lars’s reasoning for his delusion. The focus on women here, which is (thankfully) not shoved into one’s face in a blatant fashion, is also important to note.

Quirky and caring, there’s a lot to like about Lars and the Real Girl, including an inclusive message of mental illness as something more than just a pitiful disease to scoff at. Almost like a rubik’s cube, the film is one that takes some work to completely figure out, though the instructions are simple enough to execute. Rough in its exterior (through the stigma of loving an inanimate object), the colors adorned are what make the essence of the challenge all the more appealing, exuded only through the player’s determination. What one gets out of this film is how they interpret it, or how they finish the puzzle looming underneath. Of course, it may just be sweet enough to satisfy regardless.