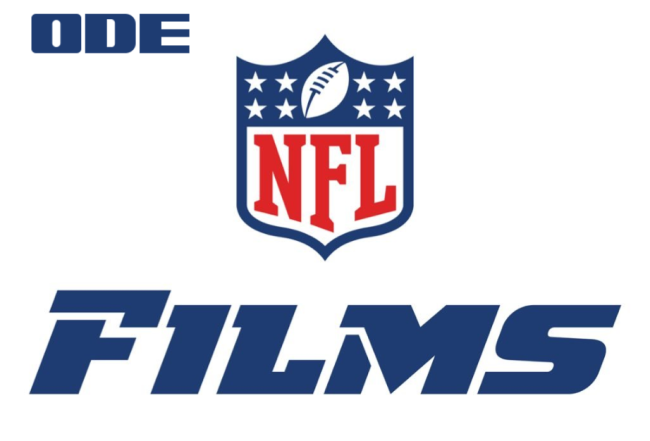 I was casually browsing Youtube last night, looking for some mindless entertainment to pass the time. While productivity is always good, sometimes there’s no better alternative than to give the brain a full-blown rest. On a whim, I decide to check the NFL Films Youtube account, and lo and behold, they uploaded a new Top 10 video since the last time I checked. Mindless entertainment no more: I was partaking in NFL history. Whether or not this constitutes as “productive” is up to the individual to decide.

Allow me to apologize for my past behavior. I’ve taken the reader on all sorts of trips to my younger years without any hesitation or warning, never taking into consideration the mindset of those who may enjoy living in the present. To alleviate this, I will warn that we are going to be delving into the past for this one (I delve into the past a lot, now that I think on it). We will be going all the way back to… 2012. B.A. (Before Anime.)

While other mediums such as film, anime, and video games are all rigorous in their quality as forms of entertainment and insight, football is one that has been strongly rigid in its clutch upon my person. Despite some level of disarray around 2015-2016 due to the horrid incompetence of the NFL referees (I’ve since come to terms with it), football has always been something I felt very passionately about—very passionately. I would go so far as to say that football is the leading interest I have in terms of staying power, as all other mediums have gotten stale in my mind at one point or another. Football has stayed consistently poignant throughout time; there’s a reason I tried to start not one, but two football blogs.

At the height of my football high (circa 2012), I watched a lot of programs on the NFL Network. One of the programs that appealed to me most was the Top 10 series that it could conduct on a wide variety of topics. Top 10 Quarterbacks of the ’70s, ’80s, ’90s; Top 10 Upsets (what I watched last night), Top 10 Revenge Games, Top 10 Tom Brady Games, Top 10 Peyton Manning Games, Top 10 Things We Love About the 2000’s, and more. I consumed these hour-long specials like they were from a limitless supply of chocolate that I won in some golden ticket contest. In fact, let’s see if I’ve seen all of them, based on a list from Wikipedia. Holy hell, there are 150 episodes. I don’t think I’ve seen “Top 10 Innovations,” or “Top 10 Meltdowns,” or “Top 10 Football Moves”; okay, so there are a few… out of 150 episodes.

The point remains is that I’ve spent a lot of time with the Top 10 series. As a result, I know a lot of random NFL trivia that is of absolutely no use to anyone outside of sports trivia nights that I never attend anyway. My understanding of the NFL and its history was directly aided by my passion for the sport and for its history (and history in general). Top 10 was an incredibly suitable outlet to collect all this information from, especially since it was produced by a subsection of the NFL itself. It even got to the point where I could almost predict what was to come from individual lists based on the information collected from previous lists. Top 10 Quarterback Duels, okay, it’ll probably have Aaron Rodgers vs Kurt Warner in the 2009 playoffs after what I saw from Top 10 Playoff Finishes. Things like that.

Currently, the official NFL Films Youtube page periodically uploads past and present episodes of Top 10 for me (and others) to peruse. The portion size isn’t quite up to my preferred standards (as in every episode ever), but they provide a decent portion of what they have, especially more recent episodes. Some episodes are split up into playlists consisting of videos detailing each entry into a specific list (which I find annoying). Some episodes are shown in full over the course of a 30 to 37-minute video. I almost never watch the program on TV anymore (mostly because I barely watch TV), so I’m very appreciative that the Youtube channel even bothers to put them up. If there’s anything I like in a sports video, it’s the combination of opinions, thrills, and a dose of history.

NFL Films’ Top 10 series is one of the foundations for my current wealth of NFL knowledge. It gave me the insight to know the pivotal plays attributed to games such as The Ice Bowl, The Greatest Game Ever Played, and the 1981 NFC Championship Game (birth of “The Catch”). It imprinted the names of NFL greats such as John Elway, Anthony Muñoz, Steve Atwater, Bill Walsh, Don Coryell, Otto Graham, Jim Brown, and Drew Pearson—to name a very minimal few—into my brain. It allowed a fledgling interest to blossom into a committed lifestyle (y’know, of backseat quarterbacking). Informative as it is entertaining, I’m glad it showed in bunches right off the heels of the 2011 season. I’m not sure how I would’ve been able to survive the offseason otherwise.