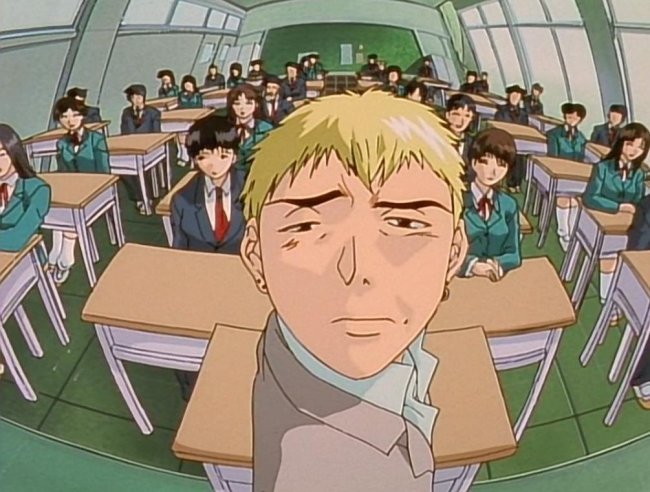 To begin this post, I will proceed to do the least egocentric thing possible and quote myself from a past article. These were my thoughts on Karakai Jouzou no Takagi-san in January of 2018:

“For those who have embarked on the journey of Takagi-san’s anime expedition, allow me, as someone who is up to date on the manga, spoil you on an unconscious thought you may have had watching the first episode: yes, this is likely what’s going to happen for the entire series. Because, seventy-two chapters in, Nishikata is still trying to find his first victory against Takagi. He’s still a stubborn lad who refuses to acknowledge his feelings for her or the fact that he enjoys her company. And Takagi still teases him to no end, with only slight hints at her affection for him.”

Where am I going with this? Why am I explaining my thoughts on an anime adaptation of a manga that I’m (still) currently reading? Just now (I literally got the inspiration to write this within the hour), it occurred to me that I have become an old curmudgeon who has seen too much. I am now a shadow of ThatAnimeSnob’s recurring verbose about “seeing it all before!” Attempts to indulge in anything new have now come with a special dictation: Will this go anywhere?

Karakai Jouzou no Takagi-san is a wonderful example of the type of “filler” I’m referring to in an ongoing story. Typically, this is more present in manga, but long-running Shounen anime and various slice-of-life’s will also impose this perilous new hazard of mine. In Karakai Jouzou no Takagi-san, a middle-school boy and girl are in a battle of wits with one another. The girl, Takagi, always wins because she’s more mature and wittier than the easily-anxious Nishikata. When I say “always wins,” I mean always wins. Nearly every chapter, no matter the context, has some form of competition between the two, and Takagi always gets the upper hand. The seeds of something more through subtle hints of romantic chemistry keep things spicy, but it feels more akin to a band-aid than a lifeboat.

The manga currently has 106 chapters scanlated into English, and the anime just started its second season. I have considered dropping the series many times in the past two years, but feel the updated-only-twice-monthly pace gives my mind just enough time to find a little breathing room, despite every chapter being nearly identical. How this series has impacted my expectations for future endeavors has run its course, nonetheless.

Yesterday, I tried starting a new manga called Sewayaki Kitsune no Senko-san, about a man working tirelessly to survive life getting a visit from a fox goddess that promises to take care of him because why not? After two and a half chapters, a thought occurred to me: “This is just going to be about a guy getting special attention from a fox waifu on a chapterly basis, isn’t it?” That was when the male character’s neighbor, an attractive woman around his age that seems to be asocial (Hmm…), entered the picture, and my interest plummeted to zilch. The pieces were being set to have a growing cast of wacky characters coincide with a bunch of zany situations involving this link to the supernatural in the fox goddess. Aimlessly. Without a goal. Wandering. Homeless.

I’ve simply experienced too much. With hundreds of anime to my name and a near-hundred manga, the prospect of reading something in fifty chapters that can be told adequately in five has me flinching. And I realized that this tendency to incorporate filler—in this case providing a comfy space with which characters simply interact with one another on a daily basis without much consequence—is becoming more and more a tendency in manga stories. Komi-san, which I at one point absolutely adored, has festered somewhat into this dependency of having characters ruminate amongst themselves on past or current events, without having things that spur progression actually occur. It’s become lost on a course that should be very wide, given the synopsis.

On some level, filler could also be the way a story presents itself through its themes or selling points. I’m more likely to regard something like Yancha Gal no Anjou-san, which is basically trend inside trend inside trend (gal girl lead + teasing + quiet, serious male lead) as “filler” than something that seems like it’s trying to tell a more compact story. It’s a story that I feel only exists to profit comfortably without speaking to the inner emotions of humanity. It’s a safe and unassuming foray into mindless fun. Filler. Nice to have in spurts, not so much for a healthy diet.

Y’know, thinking of how to frame this article is something I figured I’d come up with as I wrote it, but I suppose the only thing one can do with this thus far is interpret and discuss what “filler” within a written work could occupy. Almost as though I’m writing filler content about filler. I’m not trying to make any sort of declarative statement with this—just saying that I’ve become too experienced with the medium to tolerate it. I dropped a series yesterday because, almost three chapters in, it gave me the indication that it would drag on forever into a pastel eternity. That’s all it takes anymore. Leaves me with only so few options to read or watch.

From a more personal perspective, I just don’t have time to deal with it anymore. My online gig combined with real-life responsibilities, offline job, and other passions make filler all the more irritating to wade through. As stated before, many stories seem to take fifty chapters (or episodes) to say what could be in only five. Reasons for it aside, I’m less likely to invest in something in long spurts if I feel it won’t imprint anything into me than a feeling of waste and regret. Good and bad is fine and dandy, but something that says nothing—evokes no emotions or otherwise—is not a viable long-term investment.

I have nothing more to say. The floor is yours, reader. How do you interpret filler? How often do you indulge in it? Is it as much of an issue as I let on or am I suffering from recency bias?