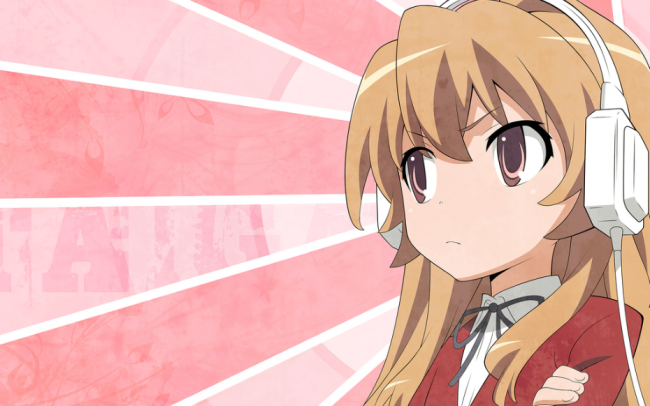 This is not going to be like my normal posts here on VV. Normally, I have something to say about a particular topic and express it with the most pretentious vocabulary. Instead, today will be a sort of “show off” post where I simply list some anime EDs/OPs I’ve found myself bopping my head to since anime corrupted my soul. I’ll link to each theme so the viewer can also take a listen while I offer short descriptions of the track and what I like about them.

Before the main content, I’d like to state that while this seems like an incredibly generic and/or standard post for any other aniblogger, note that I skip anime OPs/EDs 99% of the time when viewing anime. Saving those three minutes builds up in long spurts.

Kamisama no Memochou was one of the earliest anime I’ve ever viewed. Discovered during the first Summer of Anime event in 2012, it placed among my favorite anime within that bulky block of content. Even if today I don’t have the same infatuation with it as I did before (rewatching it dropped the score from 9/10 to 7/10), its ED remains splendidly upbeat… even if I don’t remember ever listening to it. The OP is far more nostalgic, though not to my taste.

I’ll be honest with all of you: I’m just looking through random anime (I’ve seen) OPs/EDs and listening, because I really don’t remember most of them. Here’s one I randomly like: Black Rock Shooter‘s ED from its TV adaptation. It’s not particularly inspiring, but there’s a somber simplicity to it I like, and it doesn’t sound like the vocalist’s voice in hyped up on helium. There’s a soul to it. Those are always nice to hear.

(Linked to the full song because there’s no ED upload that I can find on Youtube. Also, the accompanying image has little to do with the actual series. It’s weird.)

I have a confession: I love elevator music. That sort of upbeat, benignly simplistic beat that brings a satisfying relaxation a la ASMR to my ears. I’ve always been fond of it, feeling almost insecure when everyone else constantly mocked how boring it was. I always digged it. This song, like the previous song, is an ED that I don’t recall ever listening to, because again, I skip EDs/OPs 99% of the time. Hearing it now, I probably should’ve left that running. The level of “elevator” vibes I get from it is super lovely.

Also, Hyouge Mono is great and you should watch it. No one fucking talks about that anime. 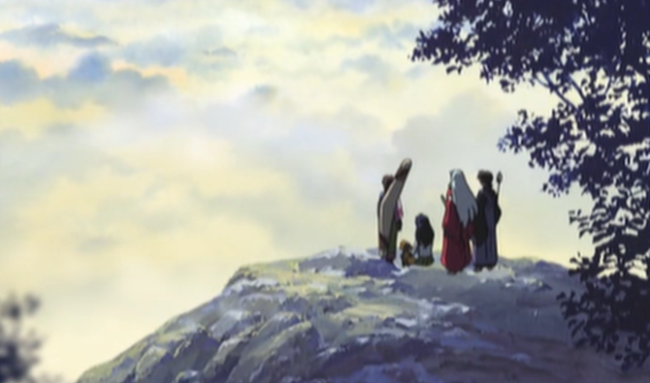 There are actually a few Inuyasha tracks I like, but this one and “Come” are likely my favorites. (Ah, fuck. I adore “Itazurana Kiss,” too.) Growing up and watching random episodes of the anime in my youth at 3 AM, it was a magical time to enjoy things. With anime specifically, I was always watching things completely out of order due to my inability to keep up. This and Dragon Ball Z were two series I would always watch snippets of and still be totally entranced by. I should really watch this series as an adult. My sister’s already watched a large bulk of Inuyasha about three times.

I get this series is regarded as pretentious and overindulgent and whatever, but this song is lovely. And the quality and psychological nature of the film(s) only adds emotional impact to the tone and lyrics to the song! Wow! It’s almost intentional!

Such a great chorus, more than anything. The way the sound layers and there’s a section of the song that sounds like the singer’s saying, “Shounen manga, you make me the baka!” is so weird and awesome. And the way she stresses “Beauuuuu-ti-ful wor-ld” is so haunting. Mrmmm. I really, really like this song, as you all can tell. I liked the films, too! You should watch ’em. You’ll definitely leave with some feelings!

This is likely my favorite anime of all time. With twelve EDs to its name and two OPs, it has to have something I like.

It came close: this was the only ED I liked.

Even so, the upbeat nature of this ED is actually somewhat rare; others are somber, more emotional and touching (god damn it). I really like the energy to the song, and the first ten-ish seconds are by far my favorite part of the track. I somewhat wish there was more energy throughout the series in terms of soundtrack, but I’ll take the wonderful character dynamic, satirical writing, and unique art style in stride. Thanks, Katanagatari. Thanks, Nisio Isin. Thanks, me from late 2012 who decided to watch this.

I don’t remember much from this anime. I watched it about two years too early into my anime-viewing career and understood none of it, because I’m pretty sure it’s supposed to be satirical. I remember it being odd. This OP makes me want to watch it again.

It’s shockingly catchy, considering I generally don’t like songs with really high-pitched singing that sounds super-duper cute. This one almost has a romantic flair to it, especially in the first thirty seconds, which I really like. The additional voices at work also give it a festive feel that feels… super anime, but nice. A good track I, again, don’t remember ever listening to.

What do you think of the tracks I posted here? What are some anime OPs/EDs that you enjoy?