Decided to update the cover image for these posts since the Switch is my preferred console of choice (when not reviewing games on Steam). The first post of the new year, and yet I still find myself playing older or indie games. It’s almost like I don’t like the current state of the mainstream gaming industry! Hahaha!

For those unaware, “My Day in Gaming” is an ongoing series of posts where I chronicle stories and thoughts on particular games I played on a given day(s) that may not accumulate into enough content for a single dedicated post. I try to get at least four games into each post and have them all played on that/those specific day(s), whether for a few hours or just a quick spurt. That said, here’s what I played today (and yesterday)! 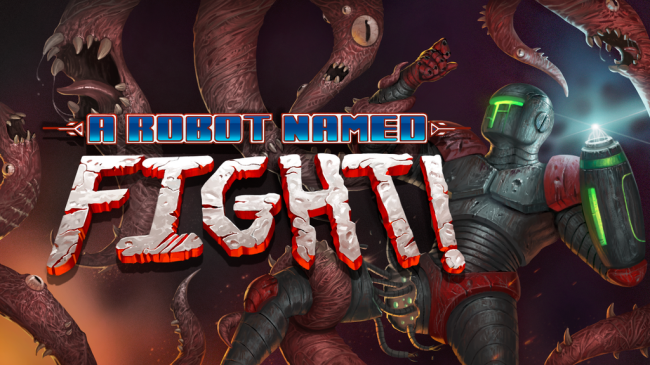 “Realistically, I could put this game in many “Day in Gaming” posts, as it’s been consistently one I’ve played in my spare time for the last year-and-a-half.”

It’s stayed true, even two years later. Though it helps when the developer continuously updates the game with more areas, bosses, and items. The most recent build comes with the Crystal Mines, an area that occasionally replaces the Factory and is otherwise a pretty interesting area.

Probably the most notable aspect to this area, aside from the lovely gaudy aesthetic, is the addition of a few notable references. Enemies that can be killed in one hit, which continuously respawn by flying vertically out of a tube in the ground, is an obvious nod to 2D Metroid titles. One of the new bosses called “Skin Deviler” will break itself apart and fling bits of itself at you and re-assemble on the other side—hello, Yellow Devil reference.

In terms of difficulty, I think it’s a tad easier than the previous Coolant Sewers area. The new collection of enemy types, while occasionally annoying (I don’t like the winged meat that shoots green bolts), are rather trivial. The bosses get less complicated with every run. This may have to do with the relative lack of items and upgrades one has when reaching the Sewers (second area) compared to the Mines (third area), but I’m never really hesitant to get the Mines the way I am with the Sewers, especially if I don’t have many health upgrades.

The new toys, however, are great fun. These “Booster” items are amazingly OP, granting an astounding amount of statistical boosts depending on one’s output of health, energy, or scrap. Getting any of these items are a near-guarantee that a run will fly by with mirthful chaos. I don’t much care for the Crystal Shell, as I’m rather hasty and run into things often (the shell causes twice the contact damage in favor of deflecting all projectile weapons), but I like how it looks. Matt (the developer) may soon realize that half the fun of collecting these shells is getting to see what Fight looks like with all the gunk on it. More spiky helmets a la Tyr’s Horns, please.

All in all, a pretty good update, though I find myself a little more impressed by the “Big Wet” build that introduced the Sewers. There’s nothing about this update that really… jumps out at you. Doesn’t have you… bracing for the walls. Hrmm. Oh well. Still a great game I would easily recommend. 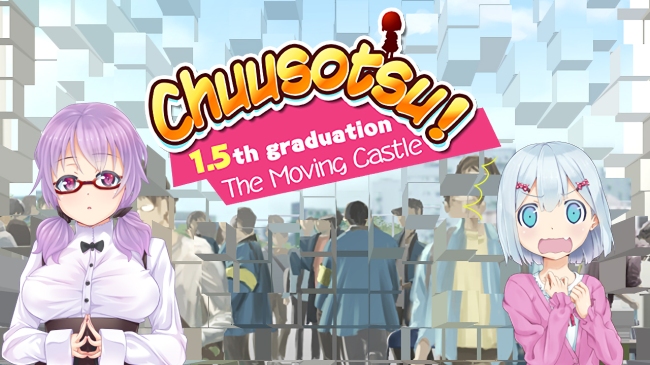 I don’t remember if I’ve ever talked about Chuusotsu on the blog before. For those looking at the above image and instantly falling in love, here’s the Steam page. I’d recommend it.

To my utter shock, the game got a sequel title (which doesn’t feel like a fully fledged sequel) about a week back, completely under my nose! I dropped everything and reached out for a review key, seeing as I had already reviewed the original, and got one! Finished just last night, I only spent time playing it today to collect screenshots. My official review can be found on KeenGamer, but in a nutshell, it had all the colorful appeal the original had, only in compact size and through heavy re-use of its own materials. It felt both lazy and inspired simultaneously, and considering the subject, that seems oddly possible.

As an added personal bonus, reviewing The Moving Castle would mark the first time I’ve reviewed a game whose predecessor I also reviewed (for KeenGamer). It seems weird that after more than two years and close to 70 reviews (that number just feels right), I just now review a sequel to one of the games I reviewed previously. Is it just me? I think that’s odd. Granted I review a lot of indie games developed by small studios, but I digress…

About the game itself, it’s a cute little visual novel (about two hours long) about accepting yourself and striving forward with one’s dream despite the hierarchy of trendiness being utter bullshit. I can dig that. Reading the first novel is heavily recommended, as a lot of the camaraderie and references to past events won’t have any impact otherwise, but should one have the time (and about $20 at the time of typing this, $30 normally), it got a feeble thumbs up from me. 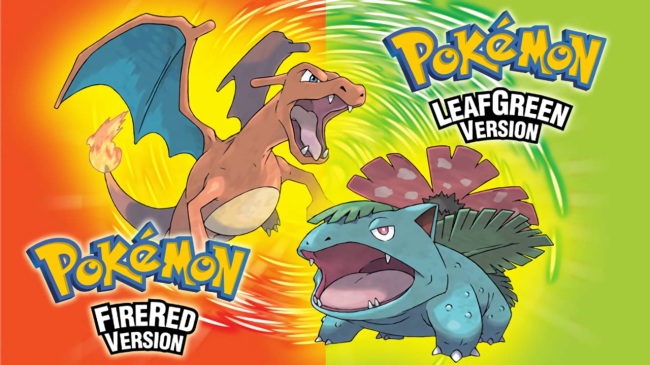 Fun fact: There are very few good images of just the LeafGreen cover on Google.

Playing Pokémon Shield a couple months ago seems to have reinvigorated my passion for the iconic RPG series. I played (most of) Platinum through November and December of last month, and now I’m chugging along with LeafGreen, with Emerald planned next and White after that. A Poké-thon for the ages, where I reassess just what I like and don’t like about the franchise and where I stand in the ultimate debate of whether the newer Pokémon games are bad or if I’m just really old. I’m just about to enter the Silph Co. building and my opinion of the game is almost set in stone. About that opinion…

I may not actively search for it, but I’ve always been under the impression that the first-gen remakes were among the most beloved and highly rated Pokémon games according to fans. People love the hell out of the first generation, and The Pokémon Company knows this, which is why they always flaunt it. FireRed and LeafGreen are the ’04 remakes of the first-gen games which, in hindsight, are kind of shitty due to all the technical glitches and incomplete mechanics. I remember adoring these titles when young and, just about four years, played through FireRed and gave it an 8/10. But four years is quite a while ago, and I think I’m a different person now. So different, in fact, that I’m comfortable enough to admit the following:

I (currently) like LeafGreen about as much as Shield.

So, LeafGreen has a giant assortment of trainers on practically every route, most with very similar pokémon teams, which gets pretty repetitive. Gyms are super simplistic to the point of being pathetic. The lack of any connecting overarching story, which I used to prefer, has become kind of dull. Pixel quality is somewhat lacking (especially compared to Ruby/Sapphire, which came out at the same time). There is a noticeable number of moves with randomly low PP totals. And for a game that came out in 2004, it feels surprisingly barren (outside of the billions of trainers). These are most of the larger complaints I have thus far, though I’m wondering how much it may change once getting to the numbered islands that are exclusive to this game, which most tend to agree are great additions. Regardless, it’s a somewhat disappointing playthrough.

And with the statement above, much of that comes from personal preference, rather than technical feats. Shield, for all its hand-holding techniques, at least had the Wild Area to fall back on and some interesting (if not one-note) mechanics. LeafGreen just kind of feels like a Pokémon game that hardly tries to do anything, steadfast in its resolve to adapt everything exactly the way it was. Still a technically good game, with a lot of the mechanics being generally up to date, difficulty at a decent level, and a nice variety of pokémon being available/viable in battle. Yet when I think back to how much I liked Platinum, this doesn’t really compare favorably. About as “pretty good” as a forced smile and a shrug can provide. 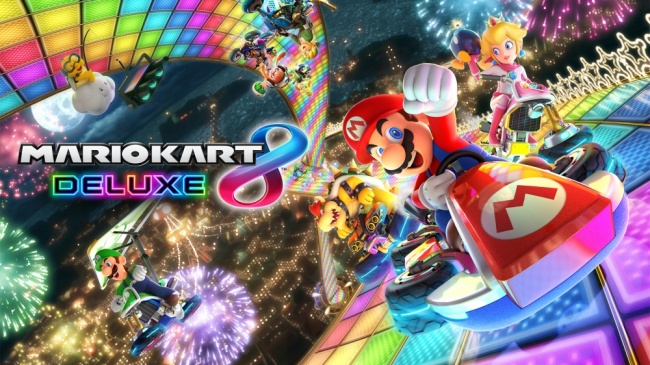 Finally, we finish off with a game that, despite my lack of mentioning, was among my most-played games of 2019. It’s making a pretty good case for this year, too.

My time with Mario Kart 8 Deluxe is almost exclusively online anymore. Something about playing against computers feels too… artificial? The irony is not lost on me, though facing real people in the heat of competition tends to be more fun for me, and I like the cumulative pool of points I receive for doing well. I’m proud to say that it’s rare for me to place within the lower half of a stream of 12 racers, and only certain levels (Cheese Land…) are a guaranteed bad run.

Recently, the folks at Nintendo organized a Mario Kart tournament that I attempted to participate in. Through a maximum of 24 races, the top 8 racers who accumulated the most points would win 2500 Nintendo gold points ($25 value). Generally (should you race with 11 other people; not always a guarantee), a first-place finish would reward 15 points, but if you had less than 12 racers, the points would lower… which is garbage and unfair, but whatever. Prior to joining the tournament, one can see the top three racers in terms of point total within the tournament, and the three when I joined were all around 350 points… which meant they had to have gotten first in over half of their races. After 12 races of my own, I got… 79 points. I quit then and there, convinced that it was hopeless.

Still, it got me back into the game, and I typically have enough fun to play for an hour or two with each session. I’ve also found that I generally start slow, then tend to improve as I grow more accustomed to the controls and stages. In fact, I think I’m going to play some more right now!

That’s all I’ve got for today. Is there anything you’d like to share about your gaming experiences recently?