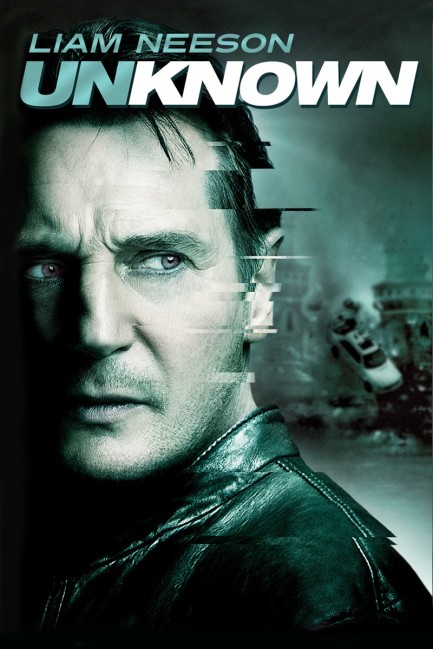 Coincidentally, there’s a whole lot of unknown going on in the world at present. I wanted to take this short space to wish people a safe and comfortable quarantine during these interesting times. I have been informed from my employment that they will be following the public tide and I have been laid off for the next three weeks. That should allow me plenty of time to watch films to end the month of March.

Similar to the last film, opening my thoughts on this film will involve my history with its main actor. Liam Neeson isn’t the star of one of my favorite films, though I consider him someone I respect when it comes to acting. For whatever reason, I’ve always thought Liam Neeson was an interesting figure, if only for what he brought to film. I somewhat blame Star Wars: The Phantom Menace, which he played a prominent role in and was a film I really enjoyed as a six-year-old. Let me reiterate: As a six-year-old. Since then, I kind of did a double-take whenever he was on the cover of anything, bringing back memories of Qui-Gon Jinn.

It’s appropriate that this is called Unknown, since I remember nothing about it. Even watching through it, I could empathize with the main character in that I remembered nothing. Even seven years ago, I didn’t give this a super flattering rating (6/10), so if I’m willing to give things like The Benchwarmers the same score, it probably goes to show what I preferred at the time. Unknown is a dark, gritty, action-oriented thriller with a lot of gray-blue lighting. Didn’t make me laugh, so it was mediocre.

With the added benefit of experience and a clear head, I can now confidently state that this is still pretty mediocre.

Do you like Taken? Do you think you would like Taken with a mind-bending twist? Then you’ll adore Unknown. It’s essentially a continuation of Hollywood’s fascination with Neeson as an action hero which, personally, I don’t think fits him. Give it a bit of a heroic sense of justice, which Neeson’s character gets to enact as redemption for his past in the end, and it’s a story of gradually uncovering the big picture of corruption. Doesn’t really elaborate on the “evil” aspect, either—bad guys bad because money and power.

But because a film doesn’t necessarily thrive on critical thinking doesn’t mean it’s bad. It’s for a different type of crowd, one that only slightly hinges upon what I’m interested in. I liked the progression of Neeson trying to find his identity, and all the means he’d go through to find out the truth. If nothing else, being within that ignorant zone was probably the most immersive part of the experience, as most of the action scenes were kind of boring and/or edited really sloppily, and the end was… eh. At least with the hunt for information, Neeson felt more natural as an actor and the caged feeling of helplessness boosted things along to turbulent effect. Once freed, it made me realize how barren the whole thing was, so that didn’t really help.

For those looking for a specific mood of suspense and action and… dark spy action boom-boom stuff. Not really James Bond as much as it is the aforementioned Taken, though it has enough of an identity (for a film named Unknown) to offer some passable entertainment for a bored individual. Occasionally hilarious in the way Neeson delivers lines or the amount of stock sound effects the editing uses during car chases, which may either harm or boost interest, depending on one’s intentions. I watched it for Neeson, really. Even back then I can recall watching it for Neeson. Not sure I’d watch it for many others.