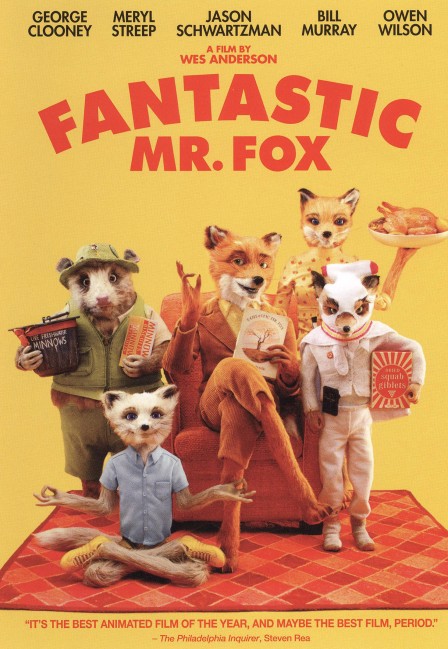 To commemorate the Wes Anderson style, this post will be short and straight to the point, starting now:

Fantastic Mr. Fox is a very charming picture. Well acted characters in vocal form. Many agree with this notion. I am not completely fond of many Anderson works. Most are above average, some are greater slightly. This is the best, when measuring by my standards. Or… perhaps not. Let me ponder on this.

Yes, this is the best. I will now proceed with my negative criticisms.

It can feel a little stale at first. What some may know about Wes Anderson is that he is weird. His weirdness is charming to some, not to others. This did not flatter me until about halfway. The story’s main plotline is like a good root. It spreads and provides nutrients to all other aspects. Some of the lesser roots try to take on the main root’s job. It doesn’t work.

Anderson gets a little ahead of himself. I won’t pretend to know him, but I could make an educated guess based on his work. Quirkiness can be cool, except when it makes things uncool. Ah well, a little dirt on the picture doesn’t hurt much.

Would recommend it. Don’t underestimate its emotional power. Or its storybook appeal. Give it a good think while stressing your eye sockets.

My March of the Movies Archive.