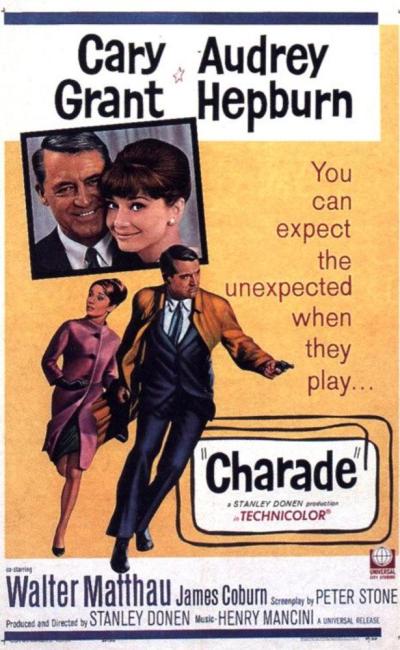 Animal Crossing has sufficiently taken over my soul. Gonna try and get this out before the day ends.

I haven’t seen many of Hepburn’s films, despite her notable place in Hollywood’s history. Watching Sabrina a couple years ago, I was able to appreciate some of the charisma she brings onscreen, even if fighting against a script that feels more demeaning than empowering. Here, she’s given a little more of a bite, though the era still creates a trapping that establishes her more as a trophy than a person. Many would find this nitpicking, but for me, it’s just the consequence of being self-righteous.

This is a pretty interesting whodunnit that I can take fairly seriously. Some of the more grim moments are pretty silly, which could be attributed to the era. The sense of urgency being shot only hurts within the minds of those who feel this is a dramatic murder-mystery, and not Cary Grant and Audrey Hepburn flirting with each other for 90 minutes. Hepburn gives some decent reactions to the prospect of being killed, only it’s followed up by a fight scene that looks out of a comedy. Some awkward cuts, along with clashing genre fusion, makes this kind of hard to watch.

Still, it was quite fun, and the whodunnit spin was done fairly well. I didn’t guess who it could be, and I watch a lot of Forensic Files. Writing was pretty up to par. The leads had good chemistry. Recommendable as something that could fill the void left by, uh, something. Fun and pretty self-aware. It’s good. Writer’s block is killing me right now, sorry.