A big thank you to Blerdy Otome for the tag. Go read her post before reading mine.

This is a topic I’ve discussed somewhat on my blog (only covering my childhood days), but never to the extent that it probably deserves. With this tag prompt, I can go into detail on the kind of games that both fastened my love of gaming while also describing the path that led to the person I am today.

While some simply decide to list 5 games that impacted them the most, I’ve decided to spread them out based on my age. One for early childhood, childhood, teenage years, etc. That way, I’m not just listing the same games as I did from the Top 10 I listed above… mostly. Some repetition will occur, considering my opinions haven’t changed drastically since then. Nevertheless, expect a lot of personal stories from me throughout this post.

This section will be pretty short—I’ve already discussed this game’s impact on me and the “first game I ever played” spiel is one that’s been said plenty of times already.

The Donkey Kong Country series has a special place in my heart. All three games in the original trilogy are among the first games I ever played; the first being the first. My overall thoughts on their quality aside, they represent a time in my life when gaming was all that mattered, with no responsibilities to think of—hell, I could hardly think. The only goal was to get to the flag at the end, barreling through bonuses and baddies along the way. They were the foundation for my love of 2D sidescrollers, and even now I prop the three titles up among my favorite games of all time. Nostalgia is a powerful force.

Childhood – A Collection of Gamecube Titles 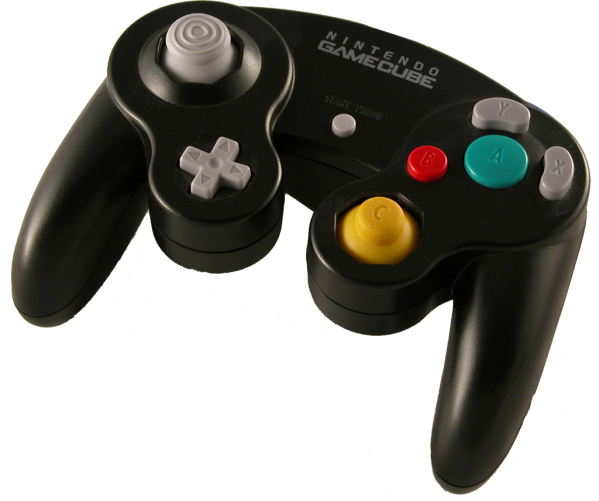 Yeah, this is technically cheating, because this includes a ton of games. Truth is, I can’t think of any one game that had the most impact on me between the ages of 7-12. Custom Robo, Super Mario Sunshine, Soul Calibur II, Metroid Prime, Super Smash Bros. Melee, Kirby Air Ride, Animal Crossing, Mario Party 4, Rogue Leader, Mario Kart: Double Dash, Sonic Adventure 2: Battle, The Sims 2, Luigi’s Mansion… how can I choose?

This is what I consider my “golden era” of gaming. The moment school ended, I would run back home (thankfully, my elementary school was a three-minute walk from my home) and play incessantly until dinner time. So many games, so long a period. Years flew by on that Gamecube(s), playing for enormous amounts of time on multiple first-party titles and a few oddities here and there. While I played the Nintendo 64 and multiple handheld devices often, it was the Gamecube that took up more of my time than any other game console, only to be overtaken by the Wii that would come afterwards.

However, I will give a little special attention to Paper Mario: The Thousand-Year Door, which almost made the top pick for this timeframe. In the end, I wasn’t as fond of it as some of the other games to make it on this list to justify propping it up above others. What it did have, though, was immense staying power and a personal history of frustration. To nutshell it, I rented Paper Mario a few times, never getting it past Chapter 5. That would haunt me for years, until I eventually acquired the game to keep and blazed through it. Extra details can be found in my Traveling Thoughts series on it, should anyone be interested. 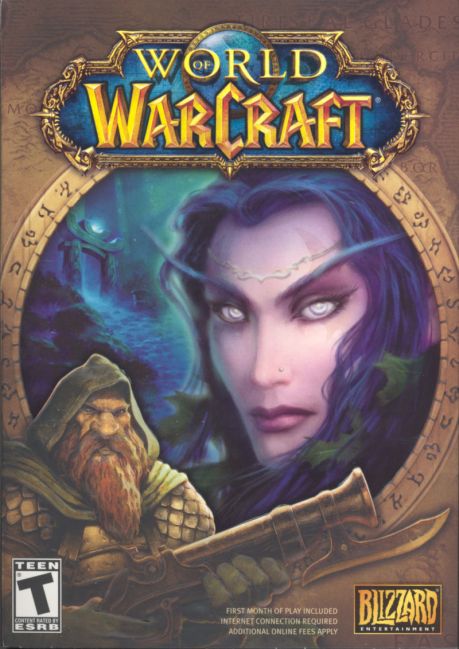 Time spent on private servers included, this is my all-time most played game. Ever. The once-great (personal opinion) MMORPG served as such a pillar in my life that it made a home for the rest of my family. Indeed, upon my trying the game for the first time, every single sibling (4) followed (with mixed results). My journey began when I was 13. I am now 26. I still play it (on private servers). So, it wouldn’t be far-fetched to say that I’ve been playing this for half of my life (not accurate, but not far-fetched, either).

From humble beginnings to the end of Cataclysm, I played the ever-loving fuck out of this game. Nine-hour sittings on the weekends? No problem. Well, kind of: my siblings wouldn’t have appreciated it. Reinforced my deep love for fantasy, working towards long-term goals, and RPGs with a lot of freedom and history. Enveloping myself in the world of Azeroth is the kind of thing that my teenage brain found overwhelming(ly awesome). While the direction of the current game is not to my liking, I can still take pleasure in playing past iterations via private servers. RIP Excalibur.

While not complete, I also have a Traveling Thoughts series on World of Warcraft: The Burning Crusade to those interested in knowing my thoughts in more detail.

In case the numerous football-related posts on this site weren’t enough, let me reiterate that I love football (Americano). In many ways, I prefer football over other interests of mine, including films and anime/manga. When you combine a fledgling obsession with the #1 interest of mine? There’s magic to be had, and I grabbed hold for years… on this one title, which I refused to budge on. For why that is, please refer to my ode post.

I got into football seriously about four weeks into the 2011 Regular Season. 18 years old; my father had finally gotten a son interested in sports, far past the point where he’d given up on it. Although, he did have a stepson interested in sports, and said stepson had a copy of the latest Madden NFL game. Once my interest in the sport skyrocketed, there existed a mutual bond between my two biggest passions, shared in that very game. Football, but in video game form. I can now control the pastime to my own whims, playing out all the things I was far too out of shape for. Those first few months were magical… I practically became a hermit.

Lately, the game hasn’t been played much. There’s simply nothing else for me to do which hasn’t already been done extensively in the past. I did play it with a weird stipulation recently, but that was likely a one-time thing. Interest in playing virtual football doesn’t compare to the real thing, but when my passion was intense and the offseason was an arduous waiting game, Madden NFL 12 ensured I was never without it.

(I’m using this instead of the game cover because it’s way better.)

Recent visitors of my blog could have predicted this. Fire Emblem: Three Houses is my latest game obsession, the likes I haven’t felt since… well, look up. As of this writing, I have put more than 350 hours into Three Houses, which is ludicrous considering my previous schedule of working two jobs. I’ve completed five runs and have half-completed an additional two. It seems I cannot (and probably will not) ever get tired of it for long.

What makes this extra ironic is that every game featured on this list prior to Fire Emblem was something I was actively, anxiously awaiting (except Donkey Kong Country, considering I couldn’t comprehend rational thought). There was some measure of expectation with all of them that I would be absolutely absorbed in whatever I played, because everything just felt right going into them. Three Houses? It was a purchase of curiosity. I thought, “I liked Awakening fine, and this looks interesting. Why not?” And then I played it for 350 hours. Life is fun when you live it.

What can I even say that I hasn’t been said in my few posts on it? Three Houses is great for character development, strategy tactics, and immense personality. The characters I love, I adore. The gameplay that is fun never stops being fun. With the latest Cindered Shadows DLC, it only gave more of what was already there, complete with new characters to follow and interact with. As if I needed more reason to play, it did. Could there be more? I don’t even want to imagine it—my life would be in tatters. I love Three Houses, and it had a huge impact on my life in a very unexpected way. Those are always nice to have when life doesn’t surprise you anymore.

I’m going to tag whoever read this. Make a post like this! I want to read it! Just be sure to link back to this article so I know you’ve written it!

For more opinion pieces like this, check out the associated archive!