Here we have yet another anime I started years ago, only to finish it now. The one difference with this anime is that I managed to make it all the way to episode sixteen before putting it on-hold for years. For whatever reason, I lost all interest in finishing the series. Days turned to months, then turned to years, as I gradually accepted the fact that if I were to finish the series, I’d have to start over again from the start. But sixteen whole episodes to rewatch? My motivation was not as willing as my curiosity. It wasn’t until a few weeks ago that I decided to bring the series back as the finale of the Summer, both as a testament to my desire to finish it and as tribute to a friend who holds this series with high regard.

So why did I never finish it years ago? As the rewatched the series, I questioned why I would want to put such a creatively unique and whimsical show on-hold for so long. All the charm of the optimistic story and the zany antics of the penguins impressed me the same way they did the first time. I reached the halfway point of the series, and the answer began to slowly show itself. It wasn’t so obvious to me at first, but as the episodes continued to roll on, it became clear to me why my interest waned so long ago. But I’ll get to that later on.

What may be Penguindrum‘s selling point is the director behind it. I mentioned briefly in my Tsuritama review of my thoughts on Ikuhara’s works and creative endeavors as a director, but here I’m almost obligated to mention the passion he puts into his works. Without spoiling too much, I feel the sort of symbolic carnival he showcases in Penguindrum is both a strength and a fault. There are times when the intrigue and the mystery behind the things being shown to the viewers are ripe with underlying meanings and delicious irony. For some time, the anime had a tendency of almost parodying itself with its fairytale-like premise and settings. The way that Ikuhara showcases plot progression and character interaction is miles more humorous, clever, and loving than most anime I’ve seen in my lifetime. And I believe this is all very evident… in the first half of the show.

Before I go on, for those who have noticed the large gap in time between my finishing AnoHana and this, it should come as no secret that the Summer had burned out my desire to continue watching anime. Hell, that’s most of the reason I decided to abandon Beck; not that it was bad, but because I didn’t want to deal with a series so abundant with drama and overcoming adversity. This feeling of “For God’s sake, please let this be over with soon!” may have affected my overall feeling of Penguindrum‘s second half. I know this is unfair, but for what it’s worth, I simply wasn’t in the mood for a dramatic eruption. Had I watched this in the beginning of the Summer, maybe it’d have been different. I don’t know. I can’t go back on it now.

This is where the answer to my question from years past comes into play: the series was simply too much. This, I feel, is the fault of Ikuhara’s works; if everything isn’t absolutely perfect in terms of character relatability/likability, story comprehension, or overall immersion within the show and its world, the climax of a series so loaded with irony, symbolism, and fantastical feats comes across as tryhard. That is why I stopped this so long ago. The plot moving forward the way it did, the characters suddenly becoming pawns for the plot instead of their own characters, the increased vagueness of what was actually happening to everything and everyone. The twists, the turns, the shock. Everything came pouring forth as if a dam burst, and the energy and reveal behind everything was drowning me within its neverending and powerful waves. Of course, I hadn’t gotten to that point years ago, but I could sense it, the inevitable opening of a path with smoke in the distance. I didn’t want to face it, so I didn’t. It wasn’t until now that I decided to push through my innate hesitation, and made it out alive.

I’m making this out as something bigger than it really is.

Without the spontaneous jargon, the ending of Penguindrum was an exclamation of how little an impact the series left on me by the end. But boy, did the series try to impact me. It has everything from shocking reveals to reality being augmented. Every little quirk and build-up from the first half of the series suddenly becomes much, much too real, and all the information isn’t just thrown at you, but shot at you out of a cannon, repeatedly, episode after episode, without giving you time to breathe. It almost feels rushed, but at the same time, I feel it was handled expertly in a fashion to strengthen the drama to its absolute peak, and for that, I can commend it. The entire second-half was about twisting the tone of the story to suit the demands of those craving answers, action, and aggressiveness. It is Ikuhara’s stamp of approval upon the otherworldly type of drama he seems to adore putting into his works. Though, I can’t say that certainly as this is the only series from him I’ve seen in its entirety. 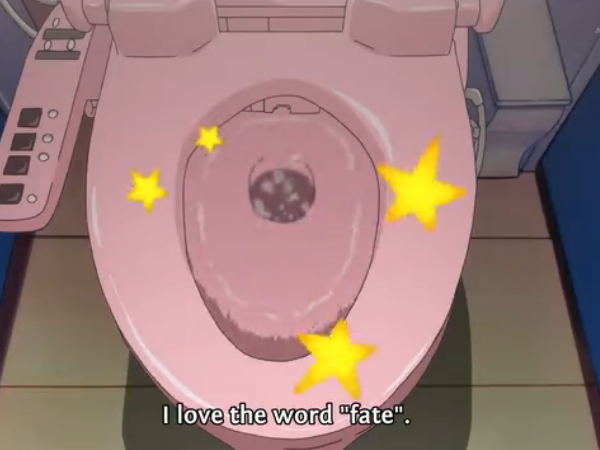 I’ve come this far without really saying anything about the show’s most basic parts, which is astounding to me. However, said basic parts are what make the second half so underwhelming. Can I really say I cared about any character? I certainly liked most characters, but did I really care? Did I care about the story? Did I care at all? Was this just a display of Ikuhara’s art, wrapped in a conveniently-packaged decorated box full of artistic integrity? Or was this a story he genuinely wanted to tell? By the end, I can answer all of these questions. Whether they’re correct is up to the beholder.

I didn’t care about the characters, really. Most were likable and appealing to varying degrees, but when the drama started to unfold and the tragedy became unjust, I barely felt moved. It’s almost like the works of Gen Urobuchi, famous for writing Fate/Zero and Majou Shoujo Madoka Magica. The stories are interesting and detailed, but I don’t feel connected to the characters enough to care about the horrible things they’re being subjected to. Good series altogether, but it doesn’t have that subjective “oomph” to them that puts them past the threshold of good to great.

Nevertheless, the first half of the series was wonderful. The amount of enthusiasm and spectacle being put forth, with only minor/subtle additions of drama and foreshadowing, was an absolute delight to partake in. The most obvious ploys were with the penguin sidekicks, who were vague representations of the characters’ subconscious. Spotting all the little signs that foretold certain events were great fun to look for, and the expressions and delusions of various characters had the charm to keep me interested far beyond the point that it probably should’ve. Had the series continued its run within this territory, I probably would have rated this series higher.

On another note, there’s something about the series that’s odd. I don’t recall which episode it starts, but there seems to be a switch that’s flipped. When it does, the characters become tragic, openly pessimistic, and broody in their subconscious. One could make the argument that they were always like this and the series neglected to show it, but why make it so clearly optimistic, then change it for the sake of changing tones? I don’t recall much of a point where these hidden ambitions of various characters were foreshadowed or hinted at in the beginning. This shift seems to be the boiling point for all of my frustrations with this series. One moment, the series is cheerful and subtle with its execution. The next, the characters don’t care for their original goals and act completely out of character. Or, sadly, like someone who would realistically act in the face of tragedy and nothing else. At least they retain their running jokes.

Animation is another vocal point of Ikuhara’s works, and it comes across here just as vibrantly as one would expect. The animation is lovely, putting it mildly. The amount of running jokes, symbolism, expression, artistic milestones, and design are all enough to envelop the viewer into the world without needing any explanation. It works very well with the story and makes enjoyability skyrocket, but not enough to save the series from its errors. It would be difficult to decide whether the story or animation for Penguindrum is superior, but the animation has its own way of telling a story, and without it, the series wouldn’t be the same. Especially symbolically. The amount of effort put into each frame is, ahem, electrifying. If this series has a flawless category, it’d be with animation. Story is more profound, but falters in the second half.

A very good series in its own right, some subjective flaws dispel it from achieving the ranks of other classic titles. I didn’t feel that burst of animosity and outrage by series’ end, but I felt enamored by its effort and the intrigue it puts into it. Ikuhara, as I’ve stated before, is a director that loves what he does, but sometimes it comes across as too much for me. Nevertheless, if all directors put as much effort into crafting a story the way he does with every project, anime would be a much more respected medium. I appreciate Ikuhara for the work that he does, even if his projects doesn’t always rub me in all the right places. Mawaru Penguindrum is one such example of a series that is ripe with energy and creativity, but when push comes to shove, despite its best efforts, it leaves little wiggle room for my heart to shake.