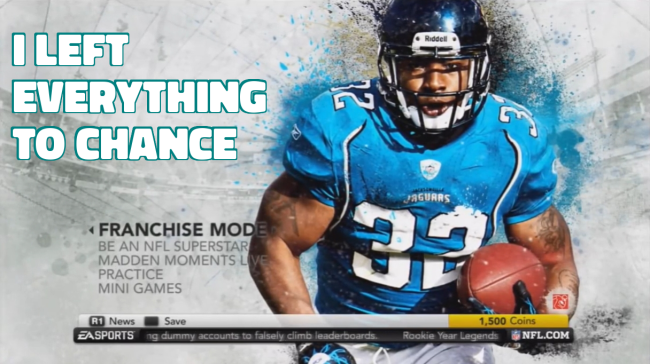 I realize the audience for this specific post is tremendously low, but this is something of a journey that I’m quite pleased with. After watching Jon Bois and Kofie Yeboah destroy the NBA with horrible players, I was inspired to do something similar, but without the intentional sabotage. Playing Madden 12 for as long as I have, it finally clicked upon watching the aforementioned video: I like playing football, but I love creating football. I love assembling the teams, creating the scenarios, and doing all I can to improve every position. Think of it like those auto-chess games, where you establish the setting and plan for what’s ahead, then let the AI handle all else. I did just that, only with Madden 12. END_OF_DOCUMENT_TOKEN_TO_BE_REPLACED 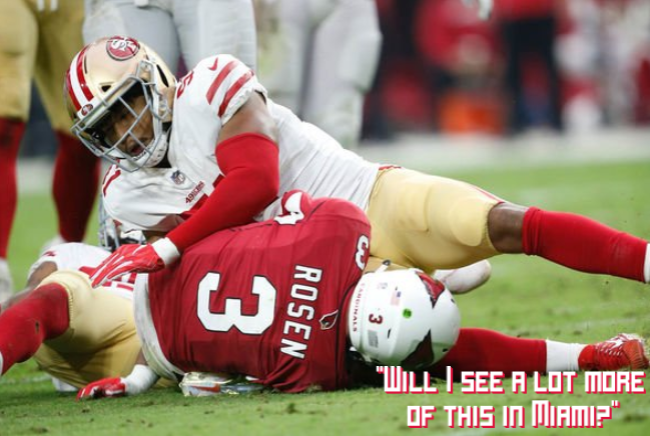 I inexplicably took a week off from blogging. Let’s come back with a follower favorite: football!

Don Jones, a second-year safety for the Miami Dolphins, was fined an undisclosed amount of money and suspended from all team activities after tweeting out a couple of messages in response to Michael Sam kissing his boyfriend on national television. The tweets in question stated “Omg,” and “horrible.” In response to this, the Miami Dolphins have ordered Jones to enter a sensitivity treatment program if he wishes to continue being a part of the team. Because if anything is going to thwart the homophobic nature of Mr. Jones’s mind, it’s sensitivity training.

Last year, there also happened to be a little scandal down in Miami when offensive lineman Jonathan Martin left the team after he was subsequently bullied by other members of the team, ala Richie Incognito. The response to this resulted in a several month long investigation behind what exactly led Martin to leave the team. The evidence they gathered was shocking, horrifying, and most of all, nothing worse than what I say or do to my dearest friend. Richie Incognito was suspended, then released from the Miami Dolphins following the 2013 season.

What has this taught us? Feelings must not be hurt. No one should be offended. The world has to be a perfect place of harmony and peace. Being mean gets you a time-out. Or a spanking. Scratch that last comment; that’s “child abuse.”

Now, the purpose of this entry is to voice my own opinion toward Don Jones’s suspension. I will try my very hardest to ensure that my language is calm, collected, and most of all, non-offensive. Now, I’ll begin with Michael Sam’s monster black dick entering the slobbering anus of his sex-crazed, white boy toy.

Don Jones got in trouble for using an acronym and a word. Above everything else, the tweets didn’t have a clear meaning. He later stated himself that the tweets were in response to Michael Sam kissing his boyfriend. Sounds bad. Sounds homophobic. We can’t have homophobia in the NFL. Kill him.

Here’s a theory I have on the matter. Remember the Go Daddy commercial with the short, pudgy, unattractive kid making out with the supermodel whose name I can’t recall? Remember how disgusting that was? Remember how long that commercial even lasted? I never remember seeing it a week after it first aired. Why is this? It might be because everyone was in agreement that it was disgusting and petitioned to take it off the air. Why was it disgusting, though? It seems as though the United States, despite how much some of its citizens revel in rebellion and freedom, are still accustomed to letting their private matters be private, specifically with intimate relationships. In other words, eww, PDA.

I wish Michael Sam the best with the St. Louis Rams, however with all of the depth they have at his position, his chances are slim. I wish Don Jones the best with his sensitivity training, and hopefully he doesn’t emerge from the facility as a man of the LGBT’s scorn. Most of all, I wish the NFL the best, as their actions are becoming more and more fickle in my mind. Eliminating the extra point? Terrible.