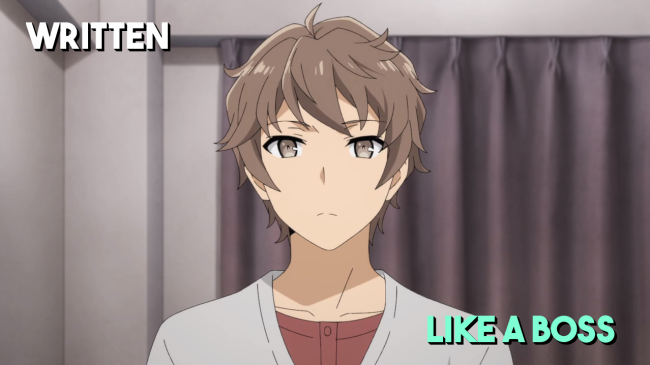 A couple things to note before I begin:

There has been an enormous wave of praise for this particular season of anime, with titles such as this, Sword Art Online: Alicization, and the fifth season of Jojo’s Bizarre Adventure. With this title, however, it came as a bit of a surprise hit, with its average ranking on MAL slowly rising as the series continued, eventually nestling within the top 100 all-time (currently #67). Among common praises such as “good writing” and “great character chemistry” comes the adoration of one character in particular: the male lead, Sakuta Azusagawa. END_OF_DOCUMENT_TOKEN_TO_BE_REPLACED